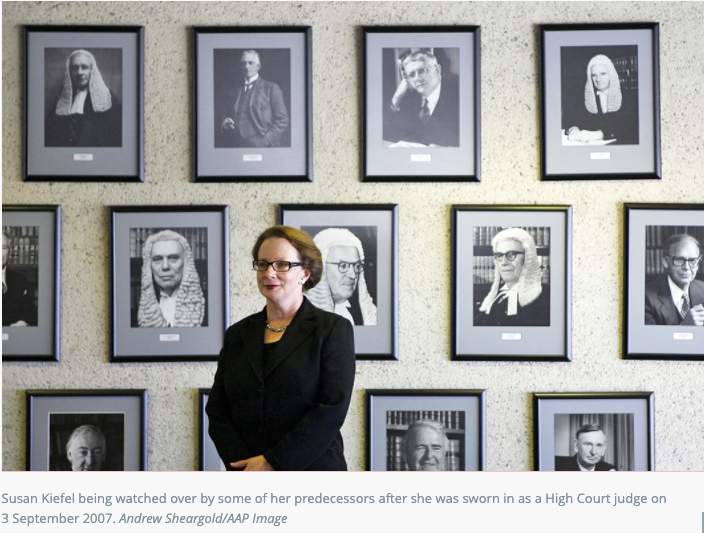 BroadAgenda Wraps the Week: radical impatience for change; the Dyson ‘enablers’; and the baby ‘no brainer’

So, when we note that 8 of those nation’s handling the COVID crisis best are all led by women – well, that says something doesn’t it? Eight out of eighteen seems statistically significant to me! So too does the data reported in the HBR this week that suggests:

“Countries with women in leadership have suffered six times fewer confirmed deaths from COVID-19 that countries led by men.” 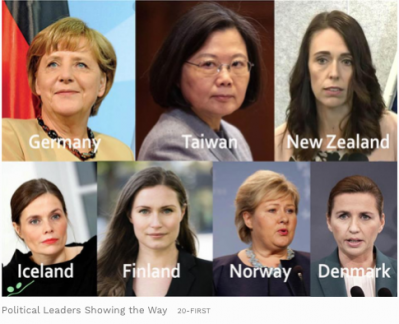 In a powerful speech last week the Executive Director of UN Women, Phumzile Mlambo-Ngcuka, said the COVID-19 pandemic “has changed our world and our world view.”

But has our view changed enough to force through actual change? Legislative change, social and cultural change? Because goodness knows we need it!

The latest global stats on women’s absence from leadership and power are heartbreaking. Men still hold 3 out of 4 seats across parliaments and all key decision making bodies, Including global health organisations.

In what sounded – for all its muscle – like a good old-fashioned rally-cry, Mlambo-Ngcuka says “women are radically impatient for change”. She says young feminists are “energised… as they see that incremental change has not worked” and “the elders are tired of waiting.”

Well, I say … hallelujah to that!

One of the articles that really got me pondering the possibilities of progress this week was penned by my cherished colleague at the 50/50 by 2030 Foundation, Prof Kim Rubenstein. Published on BroadAgenda and Inside Story. Kim puts the Dyson Heydon High Court investigation, that found he had sexually harassed six young female associates, under a gender lens and asks:

“Would an all-male leadership team, or even a team with just one or two women, have shone light on the inappropriate behaviour of one of its own?”

They Dyson affair was supposedly an ‘open secret’ in legal circles, until the mere fact of having a woman in charge, with two other women on the bench, sent a message of possible cultural change to younger women who had long been silent. Chief justice Susan Kiefel’s steadfast determination to investigate no doubt enabled the women complainants to speak up, without the threat of career retribution.

In her excellent piece, Julia Baird calls out the enablers: “Who knew … and failed to do anything?” It is the bystanders and the enablers who we must now eyeball. 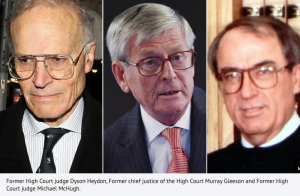 Never one to hold back, it seems Amanda Vanstone is doing just that by naming names.

Meanwhile, Catherine Lumby says we need to go even further back to root out sexual harassment and discrimination in the legal industry. She says it starts at law school.

In other Gender News this week, it should come as no real surprise to see Saudia Arabia ranked the Arab world’s top nation for gender equality. Anyone who heard the courageous dissident scholar Madawi Al-Rasheed speak at Griffith University last year, during her first visit to Australia, would know that the Crown Prince of Saudi Arabia, MBS, is a whiz at PR!

This week also marked a change to the Australian Paid Parental Leave scheme, but will it make much difference? Well, it certainly doesn’t get anywhere close to the 26-week scheme our favourite neighbours in New Zealand now enjoy from this week. Not surprisingly that global media poster girl – Jacinda Ardern – has made “child wellbeing a central focus of her government.” She says parental leave is quite simply a “no brainer”.

Oh, if only the rest of the world’s political leaders – including Australia’s – had a brain like hers! 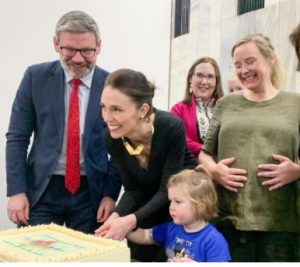 Sadly, our beloved media platform BroadAgenda has been experiencing a few aging problems this week. For a few days she pulled down the shutters, took a Bex (with a slug of Gin) and went to bed. No amount of cajoling could rouse her.

But her absence didn’t stop us publishing, so check out the feast of good reads that we’ve stockpiled during the week – up online now. And if you missed it – I urge you to read the excellent article by Karen Brooks and Jim McKay on the NRL’s government sanctioned privileges during the COVID lockdown. It’s a powerful comment on male leadership and tactical manoeuvres.

In fact, so good are some of our publications this week, that we’ve noted a number of other online media outlets ripping them from BroadAgenda’s ailing body and re-publishing them! We’re delighted by that!

A very happy and carefree weekend to you – with plenty of sunshine and joy.

And as always – happy reading!