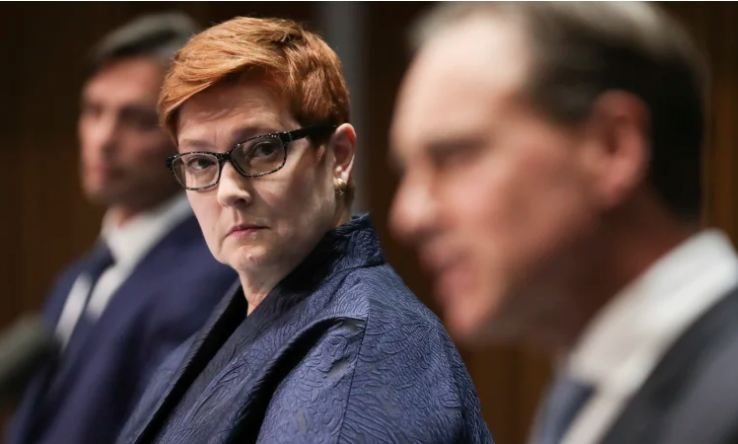 BroadAgenda’s Week: A Minister, a missive … and super Mums

In her recent Op Ed published in The Strategist, ‘The pandemic’s gender imperative’, Senator Marise Payne calls on governments around the world to be more responsive to the specific and urgent needs of women right now:

“Regardless of where one looks,” she writes, “it is women who bear most of the responsibility for holding societies together.”

Reminding readers that this year marks the 25th anniversary of the UN’s Fourth World Conference on Women, in which 189 nations signed the Beijing Declaration and Platform for Action (the most comprehensive roadmap for gender equality ever produced), the Minister for Women calls on:

“governments to recommit to the principle that women have the same right to participate in decision-making as men do—that their perspectives must be accounted for.”

For her Australian constituent’s – ergo you, me and the 12.6 million females around this nation – it is encouraging to see the Minister insist that:

“policymakers at all levels need to listen to and engage with women’s rights organisations when formulating responses to this crisis, and when preparing for the next one.

The guiding question always should be: are women and men affected differently by this issue, and, if so, how can we achieve fairer outcomes?”

If the Senate Select Committee on COVID-19 takes the Minister’s words to heart – and we have every expectations that it will – then we look forward to a detailed and thorough appraisal of the submission filed this week by the Snap Forward Feminist Policy Network.

Yes, that’s a direct shout out to each of the Committee members! (And if you would like to give them an encouraging nudge along, you’ll find them listed here…) 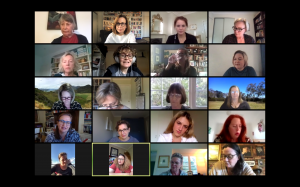 So, who and what is the ‘Snap Forward Feminist Policy Network’? Apart from being a rowdy bunch of clever, committed and connected people – who zoom with zest – the SFN’s submission has been endorsed by an impressive list of 80 leading feminists, scholars, equality advocates and women’s rights organisations.

I haven’t seen women galvanise as quickly and as purposefully as this for decades… which prompted my little ‘Late night missive’ to the COVID Committee Senators.

Whilst the SFN submission has preoccupied all of us at BroadAgenda this week, so too has the wider world of pandemic and policy (after all, what else is there right now?). Last weekend we published an Open Letter regarding the Senate Inquiry into Domestic Violence, written by leading academics, Prof Louise Chappell and Asso Prof Susan Harris Rimmer. The fact the Inquiry didn’t take any submissions, or engage expert consultation, enraged many women. But on the flip side of this controversial issue, others argue there has been enough talk, enough ‘review’ – we know what needs to be done. We just need the political will to do it. Would another long, public inquiry have made a difference? Well, Chappell and Harris Rimmer make a pretty persuasive argument.

Prof Jane Goodall delivered part 2 of her excellent and thought provoking series on economic ‘value’, with a focus on the “Universal Basic Income – free money, or economic stimulus?”.

Meanwhile, with ISO lockdown slowly lifting and as we start to stare at our work wardrobes wondering if anything fits anymore, new mom Elizabeth Cowen confesses to finding a bit of comfort in being ‘stuck’ at home. But will her partner be brave enough to embrace home based work long term? (We’ll stay tuned on that one!) 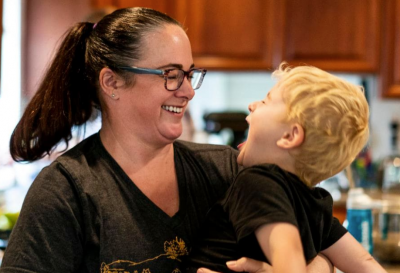 Gender News this week is again a feast of good reads:

Jenna Price pulls no punches (does she ever!) musing over the Coalition government’s inability to properly recognize the value of women to society. New research highlights young women as the demographic most stressed by COVID-19; while a global Citi report warns up to 31 million women face unemployment as a result of COVID, which will knock $1Trillion from world GPD.

Much musing over ‘mums’ this week, with the Atlantic’s essay on the ‘many faces of the Wine mom’; there’s the ‘Harvard mum’ on what should be a discourse on public guilt that is instead personalised as some weird form of private shame; and that perennial pain in the neck – women and ‘choice’. It’s their choice, right? All those pesky inequalities …. low paid jobs, insecure part-time work, pay gap woes, lack of promotion and leadership status … we all know women just make bad choices, right? Wrong! (Just ask Richard Denniss about the ‘lie’ we tell ourselves about so called ‘choice’). 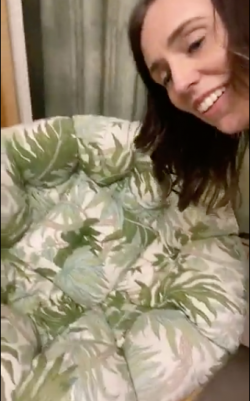 And to end on the mother of all mothers – NZ PM Jacinda Ardern. It seems the New York Times just can’t fawn enough over this ‘supermom’. (Frankly, nor can we!) This week it’s a fascination with Ardern’s ‘Straight Talk and Mom Jokes’ (about pongy nappies) as she sold her nation ‘a Drastic Lockdown’… and takes her facebook audience on a quick whiz around the room to show off her favourite cane chair!

Before I bid you a happy weekend, a parting note on perhaps one of the most controversial ‘conversions’ of all time. Norma McCorvey, aka ‘Jane Roe’, who flipped sides after winning the 1973 abortion case ‘Roe vs Wade’, which not only legalised abortion in the US, but energised the women’s movement worldwide, has apparently done a double take on her death bed. A new doco released last weekend shows her confessingto being paid half a million dollars by evangelical anti-abortionists to ‘convert’. So, her lie about telling a pro-abortion lie in the 70’s, was in fact a lie …all along.

One can only hope Norma now rests in peace. I think?