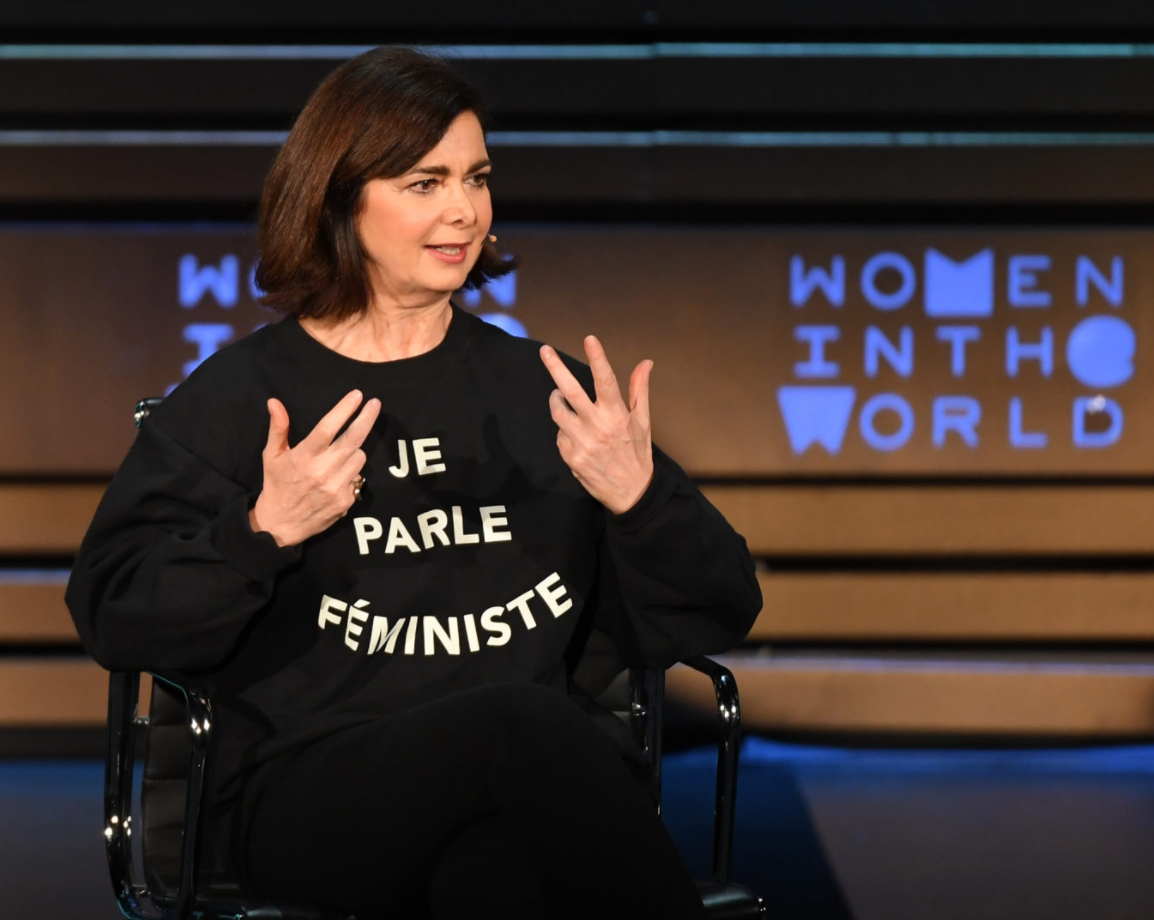 I must have a face that looks permanently confused, because I find men often feel the need to explain things to me. But unlike Rebecca Solnit, author of ‘Men Explain Things to Me’, verbose male instruction doesn’t make me laugh uproariously.

Rather, it makes me want to bang my head against a wall.

According to the RAI this is a ‘solution-based model’ to encourage more Australians to join the 9 million who live and work in regional Australia. Ten shiny new faces were added to the RAI website – all men. Not a single woman.

What? No women needed at this new ‘first of its kind’ ‘solutions’ table?

Alerted to this outrageous ‘oversight’ by that ever feisty Carol Schwartz, our fast and furious gender equality vigilantes at the 50/50 Foundation, Prof Kim Rubenstein and Trish Bergin, bashed out a ‘please explain’.

With the click of a mouse ‘See no women. Speak no women. Hear no women. No problem here?’ was published in the Canberra Times and BroadAgenda.

Then, voila! In the space of a day, 4 women were added to the new Council. See, it’s not that hard! (We’ve since arranged to meet with the somewhat harangued RAI CEO, Liz Ritchie. Her poor head must be spinning with the speed of change!)

Obviously, the RAI realised this was a bad look. But it should not have taken a media whack from the 50/50 Foundation to ‘fix it’.

More importantly – why on earth was Minister McCormack prepared to launch an all-male council – with no women – in the first place?

And no, he didn’t explain that to me. Another unnamed chap did via social media. As they often do.

Apparently, only men could be included because it was a council that has the important job of representing “major corporations”.

Another man who explained something to me this week – but in an explanation I welcomed – was Josh Frydenberg.

On Monday we published a thoughtful and challenging article by Prof Jane Goodall, A ‘magic money tree’ Mr Treasurer?, in which she referred to the Treasurer’s recent Ministerial statement in which he used the term “Australian’s know there is no money tree”.

Goodall suggested the reference was “a loaded statement”, as it harked back to a “notorious” TV comment made by UK PM Theresa May, in which she responded to a nurse complaining about wages with a classist slap down about the lack of a “magic money tree”.

Frydenberg explained that he had never heard the May comment before and had no knowledge of that reference, and that if he had he would never have used such a phrase. He was genuinely disturbed by the suggestion that he was deliberately speaking down to Australians who will be hit hardest by the economic shock caused by the COVID crisis. His sincerity in this was palpable.

But the bit the Treasurer couldn’t explain was why both his Ministerial Statement on ‘The economic impact of the crisis’ (12 May), along with his NPC Address (5 May) on ‘COVID19: Australia’s path to Recovery and Reform’, failed to mention ‘women’ once. War got a mention. But not women. Nor woman.

Was this an oversight? Didn’t think of it? Does Treasury not think women are economically impacted by the pandemic crisis?

Sometimes it’s very useful when ‘Men Explain Things To Me’. Indeed, to all of us.

On this issue… hopefully, there will be more to come.

This week the Snap Forward Feminist Policy Network, convened by the 50/50 Foundation, completed an excellent submission to the Select Committee on COVID-19. A large group of formidable and incredibly generous women authored this. It will be released to media and published on BroadAgenda next week. Stay tuned!

Also this week, alarming news about how badly COVID is corroding ‘hard-one gains by women in STEM’. The report delivered to the Minister provides particularly miserable reading for STEM researchers.

It’s been a flat chat week in Gender News – which is well worth a read, or at least a good scan: nationwide frustration over the Senate Inquiry into domestic violence – that took no public submissions and held no public hearings; fears too about a childcare subsidy ‘snap back’.

Is there a tool to measure gender bias in the workplace that might work? These researchers think so; McKinsey’s new report may have found that ‘diversity does not equal inclusion’, but it does equal profitability; and the really important stuff – elastic waistbands (I love ‘em!).

On money – women’s success in securing venture capital is plummeting; while in the US it seems women are losing interest in shopping, thanks to ISO.

A sobering note on which to end. We know Italy has taken a terrible thrashing over COVID. So it’s no surprise to learn that women are all but absent from Italy’s national political and economic COVID councils and committees.

Here in Australia women are similarly absent from the national power tables. And we are similarly incensed by such unacceptable omission. But at least our Italian sisters are demanding a voice, with female Senators petitioning the government.

Where are Australian women MP’s and Senators, the Minister for Women and her Shadow?  Where are their voices calling out for greater female representation at the national table? The silence is deafening. Why?

Happy Reading and I really hope you enjoy a relaxing weekend.

I think we all deserve it!