It’s 25 years since Hillary Clinton uttered the immortal words “women’s rights are human rights”. It was at the UN’s 1995 Fourth World Conference on Women and optimism was high that we were on the cusp of change.

But as Sex Discrimination Commissioner Kate Jenkins articulated this week in her opening address to a conference celebrating 25 years since that seminal meeting in Beijing: “Sadly, global rights have … taken a step backwards”. Or as French President Emmanuel Macron recently noted: “It’s no secret that, in 2020, the Beijing Declaration would have no chance of being adopted”.

COVID-19, as we know, has shone a spotlight on women’s social and economic rights, while right-wing governments continue to turn back the clock on sexual and reproductive rights. How on earth did we end up here? 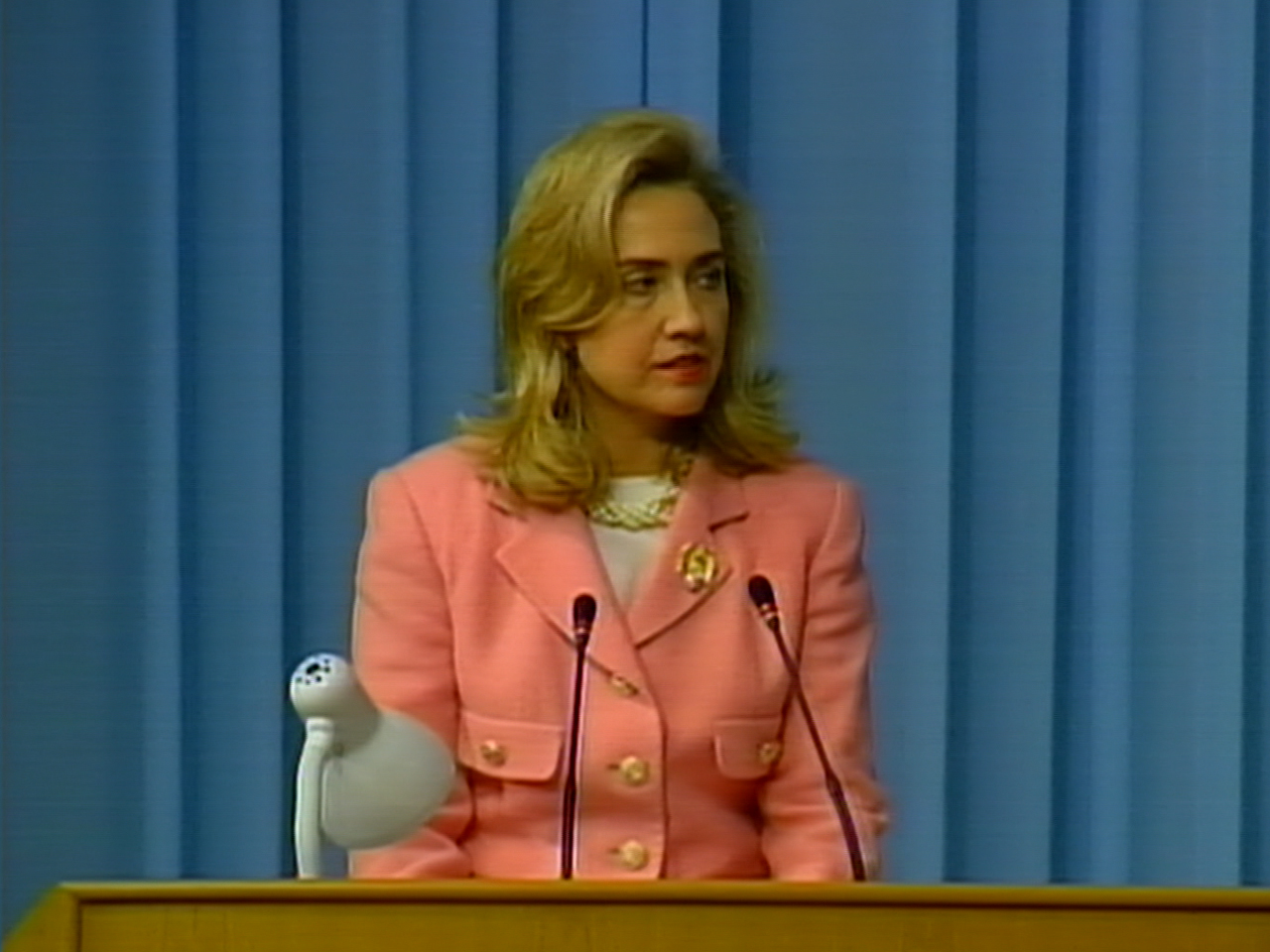 Hillary Clinton in Beijing in 1995.

One significant aspect of the global response to COVID-19 has been the unquestionable success of women leaders in managing it. Which highlights an issue close to our own hearts – leadership. Particularly women’s leadership.

As of April 1, 2019, the global average of women in national assemblies was 24.3%. It would be easy to assume the low global average is due to male-dominated nations in the developing world where fewer women have access to education and opportunity. But as Liz Cowan so clearly articulates in BroadAgenda this week Australia – despite our excellent rates of women in tertiary education and an abundance of privilege and opportunity – is not doing so well, particularly if we look specifically at women in Cabinet positions. NSW, for example, might have one of the most popular (female) Premiers in the country but it has only 21% female representation in its Cabinet. The ACT and NT, on the other hand, have 56% female representation.

Affirmative action matters, as do role models, mentors and support from partners and spouses.

Cowan dissects the inaugural speeches of sitting female cabinet ministers and comes to a number of conclusions: affirmative action matters, as do role models, mentors and support from partners and spouses. On the other hand, these women tended to be apologetic, thanking their husbands and families for “putting up with them”. If you are interested in this topic, the 50\50 Foundation will hold a seminar How Women Won Canberra on Tuesday 8 December at 3.30pm which will cover the topic of female representation in politics in detail. You can find out more or register here.

It’s worth noting new research this week revealed that while women are the majority of employees in the Australian Public Service, their numbers dwindle dramatically with levels of seniority. So while women make up 60% of the APS, they make up between 42-45% at the two highest levels.

But back to Parliament. As Four Corners so devastatingly revealed a couple of weeks ago, there are some serious systemic sexist and cultural issues within Parliament House. So serious that 50/50 Foundation co-directors Kim Rubenstein and Trish Bergin this week called for a full inquiry, to be conducted by the aforementioned Kate Jenkins.

Get the culture right here and one can foresee more than a trickle down but a flood of expectation about how things should be done in the Parliament.

“It is time for Australia’s Sex Discrimination Commissioner to be given the resources to conduct a national, independent survey of people who work or have worked in the Australian Parliament,” they wrote in the Canberra Times and BroadAgenda.

“Get the culture right here and one can foresee more than a trickle down but a flood of expectation about how things should be done in the Parliament and elsewhere. With the issue raised so squarely, now is the time to examine, review, recommend and regulate what happens in Australia’s most symbolic and important workplace.”

In 2016 New Zealand led the world on legislation for domestic violence leave.

Meanwhile, in federal Parliament, Labor is introducing a private members bill to legislate 10 days of domestic violence leave. As Laura Tingle notes in her new Quarterly Essay, New Zealand is ahead of Australia on a vast range of bold economic social reforms and, it is therefore unsurprising, that it was the first country to introduce such a bill in 2016.

The bill comes as the number of women killed by their current or previous partners reached 48 this week, including three deaths in a single day.

An article in Women’s Agenda noted: “And so it is that two women can be violently killed in their homes within the space of a single hour in Australia on Monday without it attracting national news coverage with the urgency that two separate deaths otherwise would.”

Had two sharks claimed two lives at different beaches within the space of an hour on Monday, tell me it wouldn’t make front page news?

It goes on: “Had two sharks claimed two lives at different beaches within the space of an hour on Monday, tell me it wouldn’t make front page news?”

As Hayley Foster, the CEO of Women’s Safety NSW told The Guardian: “2020 will be remembered as the worst year for domestic violence that any of us who are in the sector have ever experienced. There [have been] more strangulation cases, so many threats to kill, so many more serious head injuries and sexual assaults [have been] going through the roof.”

Meanwhile, the UN’s COVID-19 Global Gender Response Tracker found that of the 2516 measures globally, only 992 measures were “gender sensitive”, the majority of which (704) address violence against women and girls.

And one last piece of gloomy piece of information before we move on. Three heavily pixilated images – of a man beating his wife, of female genital mutilation and a man raping his wife – make up a new advertising campaign from the UN. The point of which is that “all three images would be illegal to post in public yet all three acts are still legal in many countries around the world”.

On a final note, we are delighted to see a number of articles singing the praises of new workwear –  such as “cashmere cardigans and joggers, headbands, and other cosy garments that fall somewhere in the ‘healthy in-between’ of pyjamas and blazers”.

Sweatpants and sprouting hairs are the new normal.

(For anyone interested in what has happened to the global fashion industry in light of 2020, I can highly recommend this podcast from earlier in the year titled Sweatpants Forever.)

Another article in The Guardian had this to say: “Quite reasonably, in 2020 many women contemplated their tweezers, shrugged, and thought, ‘There’s a pandemic happening’.” Head shots displaying newly drab hair, starved of highlights for the first time in years, have been shared on social media in the manner of surprising natural phenomena. Legs have bristled beneath the embrace of thermal leggings. Chins have sprouted solitary hairs, like lone flags atop the summit of Everest, fluttering proudly in the wind. It was not a strike, per se, but a nationwide grooming hiatus.”

I, for one, celebrate the new unkempt, braless, stiletto-free, free-ranging hairs of our nationwide grooming hiatus and pray it will last a long, long time.