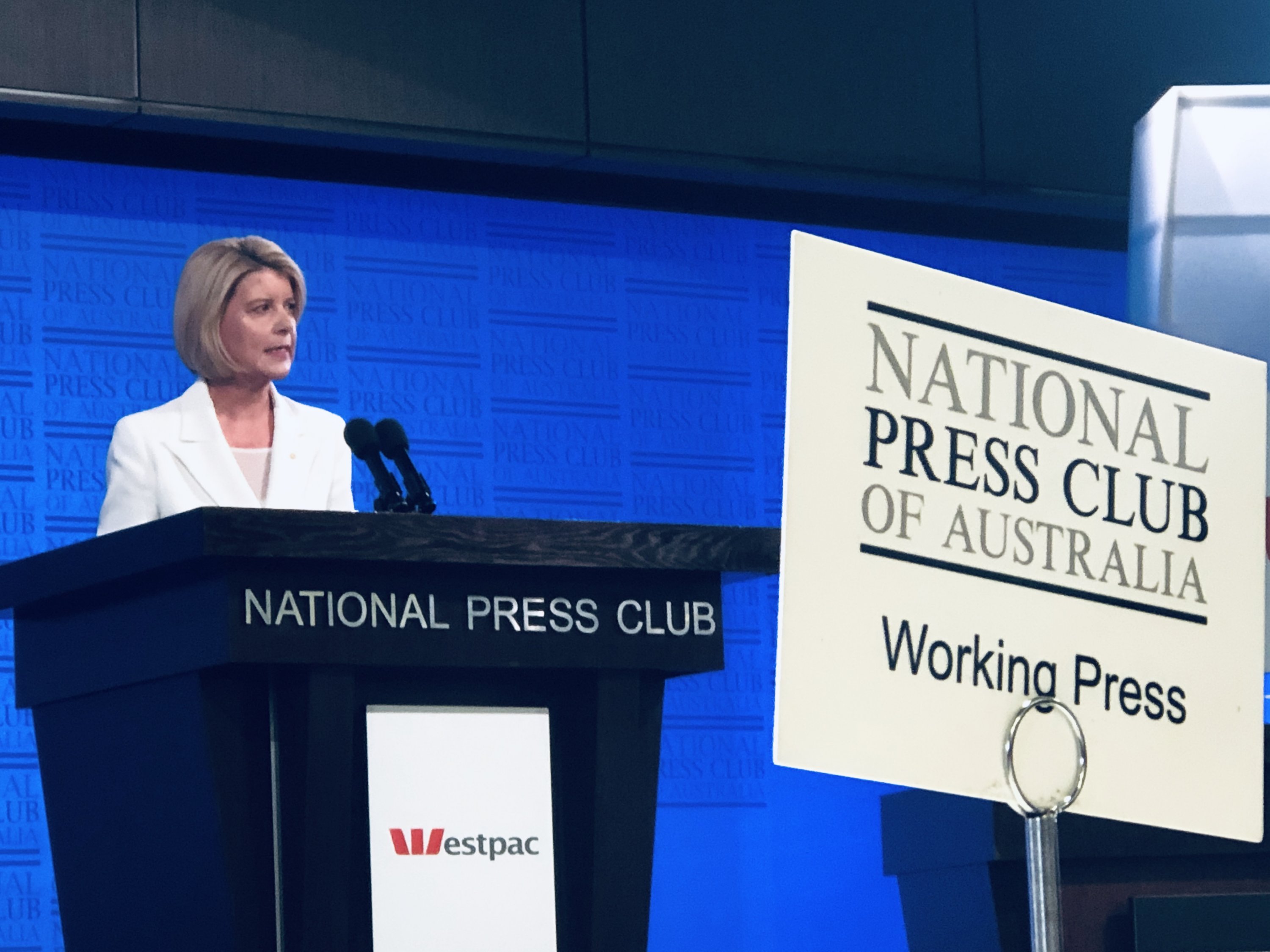 Six months ago, on February 19, just as we were getting more than an inkling that a shape-shifting virus was in our midst, Hannah Clarke and her three children were murdered by their estranged husband and father. Beyond the particularly barbaric nature of the murder, what happened on that otherwise normal day in a leafy Brisbane suburb is shockingly unsurprising.

As Natasha Stott Despoja, chair of the domestic violence prevention organisation Our Watch, told the National Press Club this week, on the 34th week of 2020, 34 women and 38 children have lost their lives in diabolical circumstances, often after years of physical, emotional and financial abuse. Police across the country respond to a call concerning domestic and family violence every two minutes.

Just weeks after Hannah Clarke and her children were immolated, and the memory of that horrific death was still raw, just a few suburbs away another woman Jacqueline Sturgess was attacked with a sledgehammer as she tried to collect her few belongings from her ex-partners home. He left her body where she fell and went to buy some grog at the bottle shop.

The escalating violence that is gripping homes across Australia and the world has a new name: the shadow pandemic.

The media is filled with reports of increasing incidences and severity of domestic violence – a symptom and a consequence of the pandemic. As Stott Despoja said: “The very technique we are using to protect people from the virus can perversely impact the victims of domestic violence”. 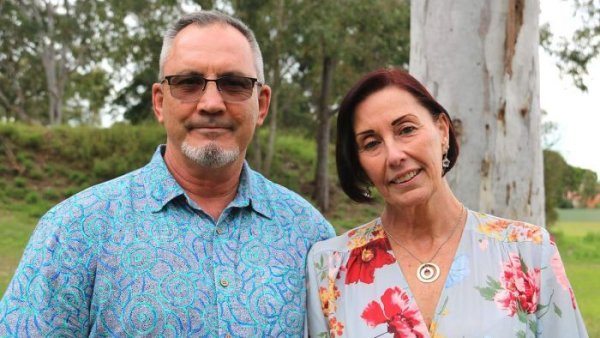 Indeed, reading this gruelling piece by Amanda Gearing in The Conversation leaves one queasy. She writes: “The dozen women I have interviewed so far liken their situation to domestic terrorism, in which they are hostages who will spend the next six months trying to protect themselves and their children.”

As the crisis escalates frontline workers talk of being besieged by new cases and of promised money and resources from governments not flowing down to where it is needed most.

In the meantime, anti-violence advocates, including Hannah Clarke’s parents Lloyd and Sue Clarke, are pushing to have coercive control and petrol dousing prohibited by law in Queensland.

Amid all the emotion-sapping reports and statistics, there are occasionally small moments of hope. In Canberra, for example, a local philanthropic group the Snow Foundation donated $6000 to a group that helps women moving from shelters into public housing with a household start-up pack – pots, pans, linen, cutlery, plates and a microwave – the practical basics without which they cannot get on with their lives.

Women are losing jobs and work hours more than men, are taking on more caring responsibilities, are accessing superannuation that will imperil their financial security as they reach retirement.

It’s not just domestic violence. It’s that women are losing jobs and work hours more than men, are taking on more caring responsibilities, are accessing superannuation that will imperil their financial security as they reach retirement. The list goes on.

As Wendy Tuohy in The Age reported: “Experts are warning of a generational financial catastrophe for young women and of severe hardship for women intending to return to work in their 40s after time out for child rearing.”

Meanwhile federal stimulus spending has a focus on “shovel-ready” jobs in industries that employ few women. As Stott Despoja and others have repeated: governments need to apply a gender lens to their budgets and policy decisions. And they need to do it now more than ever before. 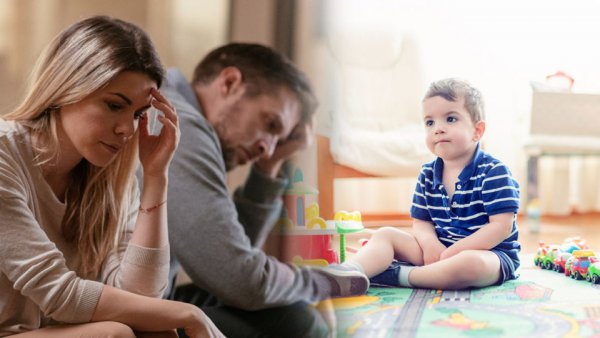 An excellent article in the AFR by Sam Crosby, executive director of the McKell Institute, put forward a compelling – and highly entertaining – argument as to why childcare should be free.

“Our confusing, inefficient, and unfair system of childcare is what you get when you take an industrial system designed for male breadwinners and adapt it ad hoc over time for the increasing participation of women,” he writes.

“I know there’s a stubborn tendency in some circles to continue viewing childcare as a discretionary service. But given it is completely essential to most working parents it makes more sense to think of it, like payroll tax, as a levy on employment.”

It’s no wonder women are enraged. And especially so in the United States. As America celebrated the 100th anniversary of the 19th amendment which gave white women the vote, Donald J Trump tweeted: “I have done more for WOMEN than just about any President in HISTORY!”

It’s unsurprising then that The New York Times ran a report of a new class of political activists –  the Rage Moms – ordinary, angry women “who find themselves expected to be teacher, caregiver, employee and parent is fuelling a political uprising”.

In other news Malala Yousafzai has graduated from university and is inviting us all to join her feminist book club.

The wonderful Helen Garner ponders ageing – or as she asks “is a woman of my age allowed to be happy when the world is going to hell in a handbasket?’

Like the world outside my quiet house, time turned itself upside down and inside out. The daily work habits of 40 years went up in flames and new ones sprouted from the ashes.

“Like the world outside my quiet house, time turned itself upside down and inside out. The daily work habits of 40 years went up in flames and new ones sprouted from the ashes,”

In BroadAgenda, we ran a sensational piece by Jim McKay and Karen Brooks on why the Australian War Memorial is awash with funding while Canberra’s other national cultural institutions can barely afford to open their doors in the morning. Unsurprisingly, it’s all about boys and their big military toys.

Virginia interviews gender champion and former chief of the army and Australian of the Year David Morrison on our new BroadTalk podcast.

“When the penny dropped about the sexism festering in his force, Morrison didn’t just call out a few troublemakers, he shook up the whole army culture. He put Army failings on diversity and gender equality on public display… and consequently made a lot of enemies along the way.”

And Elise Stephenson delved into her PhD research which found that some of Australia’s most successful diplomats are women – with wives.

Snow is expected in Canberra this weekend, so rug up. For the rest of you in warmer climes, walk with a spring in your step. These are beastly times, but read well, cook with love and dance in the dark to some heart-gladdening music.