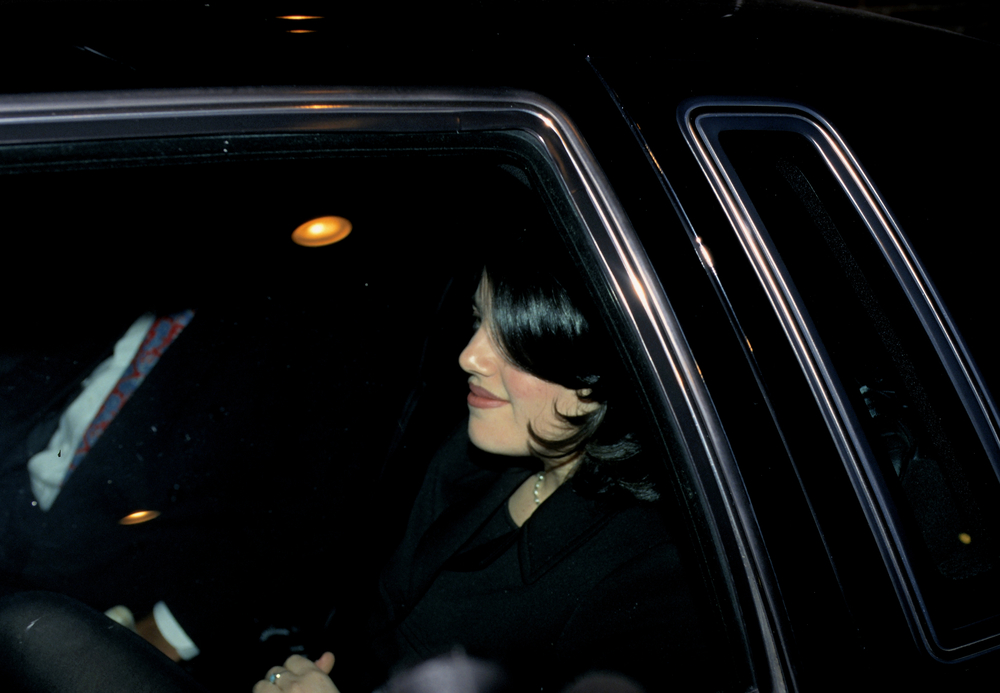 I’ve been thinking about Monica Lewinsky. It’s 22 years since her name became one of the most recognisable on the planet.

“I have often struggled with my own sense of agency versus victimhood,” Lewinsky wrote in 2018. She knew she’d been taken advantage of, but it was, she maintained, a consensual relationship.

But #MeToo changed her mind.

“I now see how problematic it was that the two of us even got to a place where there was a question of consent. Instead, the road that led there was littered with inappropriate abuse of authority, station, and privilege,” Lewinsky wrote.

The road that led there was littered with inappropriate abuse of authority, station, and privilege

And that brings us to Canberra. As Four Corners reported on Monday night, in 2017-18, then PM Malcolm Turnbull became aware that three of his Ministers – all married and vocal advocates for ‘traditional family values’ – were either engaged in extra-marital affairs with young female staff members or very publicly and drunkenly carousing with someone else’s young female staff member.

“This is not a story about the fallout between two consenting adults. It is a story about power and hypocrisy. About truth and integrity. And it’s about values,” as Virginia Haussegger wrote in BroadAgenda this week.

Parliament, she wrote, has “a culture deeply entrenched in a masculinised history driven by male power”. 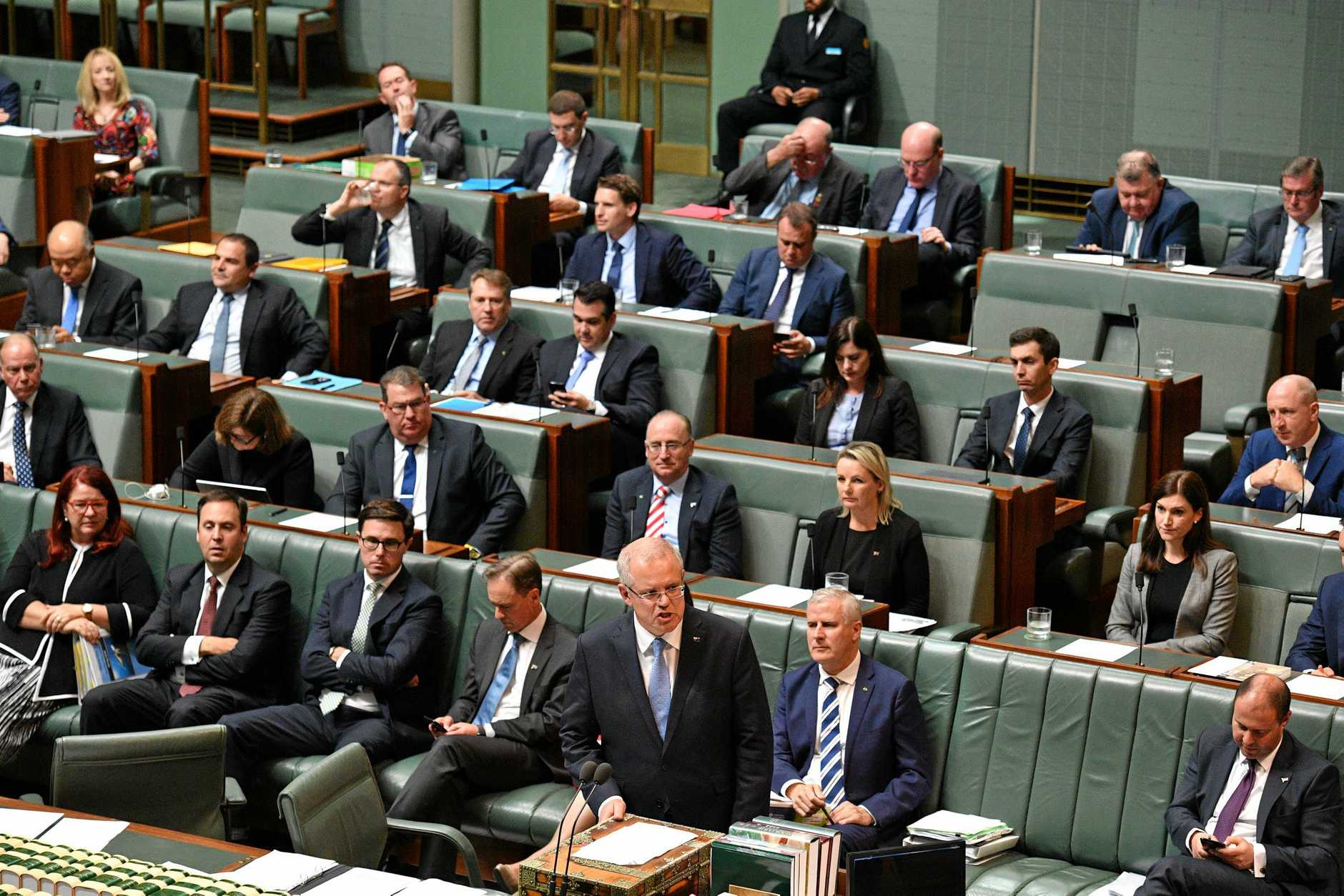 It’s a story about power and hypocrisy, truth and integrity. And it’s about values.

It is a bruising life for many.

Given how bruising it can be – and also the secretive nature of politics – speaking out is rare. As Amy Springhall wrote in BroadAgenda recently, there’s an unwritten rule for political staffers “don’t poke your head above the parapet”.

“You don’t have a profile. You don’t state your opinions publicly … Your work is behind the scenes.”

Parliament House somehow seems to stay rooted in a past that condoned – sometimes celebrated – bad behaviour or just looked the other way.

And you certainly don’t complain. It doesn’t matter how much the world changes, Parliament House somehow seems to stay rooted in a past that condoned – sometimes celebrated – bad behaviour or just looked the other way.

Of course, it would be foolhardy to suggest that regressive attitudes are restricted to Australia. This week we learned that Carrie Symonds, Boris Johnson’s fiancée, intervened to halt “laddish behaviour” by two of the UK PM’s most senior advisors – Dominic Cummings and Lee Cain.

But back to Canberra. A new word came became into being this week. Manterruption [noun]: Def: when a female politician is directly asked a question about culture and gender in Parliament House, but the PM chimes in with a lesson on the inappropriate use of colloquialisms (bonk ban).

(Video evidence of the making of a new noun is here.)

“It’s stunning,” activist Nina Funnell, told the New York Times. “It’s stunning how oblivious he is to the way in which his own behaviour reproduces the very problem that they are there to discuss, which is obvious systemic gender inequality.”

Gender (and ethnicity) took a monumental step into the limelight this week when Kamala Harris was confirmed as the next vice-president elect.

She is the representation of so many promises finally fulfilled, so many hopes and dreams

“She is the representation of so many promises finally fulfilled, so many hopes and dreams,” the New York Times noted.

But, being a woman, comes with a level of scrutiny that male politicians never – ever – have to endure. And that is how they dress (ok, President Trump’s ego-sized red tie launched a million memes, but his suits were never really a source of deep examination.) 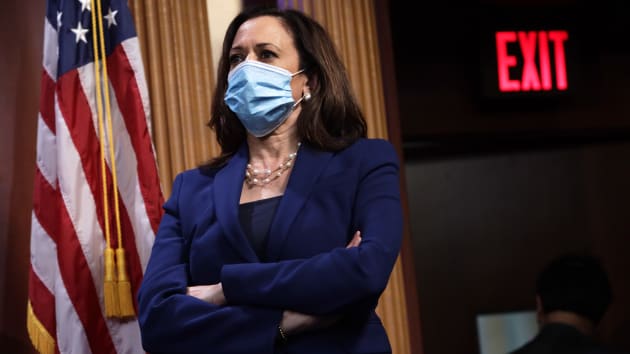 What Kamala Harris wears has become a matter of intense scrutiny.

There is, of course, already a website devoted to Harris and her outfits.

“The Vice President-elect wore a dark suit that looked black in most shots and video, but in a few photos, it almost appeared to be a very dark aubergine or plum. The jacket featured a one-button front closure, two flap pockets, one welt pocket, and peak lapels. The full-length trousers looked like a straight cut. Her blouse was black with vertical pleating detail at the neck and bodice.”

Good-o. But did she say anything interesting?

Mary Wollstonecraft, the “mother of feminism”, said a lot of interesting things in her time. Such as, on the topic of men: ““My own sex, I hope, will excuse me, if I treat them like rational creatures, instead of flattering their fascinating graces, and viewing them as if they were in a state of perpetual childhood, unable to stand alone.

So it’s the level of outrage over a new statue of this pioneering women is unsurprising. As the website Artnet pointed out: The internet wishes she were a bit less nude. 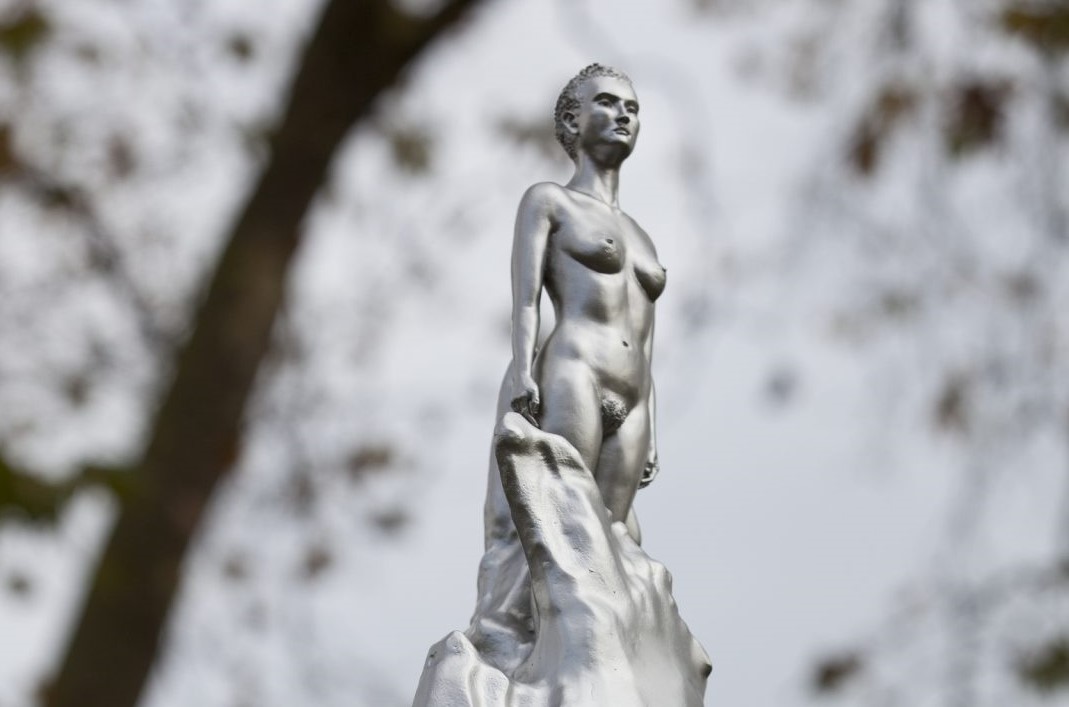 A Tweet from writer Malorie Blackman (@malorieblackman) put it this way: “Genuine question: Why present Mary Wollstonecraft as naked? I’ve seen many statues of male writers, rights activists and philosophers and I can’t remember any of them being bare-assed.”

Meanwhile, there has been yet another study (they are piling up) on the profound economic benefits of increased investment in childcare. This report from Victoria University’s Centre of Policy Studies found that an increase in government spending of $2.8bn would create 135,000 new jobs a year by 2020. Similar tax cuts would create less than 10,000 jobs.

Since tax cuts are on the agenda, but childcare reform isn’t, it is worth considering an opinion piece in the Canberra Times. It’s penned, somewhat unsurprisingly, by a bloke (Ross Williams) and argues that foreign nannies can help fix Australia’s childcare problem – big time!

For parents wanting to stay at home, they could spend quality time with their children instead of cleaning, cooking and washing dishes

“Ask any couple who has just returned from working overseas as “expats” what they miss most after returning to Australia. Usually they will say they miss having a live-in nanny who can support the family, as the cost of a full-time Australian childcare worker is usually prohibitive,” Williams writes.

He goes on to say the nannies can then send back some of their “significantly higher wages” back to their families, while improving their language skills and “experiencing life in Australia, thus improving cultural understanding between our countries”. Uh, huh.

And, even better: “For parents wanting to stay at home, they could spend quality time with their children instead of cleaning, cooking and washing dishes.”

Un-bel-ieve-able. Slave labour is not the answer; proper childcare funding and reform is.

Meanwhile, Natasha Stott Despoja, who once walked the long corridors of Parliament House with her head held high and her principles firmly intact, was this week elected to the UN Committee on the Elimination of Discrimination against Women. Stott Despoja will be the first Australian member for 28 years. And we applaud her.

As Stott Despoja said in 2018: “When I first walked into this place 23 years ago I was confronted by and subject to ridiculous stereotypes and often sexist and silly behaviour. It’s really important that men’s behaviour changes … acknowledging inappropriate and derogatory behaviour and calling it out.”

The brave women on Four Corners this week did just that. The called it out.

And for all you feminist history buffs out there who missed it, you can catch up with our own 50/50 co-director Kim Rubenstein who gave a webinar this week on Women and the Constitution.