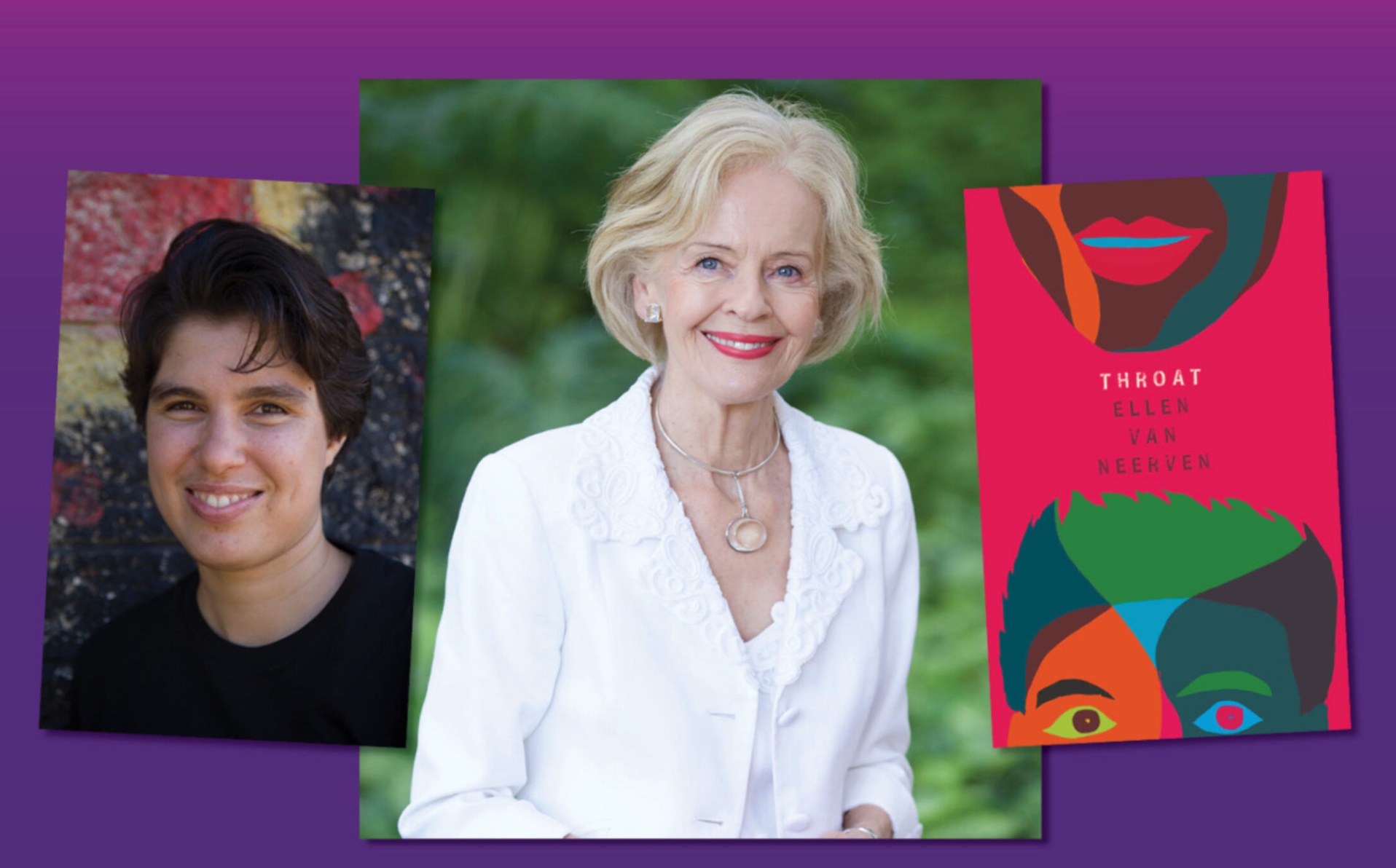 There is a delightful moment in this week’s BroadTalk podcast when Dame Annette King, New Zealand’s longest serving female MP and now High Commissioner to Australia, chuckles to herself. We were reflecting on her longevity – 30 years in Parliament – and the extraordinary twists and turns of her fascinating career, when she looked at me with a twinkle in her eye:

“I haven’t really planned any of this. It just happened to me,” she said, as if surprised. But best of all was her delightful explanation that her life has just “tumbled along”.

What woman doesn’t feel like she is ‘tumbling’ along right now? Despite our best efforts at optimism, nothing seems to be on track during this strange and increasingly difficult time.

While we all need to pivot with agility and reassess our changing circumstances – to seek out opportunities – there are also glaringly obvious levers governments can pull to improve family life and gender equity. If they really want to. But will they? And what will it take?

This week BroadAgenda published a couple of excellent essays on the economic impediments to gender equity. Romy Listo and Helen Dalley-Fisher lay out an unequivocal argument for gender responsive budgeting. While our own Trish Bergin from the 50/50 by 2030 Foundation mounts a powerful case for a gender impact statement, ahead of the October Budget, in order for our legislators and policy designers to fully understand the myriad and intersecting disadvantages being felt by Australian women right now.

Following our online panel discussion last week, ‘Beyond #MeToo: Sexism, workplace harassment and law reform’, we’ve been pondering the issue of power in the workplace. If you think a corner office, a name plate and big leather chair helps a girl avoid sexual harassment, well think again? As Julie Hare found, that is not what the research shows.

Now, dear reader, from harassment to fertility fodder. Why is it that a woman’s status around motherhood is still weaponised against her?

In the NSW parliament last Tuesday, Shooter’s Party MP Phil Donato theatrically channeled Senator Bill Heffernan’s 2007 comments about Julia Gillard being “deliberately barren”, when he tried his masculine best to belittle Cootamundra MP Steph Cooke, who had objected to the positioning of a children’s crossing.

He bellowed that Cooke was “not noble” and “barren of any consideration of children – those who are the most precious and vulnerable.” Excuse me while I vomit.

Yes, like Gillard, Cooke is childless. And it seems Donato has taken his cue from Mark Latham, who insisted Gillard was “wooden” as PM because she didn’t have the love of children in her life. Latham had feigned incredulity at the unnatural and immoral nature of female ambition, “To choose a career ahead of the opportunity of having children?”. Pardon me, more vomit.

Our curated list of Gender News is thumping with excellent reads this week, which include a couple of thoughtful articles on the conundrum of female fertility and the baby choice. It appears COVID-19 and panic over the pandemic is scaring women – and no doubt some men – off breeding.

But as Jacqueline Maley points out, if the Treasurer really wants a breeding boom perhaps he should try channeling Peter Costello – who in 2004 delivered the Erection Budget, with real dollars attached.

Interestingly, I happened to find myself engaged in two separate conversations this week with women jostling with their own fertility choices – although my days as a poster girl for childlessness are well past. One woman lamented her infertility, as her eyes welled. Then she outlined a fabulous business proposal she’d designed to help empower budding women mini-entrepreneurs. This project will be her child, she said. Brilliant!

The other sadly suggested the world was too bleak to consider birth. Yet, if you believe the author of an essay in The Atlantic this week on the joy of being child-free during a pandemic, it would seem there is an upside to infertility. Perhaps for some?

Breeding isn’t the only choice women are turning away from as a result of the pandemic. So too is politics, according to Jenna Price. As Trish Bergin explains “It’s not a high priority now because women have so much on their plates.” Which really is quite tragic when you think about it. At a time when the impact of government choices and policies are hitting women hardest, more female voices and views are needed in the bear pits and Cabinet rooms. Not fewer.

And for goodness sake, when women do get the spotlight on them why do they choose to step out of the frame? Just when Karen Bass has surged up Joe Biden’s VP list, she seems to linger on the periphery, in order to push other women forward and deflect attention. 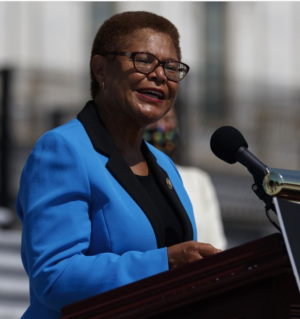 I never expected to quote Alfred Hitchcock, but the movie man’s warning to Grace Kelly when her life was in turmoil and she was considering quitting her acting career to support her bully of a husband, was spot on. “Don’t stand too close to the edge of frame,” he whispered.

Right now, we all need to heed that advice.

Now is not the time to stand on the edge and linger, perhaps with a little tilt, trying to lean in. Now is the time women must utilise the energy embedded in anger – anger at being overlooked, dismissed, ignored, patronised, overworked and under-consulted – and convert that energy into action.

Nothing like a rally cry … as I say goodbye! For a bit. 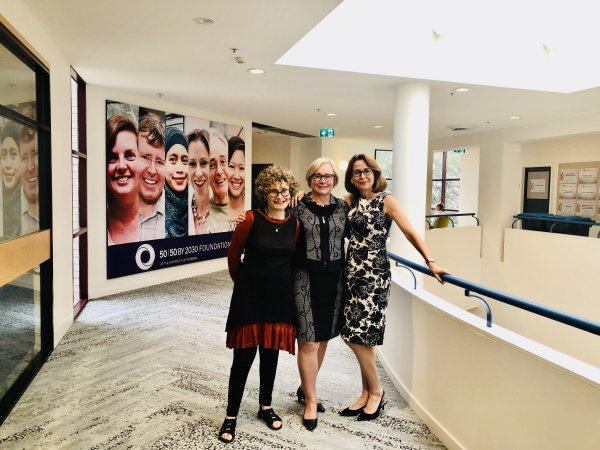 With our new 50/50 by 2030 Foundation team now in place, new co-Directors Prof Kim Rubenstein and Trish Bergin leading the charge, Assoc Prof Chris Wallace firing our collaborative creativity, and a brand new BroadAgenda website almost ready to launch, well… it’s time for me to take a three-month sabbatical (phew!). Acting Chief Editor, Dr Pia Rowe and Editor Julie Hare, with help from Assoc Director Kat Berney, will keep the BroadAgenda show on the road! (While I shimmy to the edge of frame – for now!)

But as a parting plea – a reminder to subscribe to BroadTalk  so you don’t miss an episode, as we’ve got plenty more fantastic discussions yet to come! Kate Ellis is out next week, followed by Jane Halton, David Morrison and Trish Bergin. Julia Gillard will pop up in series 2 … along with many more!

Lastly, I opened with a delightful moment and will close with one too.

This week I discovered the extraordinary poetry of indigenous writer Ellen van Neerven. Recently awarded the inaugural Quentin Bryce award for literature with her new book ‘Throat’, on Wednesday poet and Bryce teamed up for an online chat. As I settled in to watch in my PJs (the joy!) I was suddenly blown away. This seemingly shy poet began reading and within a nanosecond the powerful imagery of a life so very different to mine shook my quiet little room. Those words and thoughts have been echoing ever since.

Sometimes, we don’t even need to leave home.