I woke this morning thinking about speed-dating. If only we’d thought to deploy it yesterday at our Seize the CSW Moment conference!

What an amazing group of people gathered – at short notice – to share insights, research and data on the state of gender equality in Australia, and how I wish I’d been able to quiz or catch up with every single one of them!

Following the cancellation of the Commission on the Status of Women, due to begin at the UN this week, our bold new Co-Director’s of the 50/50 by 2030 Foundation, Prof Kim Rubenstein and Trish Bergin energetically seized the moment. Within days we had gathered Australian speakers scheduled to give keynote presentations or participate in side event panels in New York and re-routed them to the University of Canberra instead. 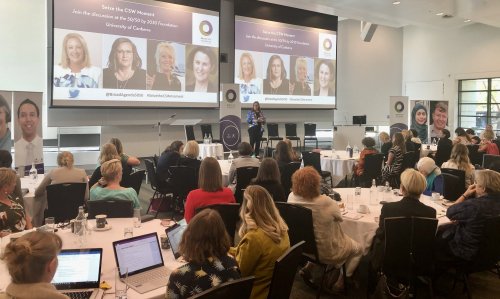 On Thursday BroadAgenda published a preview of Kate’s CSW presentation, with links to the AHRC report she released last week, ‘Respect@Work: Sexual Harassment at Work National Inquiry Report 2020. Yes, at 900 pages it’s a whopper! Which was why it was fantastic to have her discuss it in person. Keep an eye on BroadAgenda for our video interview with Kate on this.

We will also publish video interviews with Libby Lyons, Director WGEA, and highlights from various ‘Seize the CSW Moment’ participants, along with conference summaries and further reports – keep an eye out @BroadAgenda5050 and on our website.

The conference opening speech by Elizabeth Broderick, founder of Male Champions of Change, and a UN special rapporteur for Discrimination against Women and Girls, served as a powerful shot in the arm for all those who deeply care about the lack of progress on women’s empowerment … and those who are cranky! In typically beautiful Liz style, she shared her wealth of experience, insight and empathy in a powerful ‘call to arms’ to the women’s movement. More to come! 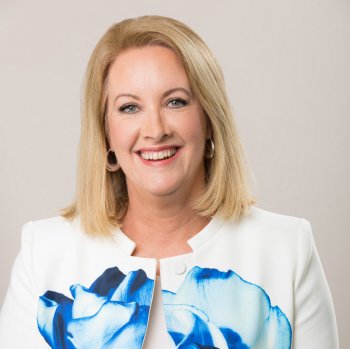 This week on BroadAgenda, CSW delegate Yasmin Poole outlined what a young woman of colour such as herself would tell the UN. 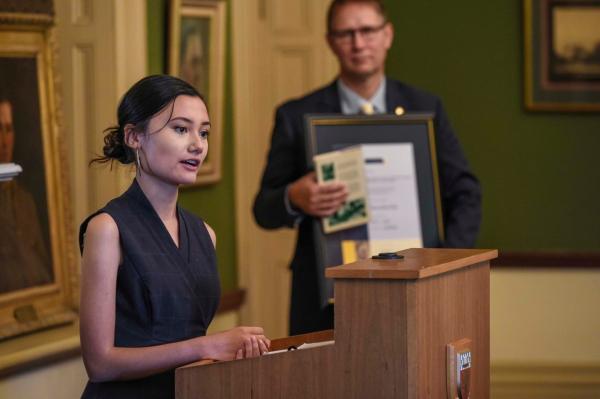 We also published a brief account of  the one-day CSW meeting held at the UN headquarters, in place of the two week event. The ‘Declaration’ document produced at this meeting has been met with frustration and criticism from women’s advocates around the globe for being glib, timid and insubstantive.

Gender responsive budgeting is back on the discussion agenda (was it ever off?) despite the government’s continued resistance to this much needed measure. This terrific piece from another ‘Seize the CSW Moment’ speaker, Helen Dalley-Fisher, along with Romy Listo from the Equality Rights Alliance explains why. And if you missed last week’s release ‘Measure for Measure: Gender Equality in Australia’ an excellent and very readable research report by Per Capita, here’s a link to the summary, along with our break out piece on Per Capita’s somewhat alarming data on the gender pay gap.

Lastly, with an ever-watchful eye on Disneyland Democracy in the US, the disappointing withdrawal of Elizabeth Warren from the Democratic nomination now leaves the race between three 70-something white men. However, Kim Hoggard, Fellow at the US Studies Centre at the University of Sydney, insists it’s too soon to write off women just yet.

In Gender News this week – a whip around the world: Harvey the Horrid gets 23 years; WWW inventor warns of the “growing crisis” of online harm to women and girls; Mexican woman go on a nationwide strike in protest against government inaction on VAW; will US power moguls choose women as their ‘running mates’? (because we all know women should only ever be 2IC); and a look at how coronavirus is hitting Asian women;

Closer to home and those magnificent Aussie women at the MCG, WOW! While 86,174 fans roared as the Aussie’s beat India in the Women’s Twenty20 World Cup, the old dinosaurs at Channel 9 flicked the broadcast to a non-prime channel (is Eddie McGoo still running the joint?). Meanwhile Rugby Australia fails to find a woman for its board nominations. And Sydney introduces an Australian first – a Charter aimed at combating gendered harassment and violence.

Podcast special: catch BroadAgenda Editor, Julie Hare, with a bunch of other savvy sheilas as they chew the fat over ‘Where Are the Women?’ a Policy Forum pod.

Goodness me, what a busy week!

Thank you so much to all of you who came along to our ‘Seize the CSW Moment’ conference, and to those who helped spread the invitation far and wide. At a time when the world around us seems so uncertain and fragile, and when our frustration over a lack of substantive progress on women’s leadership and empowerment is brewing hot, perhaps there is no better balm for the soul than gathering with other women. Such strength in connection! 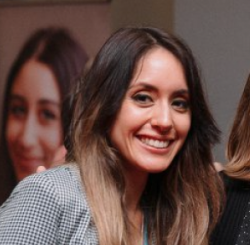