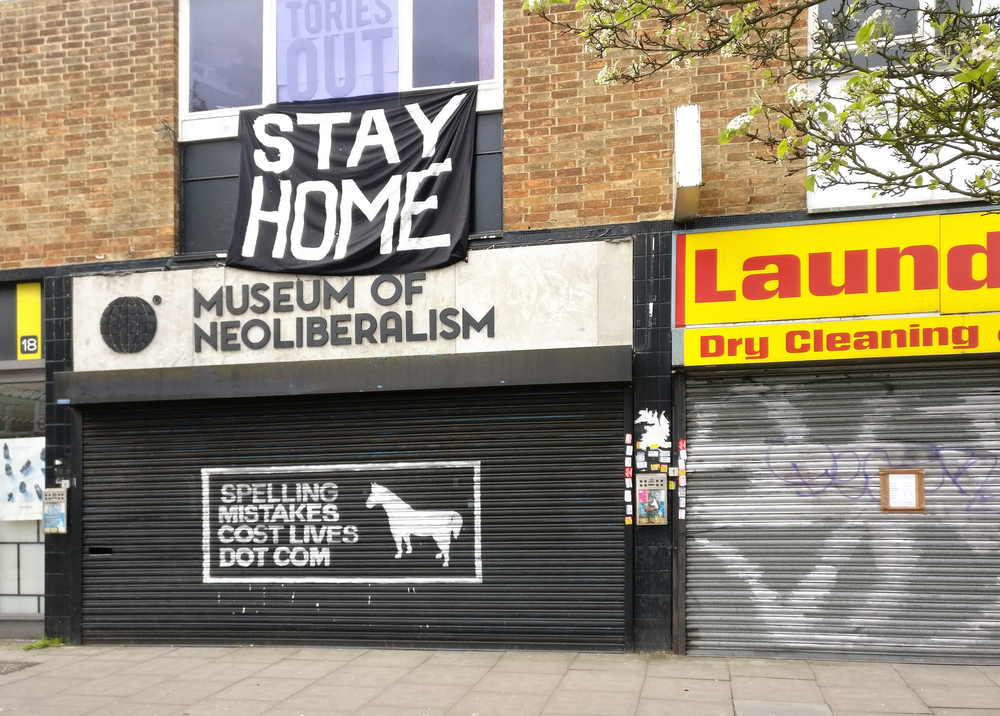 After COVID: A brave new world or snap back?

No avatar available for user with id . Trish Bergin

The Australian Senate met late into the night on Wednesday last week to pass the $130 billion JobKeeper payment. This takes the Federal Government’s overall fiscal injection to over $300bn to combat the burgeoning economic impact of COVID-19. The Prime Minister, Scott Morrison, described the assistance as “the biggest economic lifeline in Australia’s history”.

As mind-boggling as the sheer scale of government spending is, it is the huge policy pivot that is equally gob-smacking. For decades, we have witnessed Treasurer after Treasurer remonstrating over the need for “budget repair” that largely targeted social security and welfare payments. These measures have usually focused on reducing existing outlays, through strict and onerous welfare compliance requirements, automated welfare debt recovery and, indeed, proposals that effectively stigmatise recipients, such as drug testing for welfare recipients. 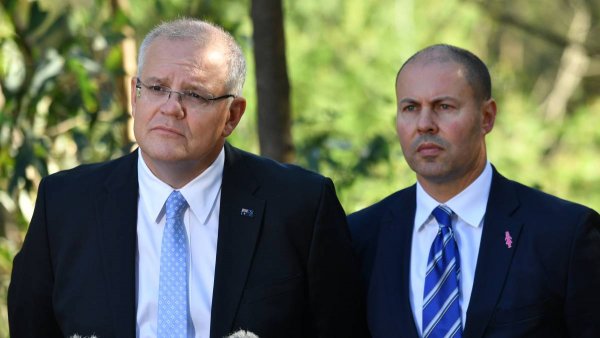 If the policy playbook has been thrown out in the COVIC-19 rescue package, what next?

Sir Robert Menzies, who was no big fan of big government, was adamant that those entitled to receive government benefits “should not be made to feel ashamed”. Well, with talk of ‘lifters and leaners’ in the budget context now well entrenched, we’ve managed to do just that.

Sir Robert Menzies was adamant that those entitled to receive government benefits “should not be made to feel ashamed”. With talk of ‘lifters and leaners’ now well entrenched, we’ve managed to do just that.

While the recent strong action to support the economy has been deeply welcomed as an unprecedented economic and social stabiliser, it is cause to think: if we have thrown out the policy playbook – the only one that Gen Xers have ever known – where to from here?

The theory behind much of the policy approach in play across most western economies over the past 40 years is loosely known as neoliberalism. Broadly put, this is a policy framework that preferences the superiority of market forces over social good, adheres to a preference for small government (enter privatisation), balanced budgets and competition (but with loads of rules and compliance).

It views all policy conundrums as being capable of being solved, provided the ‘price’ is right and which assumes a functioning market with well-informed and rational clients (for example, the NDIS).

Tax cuts for business and for higher income earners – why? Neoliberalism is the ideology and ‘trickle down economics’ is its theme song. ‘Jobs and growth’, its most recent mantra, is intended to make businesses thrive, create jobs and thereby lift all of us into higher living standards.

Inconveniently, much of the evidence suggests that this neat prescription has not cured many of society’s ills, including the long-term unemployed and the increasing proportion of people casually or under-employed.

It has also led to a gradual widening of income and wealth inequality and, with it, greater social fragmentation. While the gains have continued to accrue to the market sector, with a huge shift in income from labour (workers) to capital (owners), the burden of neoliberal policy has been disproportionately borne by some of the most vulnerable segments of our society – women, first nations people, the disabled and the aged.

Neoliberalism has done very little to share the benefits of growth more equitably or to lift the chronically disadvantaged up the economic ladder.

Neoliberalism has done very little to share the benefits of growth more equitably or to lift the chronically disadvantaged up the economic ladder.

Indeed, gender inequality in Australia remains under attack and we are falling behind the rest of the world at an alarming rate. At the international level, we have fallen from 15th in the world on the World Economic Forum Index of Equality in 2006, to 44th last year. We sit just behind Laos and just ahead of Zambia.

In the AC (After COVID) world, we have policy disruption on a global scale. The question is – will our country, and those around the globe, use the unparalleled disruption wrought by COVID-19 to recalibrate our economic and social systems. Or will we ‘snap back’ to our previous policy settings?

The are some very faint positive early signs. It is heartening that the Federal Treasury is reported to have been tasked with exploring how to reshape the economy, to ensure that it is less vulnerable to future shocks. The review is apparently focused on national supply chains, our level of sovereign capability and access to essential elements such as pharmaceuticals, energy and fuel. All good and sensible stuff.

The government review surely needs to look at our whole system that contributes to our national, community and individual wellbeing, including issues of equity and fairness.

However, this would be a missed opportunity if this is the extent of Treasury’s re-imagining. It surely needs to look at our whole system that contributes to our national, community and individual wellbeing, including issues of equity and fairness. 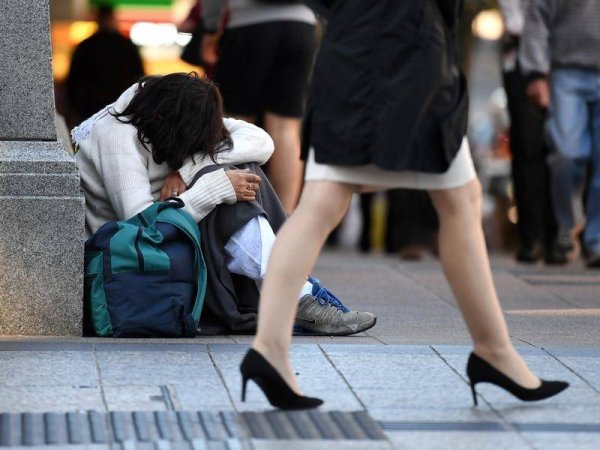 Our social security system, and the way it interacts with the tax system, is in urgent need of overhaul.

Our social security system, and the way in which it interacts with the tax system, is in urgent need of overhaul to better balance the needs of all citizens, and in particular, to remove the structural barriers to gender equality that effectively reinforce gender stereotypes of mum as the caregiver and dad as the breadwinner.

The tax cuts legislated for 2024-25, will see the benefits will flow overwhelmingly to high income earners. With 86% of women earning less than $90,000 this makes for a highly unequal policy impact.

Our public policy generally needs to be informed by more careful cross-sectional analysis, starting with a focus on gender impact analysis. For example, in the tax cuts legislated for 2024-25, the benefits will flow overwhelmingly to high income earners, with almost a third going to the top 10% of earners and a half going to the top 20%, according to the Australia Institute. With 86% of women earning less than $90,000 this makes for a highly unequal policy impact.

At this point it is worth noting that the Treasury of the mid-2000s until mid-2016 had such a focus – a wellbeing framework – that was used to guide the department in its assessment of which government policy decisions would advance wellbeing and those that would not.

However, in 2016, the then-incoming Secretary of Treasury, John Fraser decided he was not a fan of all this wellbeing mumbo-jumbo. So, it was axed swiftly and with little discussion. He told a Senate hearing in October 2016 that he had written the department’s revised corporate plan “between 6pm and 8:30pm one night as I was waiting to go out to dinner”, ditching the wellbeing framework in the process. Instead, he focused on (you guessed it), jobs and growth. “We are talking about living standards… and if living standards are not about wellbeing then I do not know what is” he said. Mmmm … at what societal cost? 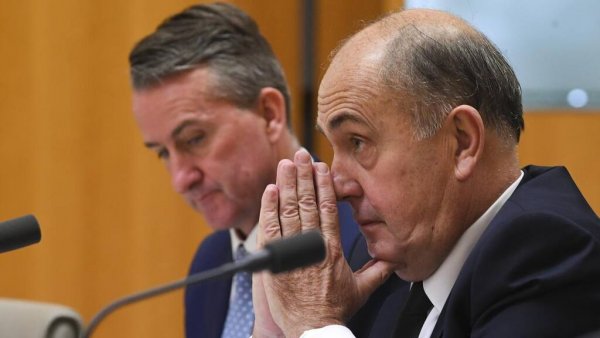 John Fraser considered the wellbeing considerations in the budget to be mumbo jumbo.

Many are now of the view that it this unimaginable crisis can help us to refocus on what economic growth is for. It can and should allow for a more holistic and ambitious scope, starting with the planning for the future Australian society we want and the role of the economy in pursuit of that.

Personally, I believe that reinstating a wellbeing framework – or even better – aiming for a version 2.0 would be a good start. As part of this, including embedding a gender responsive policy making and budgeting process is an essential tool to understand the distributional impacts of policy proposals, starting with an overhaul of the social security and how this interacts with the tax system.

(This article was also published in The Canberra Times, 18 April 2020)