50 shades of excuse: Why sex and power should never be confused

Apart, sex and power are topics of endless human fascination.

Frighteningly, together, they now seem to be the new defence against rape and violence against women.

The ‘50 shades’ defence claims that as women are consenting parties to sex, including ‘rough’ sex during which associated violence is equally consensual.

Grace Millane at her graduation

The terrible tragedy of British backpacker Grace Millane, who was strangled to death, crammed into a suitcase and buried in New Zealand bushland after a Tinder date in December 2018, is just one of the more high-profile of these shocking cases.

But as the British MP Harriet Harmen has recently said: “‘We cannot have a situation where men kill women and then blame those women for their own deaths.”

In the case she was commenting on, the offender was given a sentence of less than four years for a murder involving extreme violence, degradation and abuse.

Victim blaming in the extreme.

The politics of power

Ever since the rise of second-wave feminism, the politics of power – especially around sex and consent – has been a central component of the analysis of patriarchy. Patriarchy is the power imbued to one sex over another purely based on anatomy.

It was the American feminist, journalist, author and activist Susan Brownmiller, who crystallised one of the key issues around rape and sexual relations in her seminal work Against Our Will – her 1975 study of rape which, among many things, gave us the crucial understanding that “rape is about power, not sex”.

Most fundamentally, it undermined and began the elimination of many of the excuses male offenders had sought to use to deny sexual offences: “She didn’t say no”. “She wanted it.” “She asked for it.”

Sometimes it’s hard to recall just how far we have come since the 1970s.

As a high school student in Adelaide in 1976 I had a job placement with a legal firm working on the defence in a rape case. In essence, it revolved around attacking the victim’s character and credibility. She was a ‘slut’; that was clear from her ‘sexual history’. As a young man of 16, I found this deeply disturbing.

Brownmiller’s work was critical to crucial legal changes around the world. In South Australia, for example, Premier Don Dunstan and Attorney-General Peter Duncan led the nation and the world by removing the ability of the defence to attack the victim’s credibility due to past behaviour.

Spousal rape was also made illegal  – amazingly something only affirmed by the High Court in 1991.

We seem to take many of these historic changes for granted now. But they are never guaranteed.

It would be dangerous to again start to confuse terms like power and sex when it comes to issues of rape and consent. Potentially we open up a Pandora’s Box.

So surely it would be dangerous to again start to confuse terms like power and sex when it comes to issues of rape and consent. Potentially we open up a Pandora’s Box.

However, in a recent Guardian opinion piece contributor Sarah Ditum did just this.

Ditum’s broad point is unimpeachable: we need to extend the analysis of power in relation to sex across the board, including the multi-billion-dollar sex industry.

While it might seem bold to claim that “rape is about both power and sex”, I fear this is dangerous territory – given we took so long to distinguish the two in the first place.

Ditum uses the terrible abuses of Harvey Weinstein for her thesis, and states:

“Unfortunately, ‘rape is about power, not sex’ has one very significant demerit as a vehicle for women, which is this: rape is, obviously, very much about sex. It’s a turn-on for the rapist. If it wasn’t, he wouldn’t be able to commit his crime. Had Weinstein simply wanted to exercise power over the women he employed, he had plenty of ways of doing it that didn’t involve his penis. For the rapist, the sex and the power are indivisible.” (emphasis added). 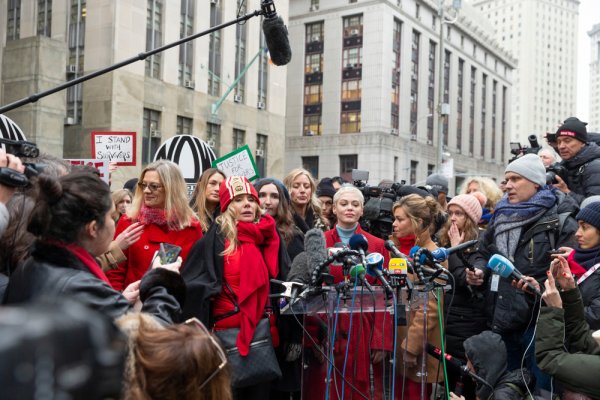 First, let’s be clear: rape does not require a penis. Even Weinstein’s activities show this. Women can also rape men (rare) and women can be raped by other body parts or objects.

This fundamental error aside, my deeper concern is that if Weinstein – or any other rapist – considers he is engaging in sex, not rape, we allow him – them – a potentially limitless world of self-denial and self-justification.

So, rather than saying “sex and the power are indivisible”, wouldn’t it be more accurate to say the abuse of power – the humiliation of victims and their entrapment – allow men to objectify their victims and it is this very dehumanisation that is source of the thrill?

This is what drives the rapist: he requires power and its abuse for his experience.

If we reintroduce the notion that rape has any component of sex – even if just for the rapist – we run the risk of losing one of the most crucial insights of second-wave feminism: that power and patriarchy provide the environment in which rape and sexual assault are given their perverse legitimacy.

We hand the powerful back the very power and excuse rapists have always fallen back on. A rapist will always claim it was just about “sex”.

Sadly one of the consequences of Covid-19 has been a dramatic rise in domestic and sexual violence.

We must all be careful how we navigate power, sex and patriarchy. Lest we – individually and as a society – allow rape yet another opportunity for excuse.

For help or more information: