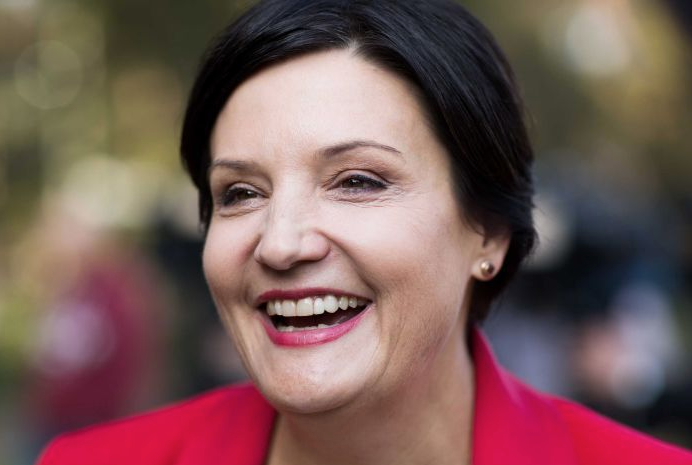 Women head-to-head in the political pit 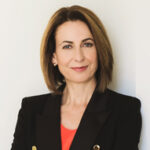 Queensland did it. Now NSW has done it too. Over the ditch they did it years ago. Australia may have a dreadfully low global ranking for women in its national Parliament (49th in the world), but our biggest states are pushing past the leadership gender block. Or so it seems. For now at least.

Jodi McKay’s resounding win over the weekend to become NSW Labor leader puts women in charge of the nation’s biggest state and grubbiest bear pit – as both Premier and Opposition Leader. 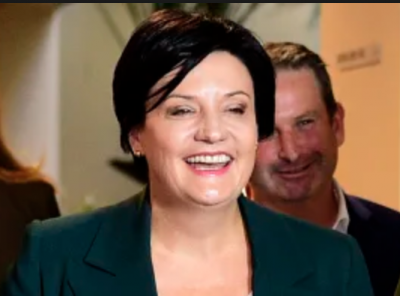 So, now that we’ve got history and form, the big questions is: Do sharp heels at the helm on both sides of politics make a difference?

Well, first, let’s look at the optics – because symbolism says it all. (Just ask those millions of Muslims around the world who swooned with joy when they saw images of NZ Prime Minister Jacinda Ardern draped in an hijab, hugging survivors of the mosque attacks in Christchurch). 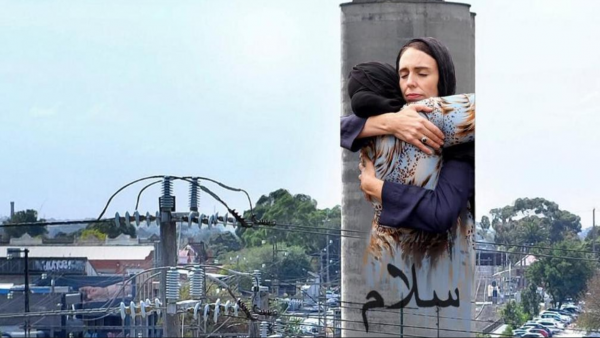 Before McKay even sits in the Opposition Leader’s chair, kept comfortably warm by Penny Sharpe, her hard landing in the brutal game of political leadership has already been softened by the women who have come before her. Even the headlines are less hysterical. McKay “wins” and “emphatically wins” is about the extent of it.

Not so when her opposite number, Gladys Berejiklian, swept into power as Premier. Back then, the unmarried oddity, with her “simple patterned dresses and low-heeled shoes”, dubbed the “Head Prefect”, was pitched as some kind of Mother Teresa sent in to “clean up”. We almost expected her to arrive in the Premier’s office with a laundry bucket, wearing rubber gloves and towing a hoover. She arrived with a briefcase. Imagine that!the image that did startle, due to both its resonance and symbolic punch, was when Berejiklian did something leaders in the NSW political bearpit never do as voices rise and abuse flies. She stopped talking. Sat back down. And covered her ears. It was a defiant and powerful action that signalled “the yelling must stop”. 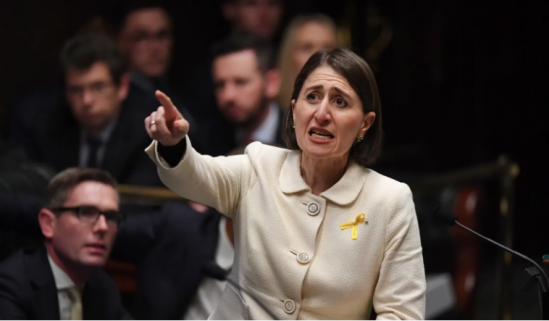 So what happens when women move into political leadership roles once owned exclusively by men (and still dearly coveted by them)? Does the arrival of women change not just tone, but behaviour, policy focus and political outcomes? Will women change the world in a way that men just can’t, haven’t and don’t seem to want to?

The resounding answer is yes.

But first, let’s go back to optics – because this past weekend was a cracker with an extraordinary array of challenging images for women and all the men who hate them. (Yes, misogyny is a thing. And we don’t need daily social media to remind us. We’ve got Donald Trump and the 22 women who’ve gone public with allegations against him).

Just when Australian women are coming to terms with yet another federal election that has done very little to increase the number of female MP’s in Canberra, we are subjected to endless G20 “family photos” from Osaka that once again splash a sea of dark suits over our screens.

The shot that had Twitterhearts sighing was a group of 38 global leaders from nations and leading organisations – the most powerful club on earth – that included just three women. Hidden at the back was IMF head Christine Lagarde; sporting a power red suit that almost blushed with embarrassment was Theresa May; and looking painfully awkward at the end of the first row was Angela Merkel. Next year’s photo will probably see two of those three gone, no doubt replaced by men.

But on Sunday morning, a very different optic. For political junkies tuning into their favourite chat show, the ABC’s Insiders,  it was a sight for weary feminist eyes. For the first time in its 18-year history, all three panellists and presenter were female. An all-girl show.

Former NSW premier Kristina Keneally tells the delightful story of visiting a girls’ school in 2010 on the day Julia Gillard became Australia’s first female prime minister, sworn in by the nation’s first female governor-general, Dame Quentin Bryce. A gaggle of girls greeted the then premier with, “Miss, Miss, girls are in charge everywhere!” 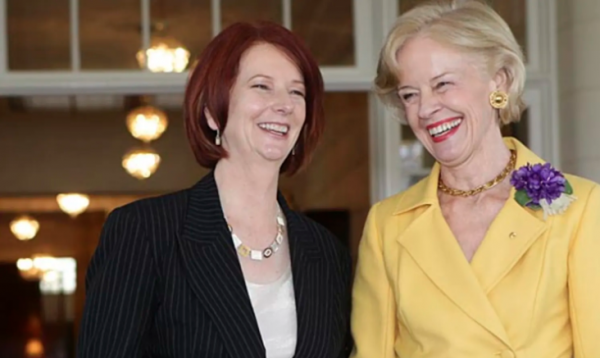 When it comes to women and leadership the power of “seeing” translates beyond “believing” to “being”. What just occurred in NSW is further evidence of that. But the reason women make a difference – which they do – is less about being female, and more about being not male. There is a tremendous power in difference alone.

Women bring a deeper, wider field of life experience than the homogenous group of white, privileged men who have long dominated Australian politics. Women’s life trajectory is less linear and more diverse than men’s. Consequently, their capacity to see and think beyond tried and traditional political pathways makes women well equipped to tackle the sort of complex problems that demand innovative and creative solutions with which all our parliaments are now grappling.

So, do women do political leadership better? That is not the question we should be asking. The question is how best to access the best merit that exists within our community. The answer is quite simply by choosing inclusivity and diversity. Good optics will help us get there.

This column was first published in the Sydney Morning Herald, 1 July 2019