The research that I did just asked people if they have ever participated in, or have ever attended a meeting to discuss local, national or international issues.  The reason the question is phrased like that was that we didn’t specifically want to ask about political discussion groups in case there’s a gender dimension where women may not consider what they do as politics – that’s why we asked about issues.

Your research found that there was a gender gap in that women were less likely to attend these discussions than men, but what about taking a more intersectional approach, did you look at other social attributes?

That’s a really important question, because we did find that there is important variation by ethnicity. Comparing people of European descent, settlers of colour as we would say in Canada, similar to Australia where it is non-indigenous people versus indigenous people, we can see similar patterns among settlers. Women of colour and white women participate slightly less than men, but here’s actually no gender gap among indigenous people, there’s no difference between indigenous women and men. Indigenous people in general participate in these political discussion groups more than their settler counterparts.

Do you have any ideas as to why this might be the case?

We collected the data during the 2015 Canadian election, and during this time there was a movement called ‘Idle no more’, which was founded by indigenous women and one white settler woman. The movement was oriented around other kinds of protest to raise awareness for indigenous issues prior to the election, so there was a lot of mobilization, and a lot of it was women-led, so that might have had an impact.

What about parental status?  Did you factor that in?

Yes, we also looked at parenthood. Drawing from the literature you almost have this assumption that the double duty might suppress women’s participation in politics – including group discussions – but actually, we found that if anything, being a parent seems to mobilise participation in these kinds of discussion groups, and there’s no gender gap.

Equality and inclusion are crucial aspects in any democratic processes. Can you talk a little bit more about these in the context of the deliberative forums more broadly?

There’s two aspects we need to consider here. One is the legitimacy aspect, where the outcomes of deliberative events – in other words the kinds of opinions you form, the decisions you make – the legitimacy of that is going to be contingent on the inclusion of those who are affected by those outcomes. If there were any inequalities that entail exclusions, then the resulting outcomes of those deliberative events will lack legitimacy, or perceived acceptability by those who were affected.

Those who are most disempowered by social hierarchies, those who are on the margins have better insight into what the demands of justice require

The other aspect is the epistemic aspect which ties into legitimacy.  Those who are most disempowered by social hierarchies, those who are on the margins have better insight into what the demands of justice require. This is an insight that comes from black feminist theory, and it speaks to intersectionality, and to the intersecting inequalities where women might have more insight than men into what gender justice requires, but queer women are going to have more insight than straight women into what gender justice and sexuality justice require.

And then people who are more marginalised, for example a queer woman of colour who is a sex worker has even more insight into what the demands of justice require because she can see the situation from both the mainstream, as well as from her own marginalised position.  So with respect to deliberation and democracy more generally, empowering the inclusion of the voices of those who are most disempowered by social hierarchies gives you better epistemic outcomes. 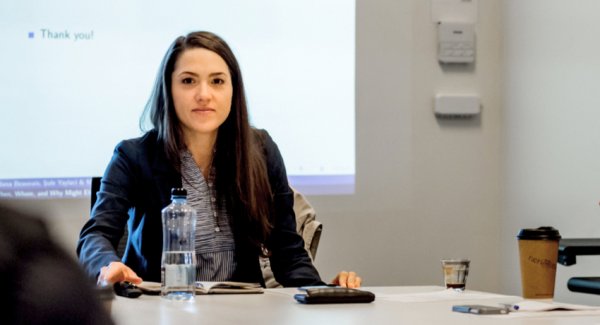 What are some of the institutional arrangements and practices we could put in place to empower inclusion?

Firstly, with respect to things like small group discussions that are highly formalised and organised from the top down, there’s the kind of micro-institutional fixes. You can use different mechanisms, different institutional design features to promote inclusion and empower voice in those kinds of invited spaces. For example, you can do a random selection of participants, and then do an oversampling of disempowered groups to ensure that they are represented. You can use facilitation to empower the voices of those who might otherwise be silenced by aggressive conversational behaviours. You can also use different decision methods when disempowered group members are at a numerical minority.

In democratic theory or deliberative theory we often focus on these micro-institutional fixes, but ultimately we need structural equality

Things like that are useful for empowering inclusion and voice, but obviously that does not change the macro-structural issues such as everyday talk in the public sphere, online communications – all these things that are unfacilitated. The main way to empower voice inclusion in the public sphere is just through structural change and we can’t lose sight of that. In democratic theory or deliberative theory we often focus on these micro-institutional fixes, but ultimately we need structural equality. We need to ensure that men and women, or people of colour don’t have significant differences in their wages, or their political rights, or any other aspects of their lives.

It comes down to empowering women or historically marginalised group members into positions of leadership in power and authority.  There was a really interesting study, which looked at why there is this gender gap in online news or in print media, why do they tend to talk about men a lot more than about women. The study looked at all these different factors like the editorial boards, the topics that are covered, and they found that there wasn’t actually overt discrimination. Rather, the reason for this big gender gap is because the news media reports on the upper echelon of society.  The top leaders in politics, business, sports, entertainment are disproportionately men, so you end up with this megaphone that’s giving more news coverage to men all the time.