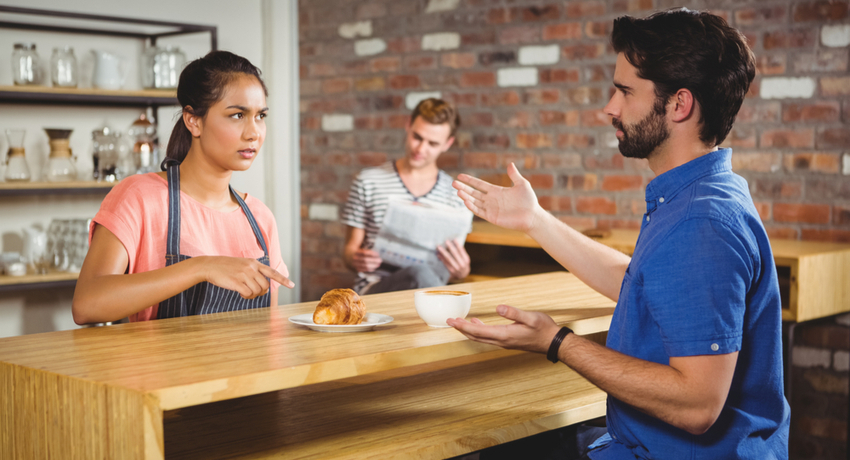 ‘How may I help you?’ Sexism & racism in customer service

The sting of betrayal is raw as Susan tells me why she left The Jones, the New York City restaurant where we previously worked together. ‘Instead of other people [coworkers] building my trust by being an ally or helping me out, standing up for me, or creating an environment where I feel safe, I just felt like that effort wasn’t put in,’ she says.

A few months before, a White couple refused her customer service and made demeaning and racially infused comments about her appearance. She alerted our manager and was disheartened when, in response, he offered the couple a free meal to pacify the situation.  Susan, who is a Black woman, recalls, ‘I felt unsafe because I felt like he was creating an environment where it was okay to say lewd comments about somebody’s race and still get a free meal or get a free meal for those comments!’ By not taking a stand against bad, and in this case racist, customer behavior, her manager undermined her sense of trust and safety at work.  Susan left the company several weeks later.

As part of a fourteen-month ethnographic study comparing four New York City work settings – a restaurant (The Jones), a marketing firm, a high tech startup and a ride-hail circuit (drivers for companies like Uber and Lyft) – I found that, in service sector workplaces, trust is often built within and through reactions to customer/client behaviors.  My findings suggest that managers, who are in a unique position to shape the power distribution between workers and customers/clients, play a particularly influential role in building trust (or not) within these situations. 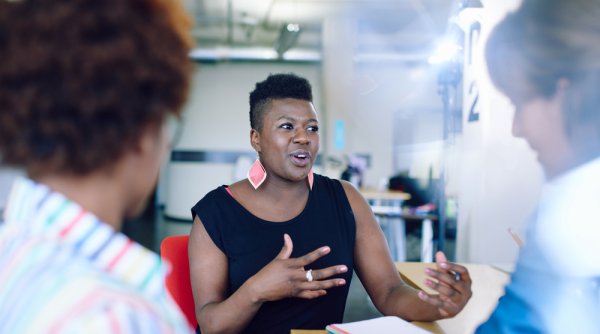 Frontline service workers – people who, like Susan, regularly engage with customers as part of their job – often work in bustling and hectic environments where they encounter a range of personalities minute to minute.  While customer interactions can be an enjoyable part of the job, service workers must also carefully manage their emotional displays during these interactions, and this emotional labour can be both draining and alienating—especially in the face of rude, angry or abusive customers.

Unfortunately, customer abuse of service workers is widespread.  A recent survey from the Shop, Distributive and Allied Employees Association (SDA), a union for retail, fast food and warehouse workers, reports that over 85% of respondents said they were subjected to verbal abuse and 14% said they were subjected to physical abuse from a customer during their last year of work.  Approximately a quarter of respondents described customer abuse as a weekly occurrence.

Sexist and racist comments and behaviours represent a specific type of customer abuse and are an all-too-common part of frontline service workers’ lived experience – a pattern amplified by the overrepresentation of women, especially women of colour, within these positions.

When managers fail to recognise customer sexism and racism as problematic, they deny the symbolic violence and pain of these encounters, and they participate in normalising such behavior. Ignoring or permitting negative customer behavior creates the perception of a manager-customer alliance and sparks feelings of disempowerment, vulnerability and betrayal among workers.

In addition to feeling a sense of personal betrayal in these instances, workers who are targets of customer sexism and racism also feel a loss of belonging – a deep sense of ‘otherness’ – when managers ignore their suffering.

Thinking back on the situation with her manager and how it contributed to her decision to leave, Susan explains, ‘it makes you feel like you’re an outsider in your own world, and I don’t want to feel like that at work.’

The underlying ‘maleness’ and ‘whiteness’ of Western work organisations becomes acutely apparent, despite widespread but often superficial discourses of diversity

The underlying ‘maleness’ and ‘whiteness’ of Western work organisations becomes acutely apparent, despite widespread but often superficial discourses of diversity. In these moments, disenfranchised workers feel the full weight of institutionalised social inequities – that is, the systematic imbalances of power that are so intimately baked into our social structures that they can be difficult to see and even more difficult to challenge – and it becomes impossible to sustain trust.

Amidst this, service workers display striking resilience. They engage in a number of individual coping mechanisms, such as routinising customer interactions or creating strong self-perceptions, to downplay the indignities hurled by customers.

Service workers also develop what social scientists call ‘communities of coping,’ through which they provide collegial support to one another, creating a sense of solidarity that can serve as a shield against customer abuse. My findings suggests trust, which participants associated with security, empathy and integrity, is a critical aspect of communities of coping. When managers address – or in some cases simply acknowledge – incidents of mistreatment, this response builds trust, which workers then use to infuse their workplace experiences with meaning, purpose and social connection.

Institutional protections are needed to help secure good working conditions for service workers, yet traditional structures such as unions and labour regulations are eroding, especially in the US. In this context, interpersonal resources, like trust, define workers’ day-to-day experiences and may even impact their long-term work trajectories.  It is therefore critically important to identify and address the ways in which social categories intersect with processes of trust to stratify workplace experiences and amplify existing inequalities.