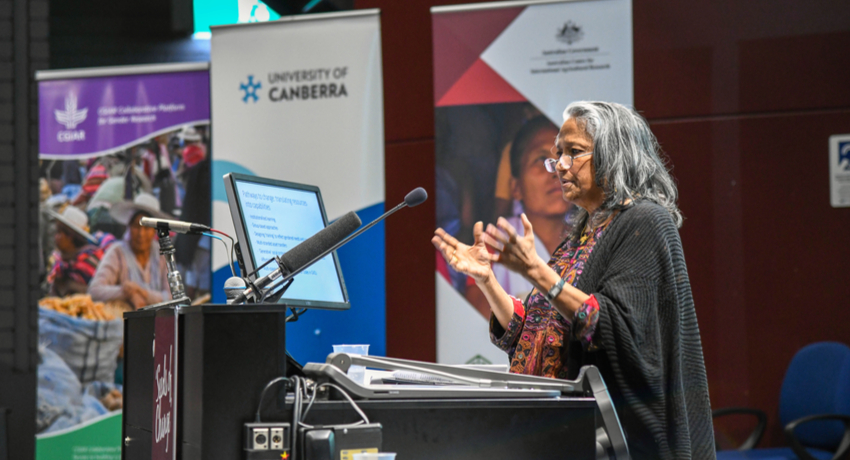 When we talk about women’s empowerment, what do we actually mean? Originally in the domain of feminists and activists, the word has now travelled into the mainstream, consequently broadening its usage. But does it matter if people use the term to denote different ideas? And how does it impact the analysis of any efforts to improve women’s livelihoods?

These were just some of the questions Professor Naila Kabeer unpacked in her powerful public lecture, ‘Empowering women, improving livelihoods – Keys to rural development’.

As Kabeer noted, while the spread of the term in and of itself is a positive development, it also contributes to conceptual confusion as its meanings start to shift.

“One example of this is the way we don’t just refer to empowerment anymore, we talk about economic empowerment. This signals what the policymakers are interested in – markets and growth and so on. But empowerment happens through many different pathways – politics, culture, and economy.”

“Secondly,” Kabeer argued, “we need to distinguish empowerment from other forms of change that happen in people’s lives – standard of living, quality of life, welfare, wellbeing – there are all good things, but they are not necessarily about challenging power”. 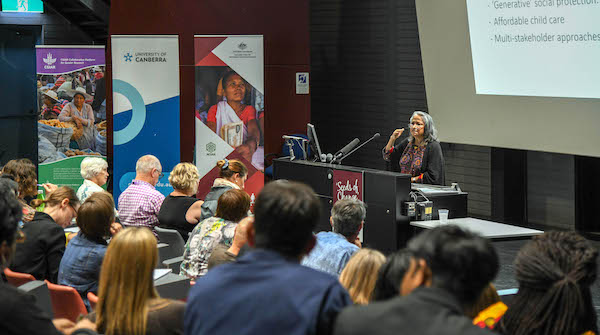 To this end, Kabeer offered the following conceptualisation:

“The processes by which people, who have been denied the ability to exercise strategic forms of choice, voice and influence – both in their own lives and in their communities – gain that ability to exercise choice. It’s about the kinds of resources that they can draw on to promote their agency in order to achieve both strategic and practical changes in their lives.”

The three core elements – resources, agency and achievements – are all important for achieving change. However, she noted, it is important not to assume a linear progression, as having resources does not automatically lead to increased agency.

“These were the kind of human capabilities that were supposed to translate into improved economic opportunities. But as you can see, they have not. We have made far more progress in closing the gender gaps in health and education, than we have in economic participation. And even less in political participation.”

To understand why progress has been so slow in some areas, it is vital to understand the power structures that create the imbalances in terms of access to resources and capacity to agency.

“Every society is defined by intertwining distribution of norms, resources, rules, and identities. That structure is gendered, but gender does not exist in isolation. It exists as a part of intersecting inequalities such as caste, race, ethnicity, marital status and so on.”

Drilling deeper into the gender dimension, Kabeer explored the gendered structures and constraints across a variety of domains.

In the domestic sphere, societal ideologies about masculinity and femininities prescribe what men and women should be in the society. Terms such as ‘mother’ or ‘father’ evoke images of certain roles and behaviour. These values and dispositions, in turn, give rise to hierarchies. 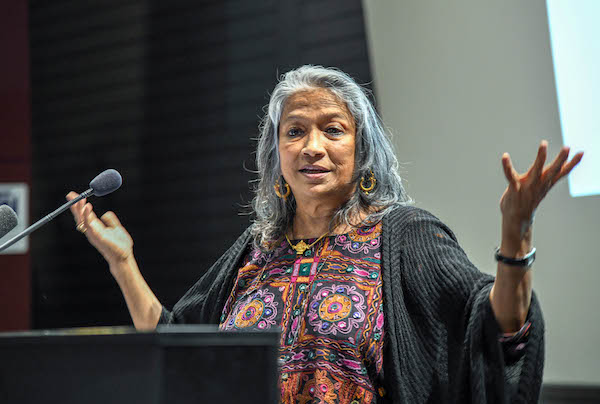 As such, the social norms, which dictate the appropriate behaviour for each gender can in turn contribute to the gender segregation in the labor market:

“In South Asia, there is a long standing taboo of women touching the plough, and so all activities involving the plough are reserved for men.  In Africa there is an association with women and the hoe, and men prefer not to touch the hoe because it’s emasculating.”

Gender-related constraints are resilient, she argued, because they have ‘feedback’. For example, parents may choose to educate their sons instead of daughters because they will have a better earning capacity.

In addition, their resilience reflects the fact that they are so often reinforced by the public institutions of state, markets and civil society, even though they are purportedly gender-neutral.

Citing a World Bank study of 141 countries, Kabeer highlighted the widespread evidence of legislation that overtly discriminates against women, such as inheritance laws, not being allowed to open a bank account, or even travel without a husband’s permission.

So, what then are some of the practical implications of this?

When we have an intervention, the first question we need to ask is did the intervention actually succeed in getting the resources it needed to get to women

There is a tendency to focus on the things that can be measured, such as agency and achievement. Talking about empowerment, she noted, does not deny the value of practical outcomes, but it entails more:

“[It is] quite important to make a distinction between trying to measure empowerment and trying to measure all those other good things, practical changes.  We need to know why change happens, and how it happens.”