US Secretary of State Mike Pompeo’s tenacity in gutting funding for human rights – particularly sexual and reproductive rights – has been impressive, even by Trump administration standards. He’s distinguished himself by going after even the smallest agencies that so much as whisper the word abortion.

While the recent massive $32.5 million cut to the United Nations Population Fund (UNFPA) was expected, it came on the heels of the US slashing its contributions to a lesser-known international agency earlier this year – the Organization of American States (OAS), cutting its budget by $210,000.

UNFPA is the United Nations sexual and reproductive health agency; it supports contraception and family planning around the world. Pompeo reduced US funding for the OAS, which is a multilateral political body like the African Union, saying it was “advancing the pro-abortion cause”.

But this line of executive activism – defunding agencies by making spurious allegations, and ignoring facts – predates Trump. It has been powered, in part, by a little-known but influential lobby group in Virginia that has fuelled ultra-conservative, anti-abortion campaigns for decades.

In making the case for cutting UNFPA’s budget, Pompeo cited the 1985 Kemp-Kasten amendment that requires the president to deny federal funding to groups involved in coercive abortion or sterilisation practices.

Reagan was the first president to withhold the agency’s funds based on dubious claims they were involved in China’s population control programme. Ever since, its funding has been used by conservatives as a political weapon; Clinton and Obama reinstated the funding, George W. Bush withdrew it. 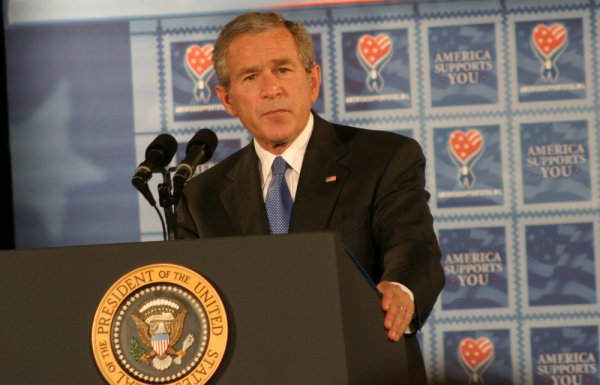 In 2017, the Trump administration, following the Republican Party playbook, defunded UNFPA – and refused to disclose its supposed evidence for coercion claims, saying it was classified. In response, 97 members of Congress wrote to then Secretary of State Rex Tillerson, expressing alarm that the decision was made without a proper investigation or even a visit to China.

The following year, in 2018, the state department justified defunding the agency making the same allegations, providing no evidence, and maintaining the information was classified. Now, for the third year in a row, the administration has again raised the spectre of UNFPA malfeasance in China’s population control programmes, without evidence.

I’ve seen a copy of the memorandum attached to the most recent defunding decision and it’s almost a cut and paste version of the 2017 original. The document admits: “there is no evidence that UNFPA directly engages in coercive abortion or involuntary sterilisations”, while impling that the agency indirectly supports these programmes by virtue of working on other projects with China’s family planning agency.

UNFPA has unequivocally denied any involvement in such coercive practices. The UN agency said it “has not yet seen the evidence to justify the serious claim against its work”. Meanwhile, Sarah Craven, director of its office in Washington told me: “We invited the [US] administration to see our programs anywhere in the world, and that invitation is still on the table”.

What happens when facts, and evidence, no longer matter? In this case, the effect of these budget cuts cannot be overstated. “This decision”, said Craven, “will be felt most not here in Washington, but by the most marginalised women and girls in some of the world’s toughest settings”, in more than 150 countries.

UNPFA’s reach is incredible: it trains thousands of health workers to ensure childbirths are supervised by skilled attendants; it works to end gender-based violence and female genital mutilation; and its highest priority is universal access to voluntary family planning, which of course helps to prevent unwanted pregnancies and abortions.

How did we get to the point where the sustainability of a vital UN agency is at the mercy of Republican party caprices, and now in the hands of the Trump administration? A small lobby group in Virginia, called Population Research Institute (PRI), is part of the story. It begins in 1989, a few years after Kemp-Kasten amendment was passed.

“This decision will be felt most not here in Washington, but by the most marginalised women and girls in some of the world’s toughest settings”

Based in the small town of Front Royal, PRI was founded by Father Paul Marx, a Benedictine priest and president of another (better-known) anti-choice group, Human Life International (HLI). Marx was also infamous for anti-Semitic claims, including that Jews make up the majority of abortion providers.

To run his new group, he hired Steven Mosher, a former anthropology PhD student dismissed from Stanford University in the 1980s for reportedly “illegal and seriously unethical conduct”, including bribing local officials, while researching China’s one-child policy. He returned to the US staunchly anti-abortion and anti-China: passions he converted into a profession.

PRI has expanded, but remains relatively small (its revenues for 2017 were just over $1 million, and other than Mosher, its website lists only two staff members). But it has a 20-year history of serious damage to international reproductive healthcare by promoting sham research to defund UNFPA.

After George W. Bush reinstated the Mexico City Policy (which blocks US federal funding for NGOs that provide abortion services, referrals, or advocate for legal abortion), PRI played a significant role in pushing UNFPA onto the chopping block again.

Chris Smith, who represents New Jersey in Congress, provided a key political link. In 2001, he convened a congressional panel to investigate PRI’s claims. Based on PRI’s research, and Mosher’s testimony, Smith advised Bush to invoke the Kemp-Kasten amendment and defund the agency.

A state department investigation, and a separate British fact-finding mission to China, found PRI’s research unsubstantiated. There was no evidence of coercive practices by UNFPA. The US state department, under then Secretary of State Colin Powell, even recommended that its funding be resumed. Ignoring this, in 2002, Bush withheld the money.

With Trump in office, PRI and its claims continue to be relevant – and dangerous for the health and rights of women and girls worldwide. It is one of a dozen US conservative groups that have spent millions of dollars around the world, including to push ultra-conservative agendas in Europe, openDemocracy revealed earlier this year.

It remains deeply politically connected in America too. Mosher is still the lobby group’s leader. He’s also a founding member, along with Steve Bannon, of a new group to fight supposed Chinese threats to the US. Speakers at the Committee’s April launch included Newt Gingrich and Senator Ted Cruz.

Today’s evidence-free justification for UNFPA’s defunding reflects Mosher’s legacy in fostering a false and dangerous narrative around the UN agency’s work. It also highlights the Trump administration’s willingness to do business outside the bounds of empirical evidence.

If UNFPA is complicit in human rights abuses in China, Trump’s administration needs to lay out its facts and not rely on decades old rumuors spread by an anti-abortion lobby group. Given precedent, it’s unlikely it ever will.

This article was originally published on openDemocracy 50:50 and has been reproduced here under the Creative Commons Attribution-NonCommercial 4.0 International licence. Read the original here.