As an Icelander abroad, you regularly encounter people who congratulate you for the amazing paradise of gender equality that you and your countryfolk have managed to build; eliminating the gender pay gap, providing all sexes with equal opportunity and serving as a beacon of hope to other countries.

I never know exactly how to respond to that. It is true that the standing and rights of women rights and LGBTIQ+ people are better in Iceland than in most – and perhaps all – other countries. We top the World Economic Forum‘s Global Gender Gap Index for equality year after year; we did supposedly have the first democratically elected female head of state in Vigdís Finnbogadóttir in 1980, the first openly lesbian head of government in 2009 and today our prime minister is a young woman who has impressed on the world stage with her equality advocacy. And, of course, in 2017 the Icelandic parliament passed a bill, which dictates fines for companies that fail to ensure equal pay for men and women.

These are definitely facts to be proud of, and it is great if they can act as an inspiration and encouragement for other countries as they work towards greater gender equality. At the same time, I always feel a bit disingenuous if I accept the praise without saying anything (even if we leave aside the fact that I don’t feel like I personally earned any of it simply by being born there).  We may be the least worst in terms of gender equality, but that does not mean that we are particularly good.

First, we do not in fact have equal pay for men and women. According to Statistics Iceland, the total gender pay gap was about 15% in 2017 and according to their comprehensive study of this gap from 2008-2016, around 5% of that gap still remained when accounting for various explanatory factors.

Data from 2017 shows that men with university education earn an average total of 9,3 million ISK (Icelandic crowns) a year, while similarly educated women make do with 6,7 million ISK. It is important to note that the gap has gradually shrunk, and we don’t appear to have data for the period since the new equal pay act was passed. However, earlier this year it was reported that only 23% of large companies have been certified by the process stipulated by the act, and apparently none of them have been fined.

we still have a long way to go towards social equality

But while we still don’t know the effects of the law and it seems like a positive symbolic step, it is also less dramatic than it may sound. Firstly, it does not mean that authorities actively ensure equal pay in the workplace. Rather, it simply means that workplaces need to come up with, and get certification for a wage assessment plan that abides by a particular standard of non-discrimination. Many, including the creators of the wage standard, have criticised the act’s potential for being ineffective as it relies heavily on employers themselves recognizing and avoiding pay inequity.

More broadly, we still have a fairly long way to go towards social equality. Only the smallest category of companies in Iceland reach a 20% proportion of female executives and chairpeople, with larger companies barely reaching 10%. Among government officials, media and the judiciary, around 40% are women and although we almost reached the 50% mark in parliament, after the 2016 elections we regressed back to 38%.

This latest development was largely due to the emergence and electoral success of a new, populist right-wing party (the “Center Party” (i. Miðflokkurinn)), which saw six men and only one woman elected. 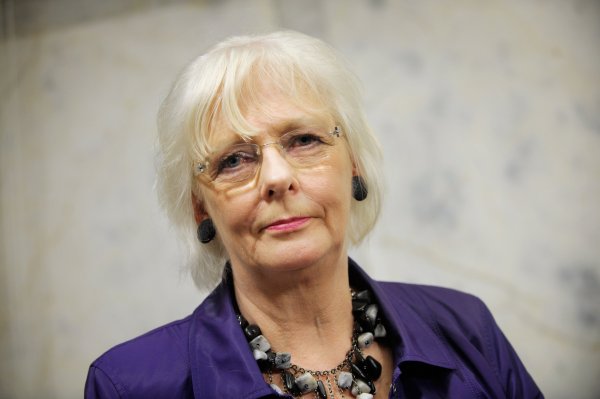 What’s more, one year ago, in November 2018, secret audio recordings of four of the six elected MPs – and two other newly elected MPs who have since joined the Center Party in parliament – were released. The recordings contained hours of loud conversations they had had at a bar next to parliament (while parliament was in session), in which disgusting things were said about many of their colleagues and other well-known Icelanders, most of whom “happened” to be women, disabled and/or LGBTIQ+.

Among other things, the MPs called one of their party leaders a “crazy cunt”, talked about how their former ally and current Minister for Education had wanted to have sex with them and that they should “go after the bitch” (as in, bring her down for supposedly betraying them), talked about how one conservative female politician was not as attractive as before and would therefore start doing worse in politics, and nick-named a disabled female activist and former MP an “island”… I could go on, but I don’t much want to. When the recordings came out, the party had been polling with around 10% support, which subsequently dropped to about 5%. However, their support has gradually grown again, and in the latest poll, 17% of Icelandic voters said they would vote for these men.

Myths can be inspiring and useful, but it is also important to realise the extent of the challenge

Perhaps unsurprisingly, the #MeToo movement has been very active in Iceland and has uncovered countless stories of domestic abuse, harassment and sexual violence across all layers of the society; including politics, media and academia. While there have been advances in LGBTIQ+ rights, there are also obstacles: Gay men are still not allowed to donate blood, a government regulatory agency recently demanded that gender markings be put back up on public toilets, and privately run gyms have made no effort to accommodate intersex, genderqueer or transitioning transgender people.

Again, these problems no doubt afflict all of the world’s societies and I do not intend to minimise the great progress that has been made in Iceland and elsewhere, our relatively impressive standing, or the inspiration that we can hopefully provide for others. Myths can be inspiring and useful, but it is also important to realise the extent of the challenge: even Iceland’s gender “utopia” is very far from it. The struggle continues there as elsewhere.