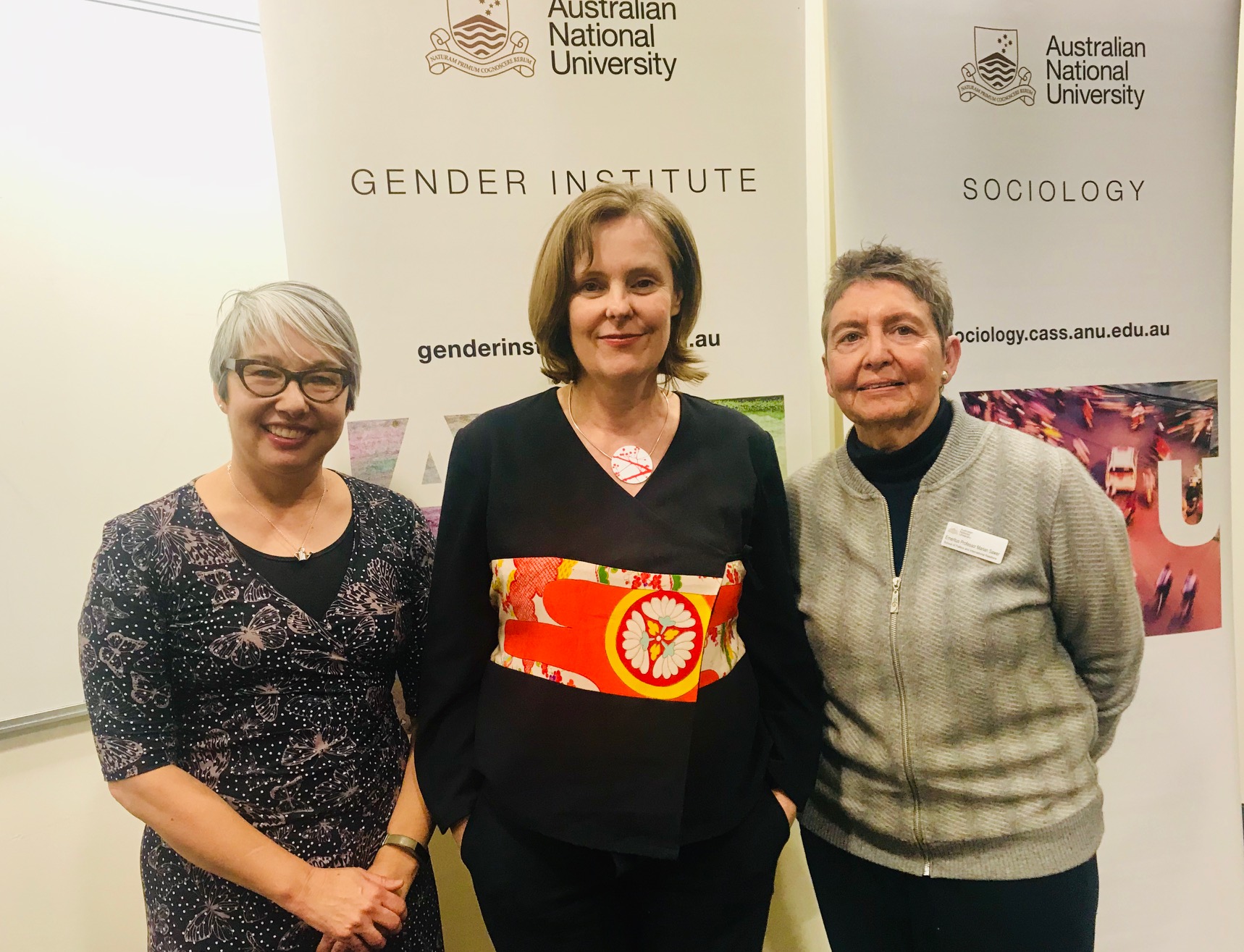 Gender equality in social sciences – What are we missing?

With women still dramatically underrepresented in senior positions in academia, what is the social impact of the persistent gender inequity in knowledge production? How does it influence the way in which we understand the social, political and economic world? And what does it mean in terms of the numerous diversity and gender equality initiatives and processes implemented in the workplaces?

These were just some of the questions explored at the Excellence and Gender Equality – Critical Perspectives on Gender and Knowledge in the Humanities and Social Sciences conference at the Australian National University last week.

Bringing together scholars from all around the world, the conference investigated the many facets of gender equality in universities, including the often expressed – and increasingly accepted – claim that genuine research excellence requires an equity component. It also drilled deep into the values and presuppositions shaping the interventions designed to change the status quo. 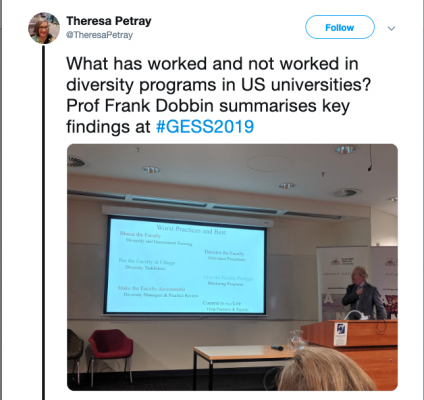 So, what exactly are the issues in social sciences?

As one of the conference organisers, Dr Fiona Jenkins, Associate Professor in the School of Philosophy at the ANU noted, “[The conference] is very timely in terms of where Australia is at with gender equity in academia. We’ve got the SAGE process, which is the Australian version of the Athena-Swan and focused on the science subjects where we have gender equality problems. But if we turn our attention to the humanities and social sciences, we also see a lot of problem areas that have been rather neglected so far in terms of approaches to gender equity. Part of the point of the conference is to start exploring in great depth both what the problems are in both humanities and social science disciplines, but to also think about quite deep levels of relationships between knowledge production and gender.”

“…you have to ask yourself, what impact does the radical absence of women in economics have on policy”

“For example, in economics, if you model the economy in a certain way, you produce certain kinds of policy results and you have to ask yourself, what impact does the radical absence of women in economics have on policy.”

The actual ramifications of these data blind spots are significant, having also direct consequences in terms of the projects that get funded and supported.

“Absolutely nothing in our current approach to gender equality in universities actually looks at where the money is going, where are the resources going, and who are they going to. How do we quantify that when we evaluate people’s performance? A disproportionate amount of academic funding – the ARC funding for example – goes to [senior male academics]. If you think about that flowing into these systems that are supposed to be meritocratic, you can see how that will produce incredible distortions in outcomes. So when we look at something like implicit bias as though that explained things, as though that was the pointy hat to fix, it’s terribly dangerous because we are making it far too easy for ourselves when we look at some of those questions in a narrow way.” 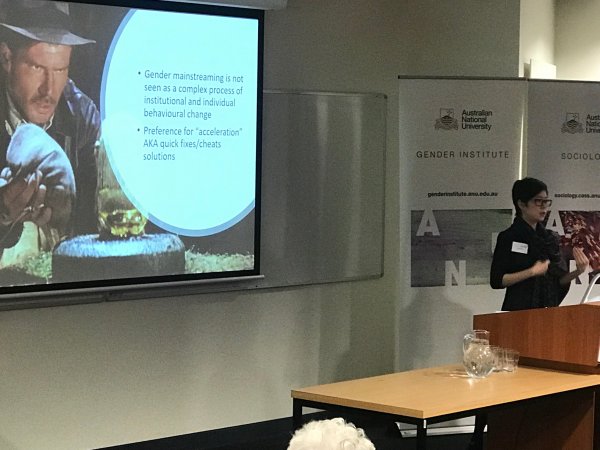 Gender mainstreaming has become a buzzword, but is it now just another ‘tick a box’ exercise?

Jenkins also highlighted the importance of the collaborative and interdisciplinary aspect of the conference. “I’ve been working with scholars from social sciences, sociology, political economy, and we see these very different kinds of approaches to how you view these problems. We’ve benefited enormously from having a big range of disciplinary expertise.”

“For example if an organisational sociologist looks at a problem, they do that in a certain way and they produce an account of the kinds of things that work in an institution and that’s often quite surprising, because it shows up things that you often just guess at.”

“At the same time, you could look at that question and what’s it capturing, how is it modeling that problem, and what it means to say something works and the power dynamics that lie behind that. Having this sort of evidence base is really interesting.”

You tell your story and people go ‘oh yes, there’s another poor woman.. but how do you then turn that poor woman into someone who’s actually empowered to change the institution?

So, what are some of the next steps we should be taking to advance gender equality in academia?

“One of the problems with the kind of gender equality reporting we do is we pull these numbers and graphs, but we don’t tell the stories in sophisticated ways that are linked to them, and we don’t empower the people who are telling these stories to actually initiate change in the institutions. So, you tell your story and people go ‘oh yes, there’s another poor woman.. but how do you then turn that poor woman into someone who’s actually empowered to change the institution? [During the conference] we’ve heard about the importance of networks and how difficult it is for them to be resourced because they’re not the disciplinary centres that the money goes to.”

“That nexus of power and resourcing would really be worth looking at more closely.”