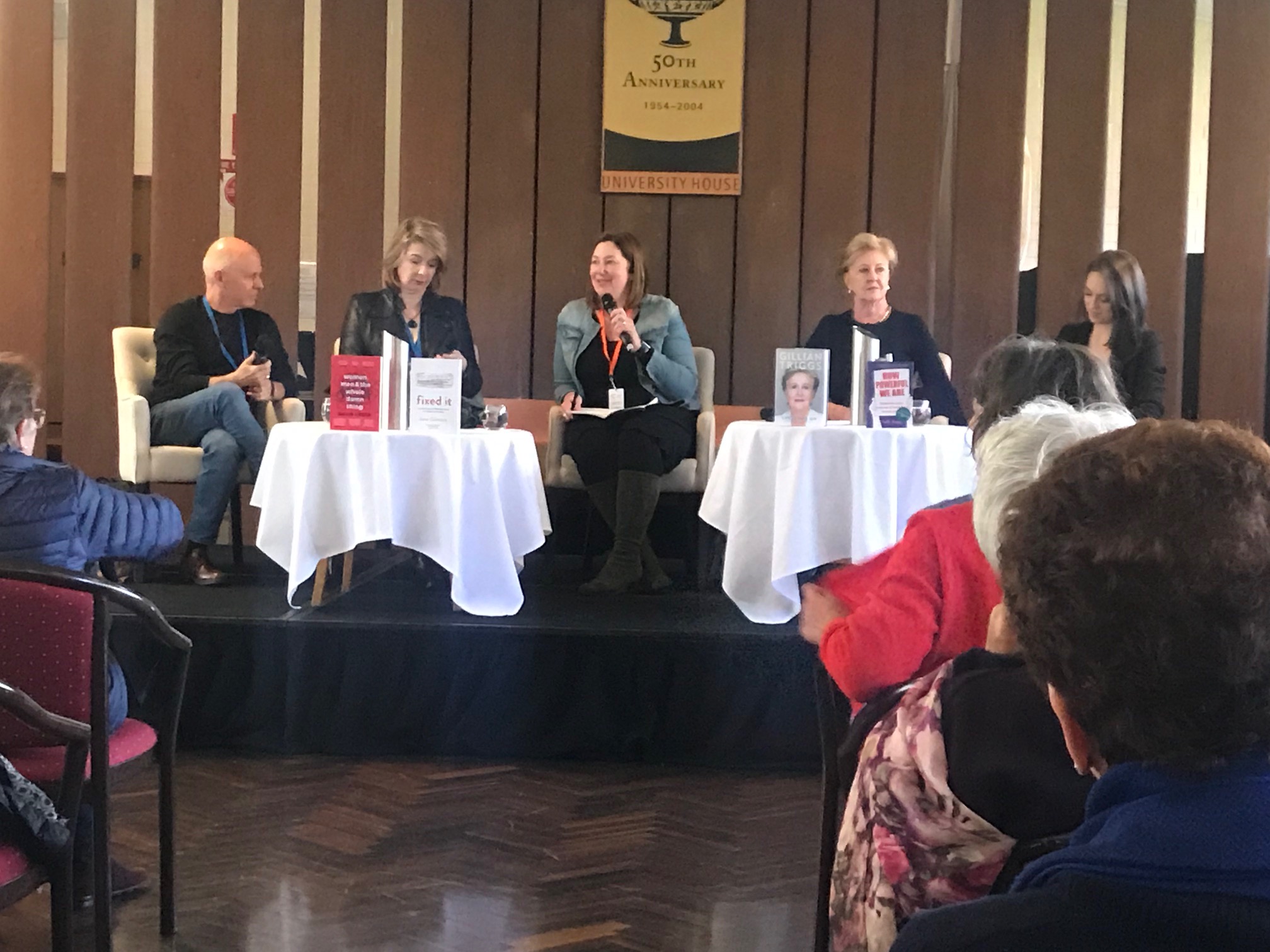 Time for a ‘Masculinity revolution’? Or not?

How do we overthrow patriarchy? Why do we have the crisis of violence against women? What is the role of activism in creating political change? Why did #MeToo take off – why right now?

There was no soft easing into some of the biggest questions of the moment at the Canberra Writers Festival panel discussion on ‘Women, Men and the Whole Damn Thing’ featuring Gillian Triggs, Sally Rugg, Jane Gilmore and David Leser, and facilitated by Jane O’Dwyer.

The ‘why now?’ question is particularly pertinent in Australia, where despite the relentless efforts of dedicated individuals and groups to change the status quo, gender equality has progressed at a glacial pace and pushback against progress is a constant reality as evidenced by the World Economic Forums damning figures on the country’s backwards slide in the global context.

Previously, visibility has played a significant part of the problem. As the #MeToo campaign entered the public discourse, the gendered differences in the awareness of this problem became immediately obvious. “Men were so surprised, but nothing in it was new for women”, Gilmore argued. “Men were shocked about the amount of trolling on social media. But women went, ‘No, that’s just Wednesday’.”

#MeToo is the modern expression of the ancient rage, but it’s now being heard around the world. I thought I knew the territory.. but I had no idea

Leser concurred: “#MeToo is the modern expression of the ancient rage, but it’s now being heard around the world. I thought I knew the territory.. but I had no idea.”

Which brings us straight back into the age-old question of men’s role in bringing about change. Do men just need to ‘shut up and listen’, as Leser’s daughter told him when he first wanted to write about #MeToo? Or should they play a more active part? The answer, of course, is ‘it’s complicated’.

Leser did not write his book for women, nor does he attempt to preach to those already converted. And that is precisely its strength. Unpalatable as it might be for some to have a middle-aged white man occupy the very space at the heart of contestation, and tell the stories activist and scholars have been trying to push to the surface for years, the reality is that his contribution fills a vital gap, one that thus far has been out of the reach for many others. 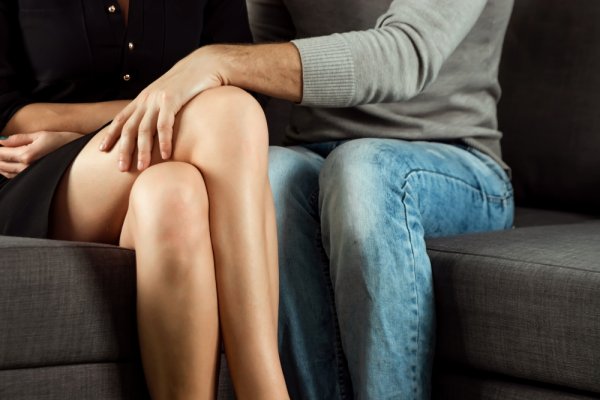 Sally Rugg, Executive Director at change.org and former Campaign Director at GetUp where she led the campaign for marriage equality, also expressed a nuanced view on the divisive topic of who is allowed to speak for others. “Significant social change cannot happen without allies. Without the support of mainstream communities, marginalised communities struggle to have their voices heard.”

Women working in factories, in precarious, low-paid jobs – they have no voice. Can the campaign speak for them?

But this is still a fraught territory to navigate, as Triggs so aptly argued. “The world was interested because the #MeToo campaign took place in a glamorous environment. But we know that the greatest impediment to equality is the uneven distribution of labor. Women working in factories, in precarious, low-paid jobs – they have no voice. Can the campaign speak for them?”

Gilmore agreed, “#MeToo is a story of racism. A black woman, Tarana Burke started the campaign 10 years before Alyssa Milano used the hashtag on Twitter. We know that the more vulnerable you are, the more likely you are to experience oppression, and be a victim of violence. We need to talk about that. We need to start with the marginalised.”

Which brings it back to control and power. Even relatively recently, women often lacked financial independence and were therefore easier for men to exert control over. Now, as some improvements have happened in this area, men have to work harder to maintain control, which may in turn contribute to the crisis of violence against women. At the same time, the election of misogynists such as Trump to the highest levels of power have given men the legitimacy to perpetuate this behavior at home.

So, how do we move forward?

Triggs argued that power comes with autonomy. “We need to look at practical ways of giving women that autonomy.” She also cautioned against taking any progress for granted. “We’ve had the Sex Discrimination Act since 1984. Back then we thought the problem was fixed.”

But while having the appropriate policies to protect the vulnerable are crucial, the panelists also believed in the collective power of people themselves to make a difference.

Gilmore argued that there was room for more radical action, “We need more protests in the streets.” Rugg echoed the sentiment, “People in power want to make you believe that activism doesn’t work. But don’t listen to them. Look at the marriage equality campaign. We saw the country heave with rainbows, people in the streets.. It was extraordinary.”

“We as Australians have the power to change things. I’ve seen it before, we can do it again.”

And while #MeToo may have been slow to bring about actual structural change in Australia, there is also evidence that men are starting to listen. There’s a growing awareness of the ways in which patriarchy hurts both men and women, and the need to allow boys to express their vulnerability without being bullied or mocked for it. 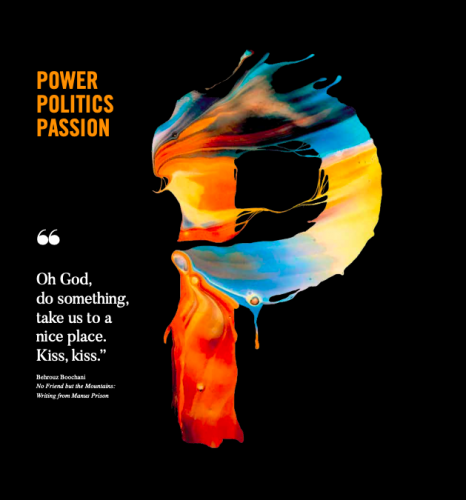