Women in peace and security efforts: Reflections on UN Women

“…there is mounting evidence that women’s participation in peace and security efforts contributes to more effective responses to today’s complex crises and that women play a critical but under-utilized role in preventing conflict and sustaining peace.’”

Earlier this year, I completed a 14-month attachment to UN Women in New York, where I provided gender-related policy advice on peacekeeping, sexual exploitation and abuse, and security sector reform. As a military liaison officer in the peace and security section, I bridged the gap between UN Women and the other military components of the UN, and other international organisations such as the North Atlantic Treaty Organisation (NATO).

One of the highlights was observing the breadth of UN Women’s work to achieve women’s equality and empowerment. From conducting a peacekeeping course for military women, to building networks to share international best practice on women, peace and security, the organisation is galvanising UN member states to enhance women’s roles in peace and security efforts.

Women’s participation in peacekeeping is a critical component of mission success – leading to greater credibility of the forces, more effective protection efforts, higher reporting of gender-based crimes, and lower incidents of sexual exploitation and abuse by peacekeepers. However, on average, only 3 per cent of UN military peacekeepers are women. As such, UN Women has taken a leading role in enhancing opportunities for military women. To incentivise troop-contributing countries to increase the number of female peacekeepers, and to help meet the UN’s target of 15 percent female staff officers, it runs training courses for female military officers in Kenya, China and India. 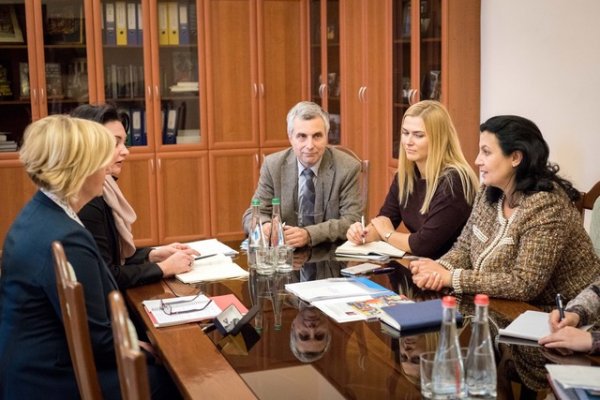 As part of my role, I developed funding proposals and opportunities for these courses. Since its inception in 2015, over three hundred women from around the world have now completed the training. While they are expensive and could not be conducted without generous donor funding, over 75 per cent of the attendees are either deployed or nominated for deployment. As such, they are recognised as an earmark of success in enhancing opportunities for equal access.

Naturally, women cannot be deployed in larger numbers unless their national institutions support their equal participation in all aspects of service, including combat roles and leadership positions

Naturally, women cannot be deployed in larger numbers unless their national institutions support their equal participation in all aspects of service, including combat roles and leadership positions. UN Women supports in-country efforts to implement national action plans in the security sector by providing the gender equality expertise necessary to inform change.

Since 2015, UN Women has been actively working in Ukraine to help align its defence reform process with strategies to reduce barriers to women’s meaningful participation and to emerge as a key proponent for gender equality in the defence and security sector in Eastern Europe. At the time, women’s participation in Ukraine’s armed forces was towards the lower spectrum of participation rates across NATO and partner nations at 8.0 percent.

In addition, Invisible Battalion, a study of women combatants from military units taking part in the Anti-Terrorist Operation in eastern Ukraine identified that when women were injured during combat duties undertaking roles that were not their regular employment category, such as driving tanks and operating heavy weapons, they were not entitled to the same health benefits as their male colleagues under similar circumstances.

Following this, the Ukraine government released its national action plan to eliminate the cultural barriers that hinder the full participation of women in all aspects of negotiations and resolution of conflicts and/or matters of peace and security at the national level. Working closely with UN Women, the Ukraine defence and security sector has produced tangible results; developing gender training, expanding combat roles to women, integrating gender into operations, and making recommendations for revisions and amendments to eliminate discrimination against women in national laws. 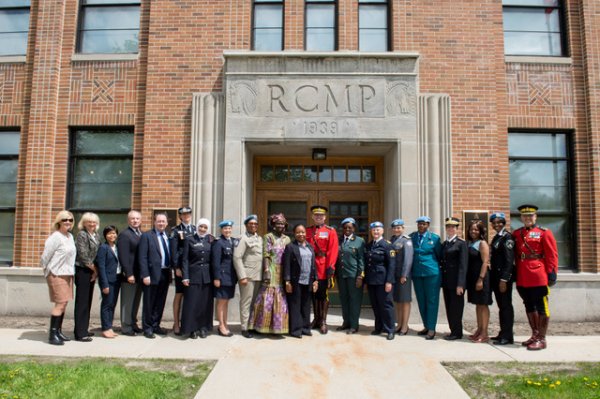 In 2017, UN Women and the Ukraine government conducted a gender impact assessment that addressed legislation, human resource policies and processes, leadership, and institutional culture, including measures to prevent and respond to sexual and gender-based violence. Subsequently, UN Women developed a Ukrainian gender equality strategy for five key defence and security agencies, focusing on creating equal opportunities for women, institutionalising gender, and creating a gender adviser capability and network. It will also continue to assist the government during the implementation to help the country meet its gender equality goals.

Over the course of my attachment I also contributed to the development of a course to prepare senior police women for peacekeeping, and facilitating a key panel on their inclusion; conducted training on gender equality, gender perspective in peacekeeping, and gender-based violence, to peacekeepers in Jordan; and developed key recommendations with NATO on security sector reform to integrate gender perspectives at both the national and international level.

On reflection, two things in particular stand out to me: First, working with staunch feminists – both men and women – who are committed to the organisation’s mandate, and dedicated to making a difference in the lives of women and girls. Second, having the opportunity to develop my knowledge and skills, and to learn from experienced staff, especially in conflict environments. Overall, being able to contribute to something so significant made this a fulfilling experience.