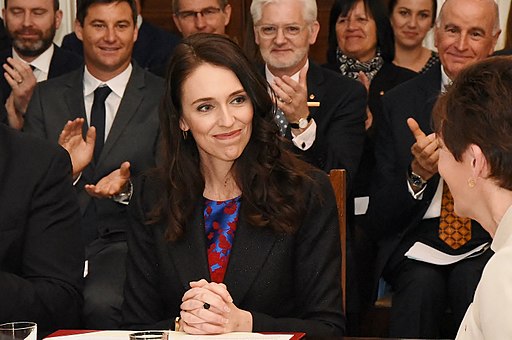 The unbearable ‘softness’ of female leadership

Recent developments in New Zealand have given gender equality advocates much reason to celebrate. Not only does the top job in the country belong to a woman – and a pregnant one at that – but for the first time ever, the political bureaux of all the main media organisations will be led by women in 2018. 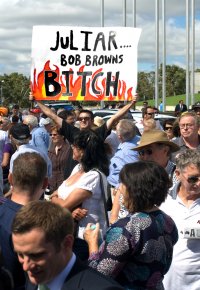 But simultaneously the backlash is brewing. The celebratory tone some of us take for granted whenever progress is made, is increasingly dampened by commentary across several media platforms as those in the positions of power and privilege cling on to their seats in a desperate attempt to stop, or at least stall the looming paradigm shift. More broadly, the fear of male privilege being dismantled is spreading the pushback through different demographics, with women increasingly copping the blame for the disempowerment of men.

What’s most concerning, however, is the fact that even when the media coverage is not intentionally critical, persistent assumptions about the innate differences between men and women still underlie much of the debate – and they are proving particularly hard to shift.

He resorted to cringe-worthy gushing about her age, her looks and her pregnancy

When Charles Wooley interviewed Jacinda Arden in the instantly infamous 60 Minutes episode on 25 February, the actual politics, policy and political vision were not the focus. In fact, barely got a mention. Instead, he resorted to cringe-worthy gushing about her age, her looks and her pregnancy – all the important issues he later claimed Australians were most interested in.

Others, however, have pulled no punches in voicing their doubts about women in leadership. An online New Zealand news website focused on the perceived differences in male and female leadership styles – an old gender stereotyping trap from the last century – and described Prime Minister Ardern’s leadership style in somewhat derogatory overtones as “kinder”, while the National Party MP Amy Adams was “less-combative”. The article’s author then went on to suggest that the “mainly female political reporters” who now dominate political mainstream commentary in NZ somehow reflect a “softer, less aggressive style of politics”.

While unashamedly yearning for the days of the good old boys’ clubs, when the men did the hard, fast talking and the gals took the notes, the picture the article paints is disturbingly gendered. ‘Soft’ is presented as synonymous with uncritical, suggesting that somehow the gender of the reporter dictates tone and intellectual rigor, while politics and political reporting are imbued with aggression, a testosterone playfield in which the ‘softer’ sex could not possibly succeed – unless of course they assimilate and embody the requisite masculine characteristics. ‘Hard news’, it implies, must go straight for the jugular, with the only valid performance being a display of overt masculinity.

While we all seem to agree that gender diversity is good ‘in principle’, we still seem unable to accept it in practice.

What is most disheartening about these accounts is that several decades on, and mountains of evidence later, we don’t seem to be any closer to reaching significant cultural change. We know that gender diversity is good for business and in fact improves any organisation’s bottom line, which is why we are increasingly seeing workplaces commit to improving diversity rates across different sectors. But while we all seem to agree that gender diversity is good ‘in principle’, we still seem unable to accept it in practice.

While gender essentialism as a concept has been thoroughly contested, the consequences of these assumptions continue to play out every day in modern politics, hurting both men and women alike. Female politicians in particular have been repeatedly shown to be constricted by a gender double-bind. In other words, they are expected to demonstrate masculine leadership attributes, without sacrificing their feminine qualities. 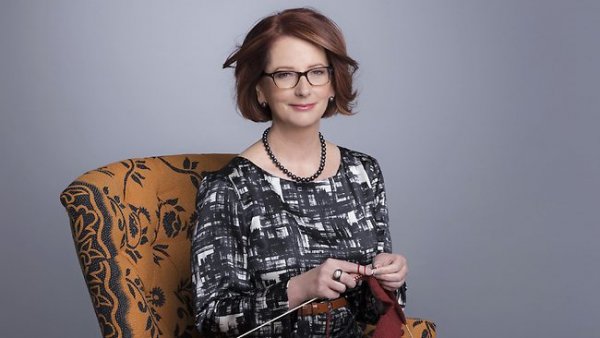 And yet, we don’t have to look too hard to see just how out of touch this is with the modern world. Take for example, Lauren Duca’s article ‘Donald Trump is gaslighting America’, which was widely praised as one of the most thoughtful political essays of 2016 by journalism’s heavyweights from CBS and The New York Times. Place of publication? Teen Vogue. A fashion magazine targeted primarily at teenage girls.

It is also rather pointless to discuss hard vs soft leadership styles, if we don’t also look at the actual political performance and impact of the leaders. The former Australian Prime Minister Julia Gillard was neither masculine, nor aggressive, and yet, had the highest rate of passing legislation. In this vein, describing Ardern’s politics as “soft” is not the problem. The problem is with equating soft with feminine and thus subpar without applying any other qualifiers, and subsequently attempting to discredit her on a gendered basis.

More broadly, the expectations we place on women’s performance at work vary significantly from that of men, with a study showing that “women need to perform at the top 10% of their peer group to be evaluated comparably to men, while average-performing men are 33% more likely to be preferred over similarly performing women”. 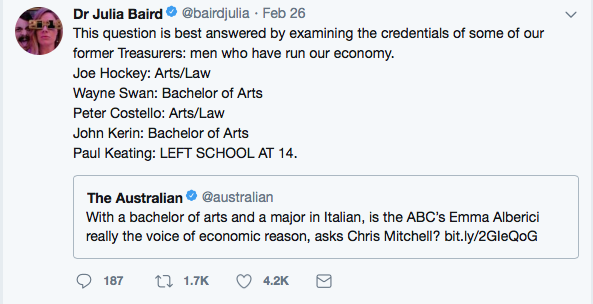 The prevalence of this in Australia was very evident recently in mainstream media, with The Australian’s attack on the ABC’s chief economic correspondent, Emma Alberici. While absurd that a veteran economic journalist would have to defend her qualifications after decades of professional experience, it is at the same time sadly unsurprising. And interesting to note that none of the male economics or finance reporters at the ABC have also been asked to publicly explain their qualifications. Alberici – for the record – has authored a book on business finance, and was made Economics Editor of a mainstream newspaper before she reached 25 years old.

What it all boils down to is that ‘tough’ manifests in various forms. The narrow categorisation of feminine/soft/private vs masculine/aggressive/public is outdated and lazy – at best. But it is also potentially harmful at a time when the negative effects of toxic masculinity are acknowledged by men and women alike. To assign only one acceptable performance – in this case aggressive masculinity – to any given field constricts everyone. The sooner we understand the value of true diversity, the better off we will all be.