It is with great honour that I take the floor on behalf of the Working Group on the issue of discrimination against women in law and in practice. I am joined by my colleague and Working Group member Melissa Upreti. This is the very first time that our Working Group has the opportunity to formally speak before the Commission during its general discussion. We are delighted that the Working Group, the key mandate of the Human Rights Council on women’s human rights, is now formally connected with the key intergovernmental body on the status of women CSW. 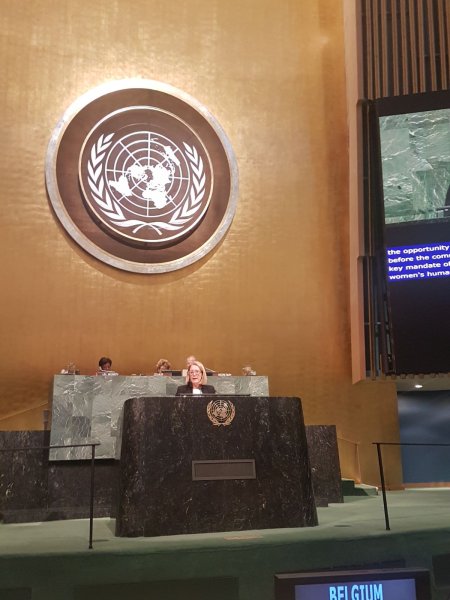 The mandate of the Working Group was created in September 2010, thanks to the tireless and determined efforts of many actors among Member States and civil society. In fact, the idea of a mechanism on the issue of discrimination against women first originated in the CSW in the context of the Beijing plus 10 review. The review found that despite significant progress, including many constitutional and legal reforms, discrimination against women persists everywhere, transcending national, cultural and religious boundaries. It was a major achievement when the Human Rights Council succeeded in establishing a Special Procedures mandate devoted to tackling the issue of discrimination against women in law and in practice. The Working Group together with the Special Rapporteur on violence against women are the only ones, among the 44 thematic mandates, focussing on women’s human rights, despite the fact women represent half of the world’s population and continue to face many barriers to acheiving full equality.

The work of our expert group has covered interrelated areas of women’s life – from political and public to economic and social, from family and culture to health and safety. On each of these areas, a thematic report has been submitted to the Human Rights Council, informing the Council’s annual resolution on the elimination of discrimination against women.

In addition to our annual thematic report, the Working Group engages in other areas to advance women’s human rights globally. From engaging with Member States, civil society stakeholders, and individual rights holders to our country visits, letters to Governments and other entities, interactive dialogues at the Human Rights Council – we are focussed on identifying where action is needed and making strong recommendations. The Group has conducted 14 country visits covering all regions, including a State which has not ratified CEDAW. The Group’s 200 plus communications, have tackled issues and individual cases such as modesty, sexual and reproductive health and rights, women human rights defenders, domestic workers and access to land. An important number of these communications address discriminatory laws including on nationality, marital status, sexual and reproductive health and rights, and adultery. 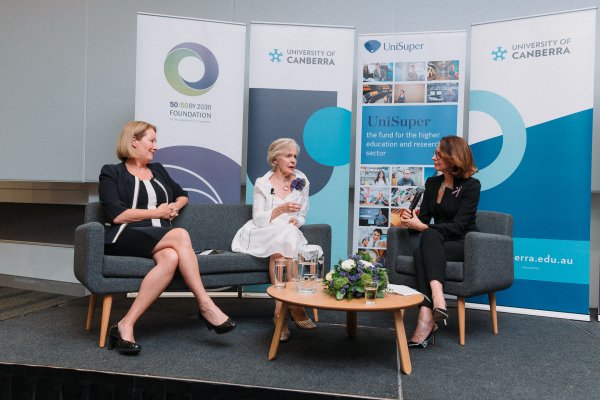 The Working Group develops position papers to advance conceptual debates on important issues. Our recent paper is on women’s land rights, a subject relevant to this year’s theme on rural women. The Group pointed out that women are more harshly affected by land tenure insecurity due to direct and indirect discriminatory laws and practices at the national, community and family level. In this context, States should more than ever comply with their obligation to ensure that women have equal rights, including in access to land in law and practice.

Unique to Working Groups in the Special Procedures, we have a convening power through the holding of regular sessions, which have allowed us to systematically interact and reinforce cooperation with all concerned stakeholders: States, civil society, UN entities and global and regional human rights mechanisms. This has enabled us to provide space for women’s human rights defenders at the international level to inform our understanding of, and effective responses to, human rights issues impacting women.

Cooperation and coordination with others working on women’s rights is integral to the mandate of the Working Group and manifested in all aspects of our work. The work of CEDAW and the Working Group is particularly linked and mutually reinforcing. The Working Group systematically brings what CEDAW has developed through its constructive dialogues and normative guidance to its country visits as part of the comprehensive preparatory work, and in turn, the findings from the Working Group’s country visits feed into the work of CEDAW. We have been working together to further explore the great potential for strategic collaboration in the interest of the rights of women we defend. Our Group collaborates regularly with the Special Rapporteur on violence against women, especially through joint communications, public statements and efforts to join forces with regional human rights mechanisms. Furthermore, the Working Group undertakes efforts to ensure women’s rights are properly incorporated in the work of other mechanisms in the human rights system.

I wish to take the opportunity to pay tribute to the founding members of the Working Group for their contribution and for the solid foundation they have laid for our future work.

While recent decades have seen important gains made for women’s rights, overall progress towards an equal and just society where women are free from discrimination has been painfully slow and uneven across the globe

As the second group of mandate holders, we will continue to implement this unique and important mandate with the same determination. Indeed, we will be guided by a vision which aims at realizing women’s human rights through preventing roll-back and reasserting women’s right to equality. We do so holding a deep concern that while recent decades have seen important gains made for women’s rights, overall progress towards an equal and just society where women are free from discrimination has been painfully slow and uneven across the globe. Marginalized groups of women remain left behind while political conflict and natural disasters have created new populations of vulnerable women. The recent resurgence of racism, populism, religious fundamentalism, and sexism pose complex challenges for women who continue to battle on many fronts for their dignity and survival.

The struggle for women’s rights specifically takes place within a context of increasing backlash and efforts to roll-back progress, and a global context of conservative forces challenging the universality of human rights. The growing emergence and influence of conservative and extremist ideologies with increasing national political power is scaling back the advancements toward women’s right to equality. Such forces exist on a spectrum and are manifest in diverse forms. A common feature however, is the focus on curtailing women’s human rights, entrenching stereotypical gender roles and control over women’s bodies. In some contexts, these forces have reshaped laws, state institutions and social norms to entrench discrimination and inequality. These forces have also restricted spaces for the work of women’s human rights defenders and civil society.

This challenging context highlights the need to reassert the human rights of women so that every woman and girl can live a life of dignity and respect. Achieving this vision requires a renewed focus on maintaining and building upon the gains already made, as well as preventing roll-back. This means taking stock of women’s rights globally, celebrating and learning from the progress that has been made, shining a light on areas where women’s rights remain fragile and under attack and lifting up those who remain left behind. Creating enabling environments for women’s human rights defenders and women’s organizations is vital for advancing gender equality and sustaining positive change.

This is the context for the Working Group’s overarching framework of ‘preventing roll-back and reasserting equality’ that will guide its activities over the next 6 years.

We welcome this ground breaking opportunity to come before you. We need your support. Indeed we count on your support to ensure that this immense task of eliminating discrimination against women entrusted on us by the UN Human Rights Council can be delivered.