It was welcome to read in the Weekend Australian recently Nikki Gemmell promote the virtue of financial independence and the hazards of shared finances. For too long we have espoused the value of choice, that women (or men) are able to choose service in the home over paid work.

Without financial independence, women remain vulnerable to poverty and homelessness

The narrative about the intrinsic worth of domestic labour and the care-giving role promotes this choice as a viable option for young women. But, rightly or wrongly, working in the home doesn’t pay the bills, and there is an inherent danger in advocating this option. Financial independence, the ability to earn or access your own money without relying on others, provides real choices and security. Without it, women remain vulnerable to poverty and homelessness, and are powerless to dictate the terms of their lives.

Aside from the financial imperatives of rising house prices and cost of living, removal from the labour force for long periods of time presents other challenges. Mia Freedman writes in her book Work, Strife, Balance, “If you’ve sidelined yourself from the workforce for a large chunk of your adult life, you will find it tough to get back in.” The modern labour market is dynamic and rapidly changing due to technological advances, and candidates with long gaps in resumes or outdated skills may find it difficult to be competitive in this environment.

“Rightly or wrongly, working in the home doesn’t pay the bills.”

The choice to remain in unpaid labour in the home disproportionately impacts women. They are more likely to be the primary carer to children, and to work in the home on a full-time basis. According to the Australian Bureau of Statistics, in 2016-17 one-third of women aged 20-74 years are not in the labour force.  This is particularly evident for those in their child-bearing years, with women aged 25-44 years are more than two and half times as likely to be out of the paid labour market.

A lack of access to their own financial equity can similarly leave women with a lack of options to ensure their own security. According to a 2018 report from the Australian Institute of Health and Welfare (AIHW), for the same age group, intimate partner violence causes more illness, disability or death than any other risk factor. The threat of relationship break down and domestic violence is very real. Approximately one in three marriages ends in divorce. One in six women have experienced physical and/or sexual violence by a cohabiting partner since age 15.

In a pragmatic sense, what allows women to recover from this is the ability to rely on their own skills to pay the bills.  This means that women need an education and a work history that equips them to access the paid labour market.

Not having access to independent income leaves women vulnerable to homelessness and poverty. According to AIHW, 72,000 women sought homelessness services in 2016-17 due to family / domestic violence. A lack of options can also follow them into retirement where Australian women, on average, face their elderly years with far less financial means comparative to their male counterparts. 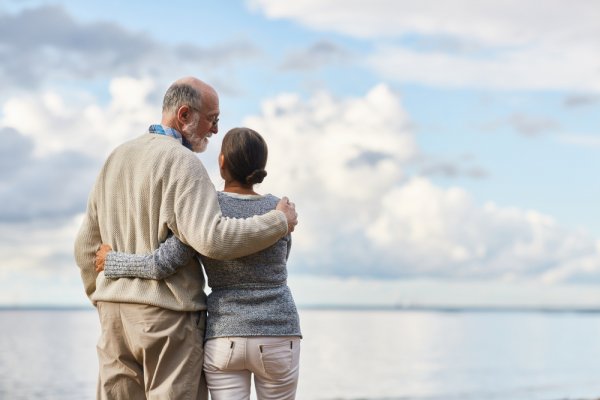 The Australian Bureau of Statistics reports that men aged 55-64 years in 2015-16 had a much higher superannuation balance comparative to women the same age. The 2017 HILDA survey found single women aged over 60 are the lowest income earning family group. This group is also the most likely household type to live in poverty.

In an ideal world, work in the home would be appropriately valued

In an ideal world, work in the home would be appropriately valued. Raising children is a taxing and relentless task with many transferable skills. But in the real world, long gaps from the paid labour market render women financially dependent on their partners. Domestic work is not easy, but it also isn’t paid.

The message we need to convey to women is that access to your own income provides security and choices; the choice to leave an unsatisfying or abusive relationship, and the choice to pursue goals and ambitions of your own.