Q. How is business currently held to account for gender pay equality in Australia?

A. Under the Workplace Gender Equality Act 2012, non-public sector employers (large private sector companies and NGOs) with 100 or more employees must submit a report annually to the Agency against six gender equality indicators.

The acceptance by Australian employers to report their information and data is very positive. We now have a compliance rate of just on 99%; a great result when you consider that our Act currently covers over 11,000 employers.

The Agency’s latest 2016-17 dataset showed a surge in employer action on gender equality.

The Agency lists all non-compliant organisations on its website and in its Annual Report, which is tabled in Parliament. In addition, non-compliant organisations may not be eligible to tender for contracts under the Commonwealth and some state procurement frameworks and may not be eligible for some Commonwealth grants and other financial assistance.

The Agency’s latest 2016-17 dataset showed a surge in employer action on gender equality. In particular, there was a big jump in employers analysing their pay data for gender pay gaps and taking action (up nearly 11 percentage points to 37.7%).

Our data shows that we are moving in the right direction. The gender pay gap continues to steadily close and the representation of women in management has been increasing over the last couple of years. But, in reality, progress is still far too slow.

Q. Do you think a penalty-based approach like Iceland’s new law is the right way to go? And would this work in an Australian context?

A. The Icelandic legislation may well see positive outcomes on the acknowledged causes of the gender pay gap such as unconscious bias, as well as like-for-like gender pay gaps within organisations. However, it remains to be seen whether the legislation will help address deep-seated cultural and structural problems, as evidenced in Australia, such as occupational and industrial segregation, women working part-time at three times the rate of men, and the fact that women take on the greater share of unpaid care work.

… if employers act voluntarily to address issues such as the underrepresentation of women in leadership, then additional regulation will not be necessary.

I talk regularly with CEOs and senior business people across the country and they keep telling me that they do not want further regulation. So, my answer to this is quite simple: if employers act voluntarily to address issues such as the underrepresentation of women in leadership, then additional regulation will not be necessary.

Q. What do you believe are the most significant barriers contributing to our gender pay gap?

A. Even though Australian women are highly educated, the gender pay gap reflects the fact that they are still not accessing senior and well-paid roles at the same rates as men. An obvious contributing factor to the gender pay gap is the under-representation of women in management and leadership roles. Only 16.5% of CEOs and 29.7% of key managers are women. Overall, women are just 38.4% of managers in Australian workplaces.

… the (Report on) factors driving the gender pay gap … found that the greatest contributor, accounting for 38%, was sex discrimination (direct and indirect).

… average full-time salaries (are) lower for women than men in every occupation and industry in Australia.

Workplace gender segregation is another major contributor to the gender pay gap in favour of men. ‘Women’s work’ is traditionally undervalued and women are paid less, with average full-time salaries lower for women than men in every occupation and industry in Australia. 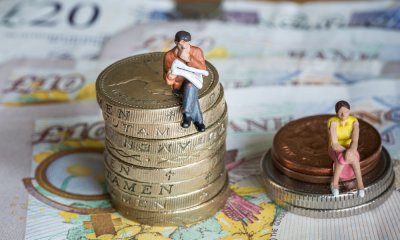 Research tells us that women and men are sometimes being paid differently for the same job – especially at senior levels where there is more scope for individual negotiation. Although it is illegal to pay women less than men for doing the same work and employers are unlikely to deliberately pay women less, the data is clear. Women continue to be paid less because of bias in pay decisions and barriers to accessing high-paying jobs.

The Women in Leadership Report we produced in collaboration with McKinsey & Co. and the Business Council of Australia clearly showed leadership accountability is essential if real progress is to be made in shifting entrenched gender divisions in our workplaces. Boards and senior management have to be held accountable for tangible outcomes and show leadership on these issues.