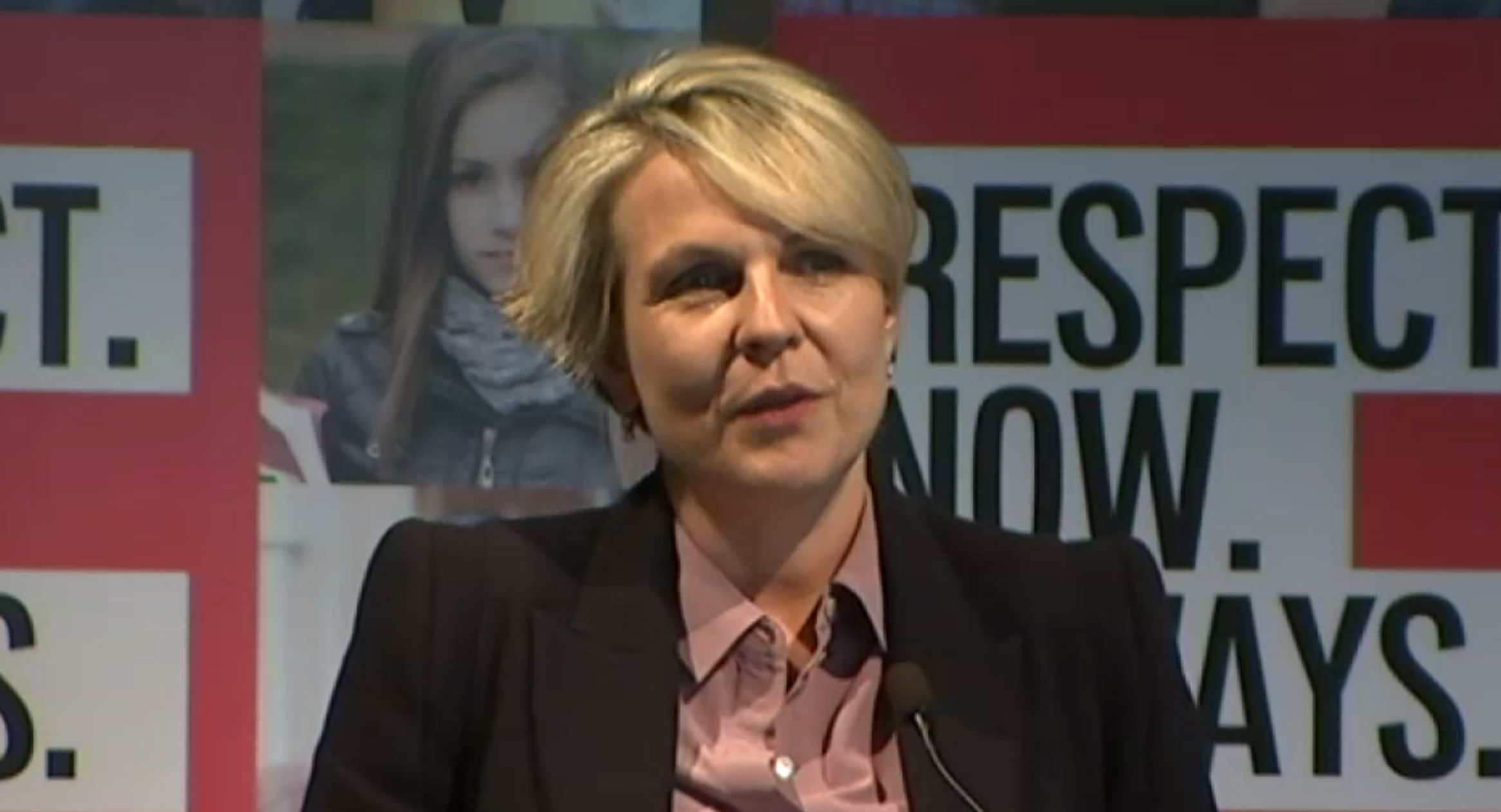 On 12 July, MPs took part in a Westminster Hall debate on abuse and intimidation of candidates and the public in the recent UK elections. During the debate, Chris Skidmore, the Minister for the Constitution, announced that Prime Minister Theresa May had requested that the Committee on Standards in Public Life carry out a review – firstly, to examine the nature of the problem and its implications for candidates and office holders and, secondly, to consider whether measures already in place to deal with this issue are sufficient, effective, and enforceable.

Research published in 2016 and 2017 indicates that the vast majority of British MPs have experienced ‘intrusive or aggressive behaviour’ from constituents, while more than half of female MPs report having received physical threats. News reports suggest that intimidation and harassment have been on the rise for at least the last several years, with the online harassment of Stella Creasy being perhaps the most well-known case. The assassination of Jo Cox in June 2016, however, brought this issue into greater focus – and highlighted that women, in particular, appear to be targeted more often and more viciously than their male colleagues.

Although there were calls following Jo Cox’s death for violent threats towards female MPs to be taken more seriously, incidents of online bullying and offline harassment seem – in contrast – to be growing more common. Over the past year, numerous MPs have reported online rape and death threats, including Jess Phillips, Yvette Cooper and Anna Soubry. In some cases, these attacks have occurred on multiple fronts, with misogyny combining with homophobia against Angela Eagle, racism against Diane Abbott, and anti-semitism against Luciana Berger.

Shortly after the 2017 general elections, some Conservative MPs began to share their experiences, with Sheryll Murray and Sarah Wollaston divulging threats received on social media, as well as incidents of vandalism and intimidation occurring at their homes and offices. In early July, the Citizens Commission on Islam, Participation, and Public Life published Missing Muslims, with a section detailing harassment of British Muslim women aspiring to participate in local politics.

Although these examples are rooted in the British context, they are not unique in a global perspective. The problem of violence and harassment against female politicians has been increasingly recognised by actors at the international, regional, and national levels.

The problem of violence and harassment against female politicians has been increasingly recognised by actors at the international, regional, and national levels.

In 2011, for example, the United Nations General Assembly approved Resolution 66/130, calling for zero tolerance for violence against female candidates and elected officials. In 2015, states-parties to the Inter-American Convention on the Prevention, Punishment, and Eradication of Violence against Women endorsed a Declaration on Political Harassment and Violence against Women. In 2017, the French Senate approved an amendment that would disqualify those found guilty of sexual or psychological harassment from holding political office.

In a recent article published in the Journal of Democracy, I map these emerging global debates, focusing on the nature of the problem, its implications for candidates and other office-holders, and solutions that might be employed by different actors to address this problem. These international experiences provide a useful starting point for the work of the Committee on Standards in Public Life, enabling it to focus its efforts on developing strategies to combat political violence and harassment in all its manifestations.

What is violence against women in politics?

International actors typically define violence and harassment against women in politics as (1) aggressive acts toward female political actors, faced largely or only by women; (2) because they are women, often using gendered means of attack; (3) in order to deter their participation, as a way to preserve traditional gender roles and undermine democratic institutions.

This definition seeks to go beyond traditional understandings of political and electoral violence and harassment, understood as attempts to defeat or silence a particular political perspective through force. The democratic costs of such acts are often well-recognised.

Present debates seek to expand the discussion to address efforts to exclude and silence women specifically – sometimes due to their political affiliation, but also, more often, in spite of it. These forms of violence and harassment are largely obscured from public attention, either because they take place in private spaces or because, due to prevailing gender norms, they are widely naturalised and accepted.

The result is that female politicians often confront similar challenges as their male colleagues, stemming from their work as public servants, while also facing resistance and even danger in spaces accessible and safe for men – like political assemblies, party meetings, their offices, and their homes.

Differences in male and female politicians’ experiences on social media illustrate these dynamics: while both women and men are (and, for democratic reasons, should be) criticised online for their policy positions, female MPs – and women who voice their opinions more generally – tend to be attacked in highly personalised, sexualised, and often vitriolic ways.

While both women and men are criticised online for their policy positions, female MPs tend to be attacked in highly personalised, sexualised, and often vitriolic ways.

To be sure, there are high levels of political disaffection among the public towards politics and politicians and, when asked to compare the US Congress to a series of unpleasant things, respondents reported a higher opinion of root canals, cockroaches, and traffic jams.

Even in such a context, however, individuals tend to express greater levels of hostility toward female as compared to male leaders, judging women to be less likeable, qualified, and competent despite equivalent profiles. This antagonism stems from the fact that women are often seen as interlopers in the male world of politics, the result of a long history of silencing women’s voices in the public sphere.

Normalising the abuse of public figures – and dismissing sexism and misogyny in the political world – as simply the ‘cost of doing politics’ has devastating consequences for the quality of democracy.

First, it can undermine the will of voters by skewing electoral outcomes and rendering elected representatives less effective. Sexist comments and the sexual objectification of female politicians can have a critical impact on their electoral fortunes, while sexist hostility and intimidation can detract from substantive policy work and drive female politicians to step down.

Second, violence and harassment can impoverish political discourse by truncating the diversity of perspectives brought into the policy-making process. Women whose presence challenges multiple inequalities are frequently targeted, like Cécile Kyenge, the first black minister in Italy, who had bananas and racist epithets thrown at her.

Female politicians who speak and act from a feminist perspective are also attacked. Former Texas state senator Wendy Davis noted: ‘I have lots of bots who follow me. I could literally say it’s a beautiful day in Texas and the responses I get on Twitter are “baby murderer.”’ 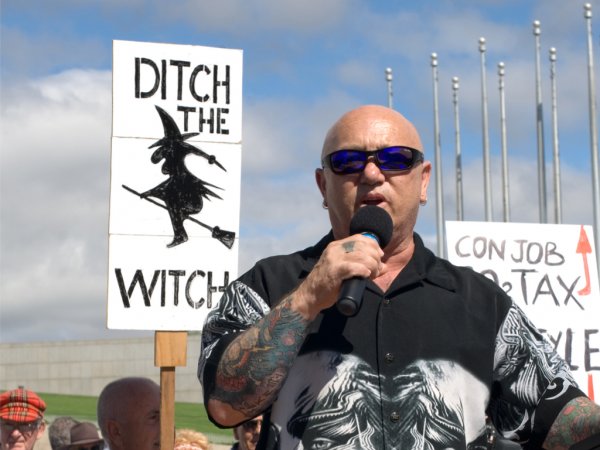 Third, violence and harassment directed at women can restrict women’s political rights. Motivated by a desire to preserve traditional gender roles, perpetrators may target individual women, but in so doing, communicate a broader message that women as a group should not participate in politics.

This point is missed by free speech advocates who defend online trolling, overlooking the fact that the aim of such behaviour is to silence the targets, leading them to retreat from the public sphere. Young women have certainly internalised these lessons, dampening their own political ambitions.

In light of these consequences, unfortunately violence and harassment against female politicians is not rare. In a first attempt to measure this phenomenon, the Inter-Parliamentary Union interviewed female MPs across diverse countries in 2016 and found that more than 80% of had experienced psychological abuse and more than 25% had confronted some form of physical violence.

Yet, to date, power dynamics between men and women in parliaments, parties, and society conspire to keep these behaviours hidden, treated as a regrettable but common occurrence in political life.

Fighting perceptions that this is just ‘politics as usual’

Women’s testimonies suggest that a wide range of perpetrators may be involved: while some abuse can be attributed to members of other political parties, a great deal also comes from women’s own parties, their own communities, and their own families. Together with online harassers – whose identities are often more difficult to ascertain amid fake and anonymous accounts, as well as automated bots and communities of trolls – this landscape calls for a multi-level, multi-actor response.

A crucial first step is to resist dismissing violence and harassment as simply ‘politics as usual.’ In 2016, the National Democratic Institute (NDI) launched the #NotTheCost campaign to stop violence against women in politics, arguing that violence is not the cost of doing politics: women should be able to be politically active without experiencing discrimination, harassment, or assault.

A crucial first step is to resist dismissing violence and harassment as simply ‘politics as usual.’

At the state level, the National Commission on the Status of Women in Pakistan began collecting official data on violence against women in politics in 2015. In Mexico, various state agencies came together in 2016 to develop a protocol to coordinate their work to combat political violence and harassment.

Within parliaments, legislators have launched reforms to criminalise political violence and harassment, such as a law passed in Bolivia in 2012 and bills proposed in at least five other Latin American countries. In 2014, an all-party committee in the Canadian House of Commons instituted a new code of conduct and procedure for handling sexual harassment complaints.

Political parties have removed representatives, as the African National Congress in South Africa did in 2006, and considered barring members who perpetrate violence and harassment against other members or other parties, as recently proposed in France. Internally, the British Labour Party has instituted rules against sexism, racism, and bullying in party meetings. Liberal International made a statement on violence against women in politics before the UN Human Rights Council in 2016.

Technology companies, while crucial partners on the issue of online harassment, have not developed adequate policies for dealing with abuse against politicians – although Facebook has recently taken steps to tackle the spread of fake news stories. To date, users themselves have been the primary drivers of campaigns against online violence and harassment against women in politics through hashtags like #NotTheCost, #NameItChangeIt, and #ReclaimTheInternet.

These represent only a handful of potential solutions that have emerged to prevent and neutralise the damage caused by political violence and harassment.

There is no doubt, however, that global momentum is building as women and men around the world recognise that violence against women in politics poses a serious and growing threat to democracy. In the words of former US Secretary of State Madeleine Albright: “When a woman participates in politics, she should be putting her hopes and dreams for the future on the line, not her dignity and not her life.”

This post was originally published on Democratic Audit UK, and the original can be found here.