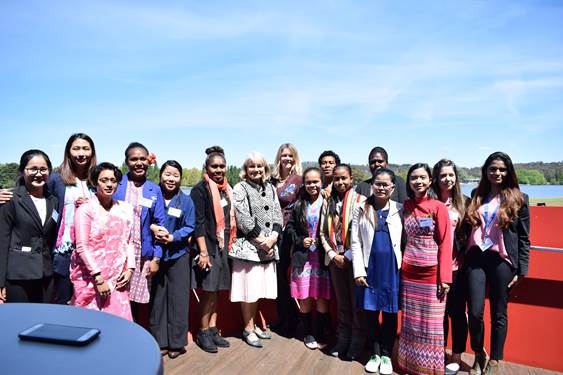 “Even though my voice may tremble, even though I may speak softly, listen to what I have to say, for I have something to say.”

The powerful words from a young Nepalese woman captured the essence of the Young Women’s Leadership Workshop held recently in Canberra.

Young women are ready to lead. Not in the future. Not as trainee leaders. Now. However, decision-making opportunities are often closed either due to a perceived lack of experience, or due to cultural norms such as respect for elders. We need to listen to them and give them space to lead, speak and reconfigure what their leadership looks like.

Young women are ready to lead. Not in the future. Not as trainee leaders. Now.

The workshop provided an opportunity for young women leaders to build their networks, share their experiences, develop new skills and learn from one another and the broader community. It brought together people from Cambodia, Sri Lanka, Nepal, PNG, Solomon Islands, Bangladesh, Australia, Timor Leste, Fiji, Myanmar, and Samoa to develop a better understanding of how, why and to what effect young women acted in leadership roles in their homes, workplaces and communities. 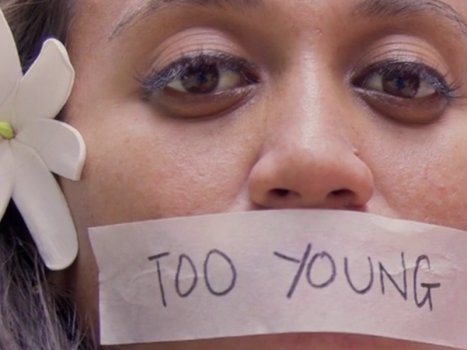 The Canberra workshop followed a training program in Melbourne where participants wrote and produced short films on issues that deeply impacted them and their leadership aspirations. The result was a powerful series of videos that were premiered at the Canberra event, and which set the scene for a round of challenging discussions.

In addition to the young women participants, the workshop was addressed by the Ambassador for Women and Girls, Dr Sharman Stone, the Head Gender Specialist from DFAT Amy Haddad, and the World YWCA General Secretary, Malayah Harper. IWDA also introduced the Women’s Action for Voice and Empowerment (WAVE) program, which focuses on the equal representation and visibility of women and men.

The discussions on the day focused on producing recommendations for how to practice intergenerational leadership, how to change the ways in which we conceptualise leadership, and what support programs can be put in place. 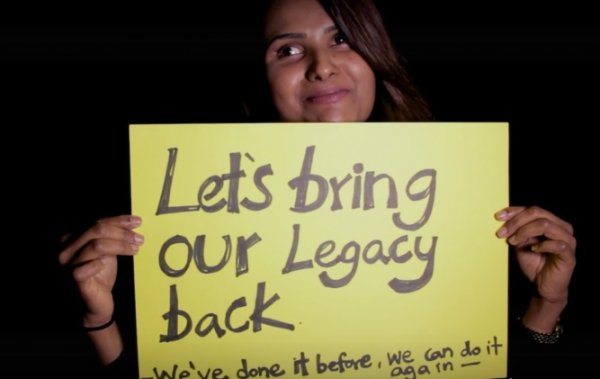 ‘Only light’ video by Lisa Gascoigne from Australia, Naw Hser Hser from Myanmar, Sahanika Rajapakse from Sri Lanka and Sea Lihoung and Sen Chanthou from Cambodia

The Monash Gender Peace and Security Researchers Associate Professor Katrina Lee-Koo and Dr Lesley Pruitt (read their BroadAgenda blog here) presented their research findings, which revealed that young women’s leadership has some unique elements that can be used in ‘rethinking’ the leadership concept.

Traditionally, leadership is understood as a display of formal, prescribed actions that occur within the public sphere. But rethinking the concept can encourage appreciation of leadership to include everyday actions that occur in a variety of context, such as within a family, on the domestic home front, or within local communities. This ‘new leadership’ model can be collective, collaborative, and transformative, in both formal and informal spaces.

This ‘new leadership’ model can be collective, collaborative and transformative

However, significant barriers prevent young women from taking charge and activating their leadership skills and capabilities. The key barriers discussed included a culture of violence against women; incomplete schooling; a lack of access to tertiary education; a lack of sexual and reproductive health rights; along with limited participation due to family caring, study or work responsibilities.

Much has been written on why young women’s leadership matters, but hearing their stories first-hand and seeing their confidence grow during the workshop process proved particularly powerful. Despite a large audience, each of the young women took to the stage with confidence and claimed the space. They reflected on how the changes in leadership support and the creation of safe spaces had led to the challenging of gender norms, breaking the cycle of violence, creating opportunities for participation, enabling them to conduct peer education and support their communities, build skills and knowledge, and made them feel part of a bigger network where they could share knowledge and learn from one another. 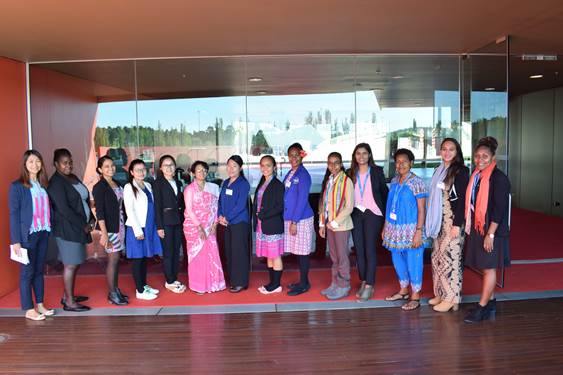 So, what can we do to support the leadership of young women?

Listen to them. Create spaces for more than token inclusion – they are not there to make up the numbers or to ‘tick the diversity box’. Make space for young women in all their intersectional diversity. Be inclusive. Support the implementation of their ideas, and engage them from the outset to design programs and agendas, rather than bringing them in at the end. Let them know they are supported. Help them learn to back themselves: even if their journey begins in a ‘trembling’ voice. Build trust and confidence.

Acknowledge that intergenerational leadership is not all one way – learning and knowledge sharing happens in both directions. Build their capacity to identify and grab an opportunity once it is presented. Have them shadow someone to see how leadership works in reality. Train them. Encourage meaningful action.

Most importantly, let their voices be heard.