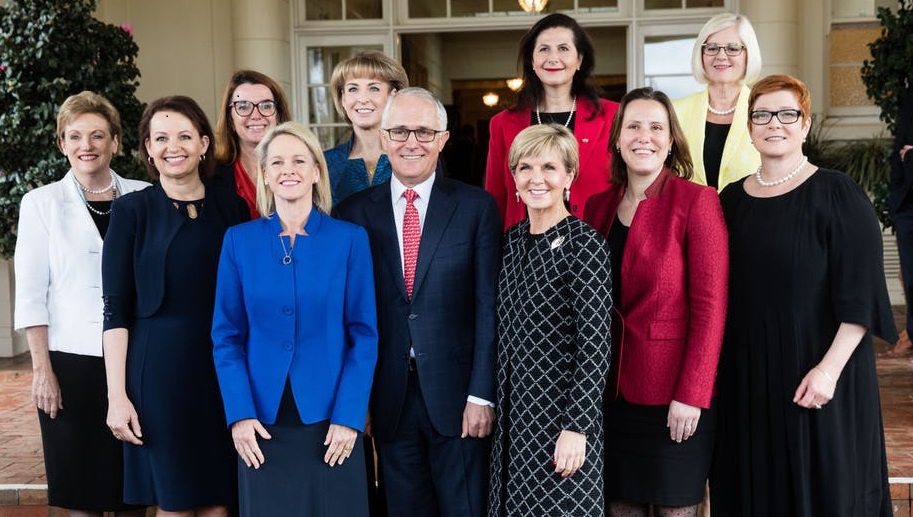 How the Liberals can fix their gender problem

Faced with some pretty sobering figures, the Liberal Party has again ignited debate over how best to increase women’s representation in parliament.

Across all parliaments in Australia, women make up only 24% of Liberal Party MPs, compared to 43% for Labor and 58% for the Greens.

Federal Liberal Party president Nick Greiner has urged state divisions to take the issue “seriously” and commit to “a genuinely targeted approach to improving performance”. The New South Wales division, where women comprise 22% of Liberal state MPs, has been first to respond.

The NSW state executive will meet later this month to examine quotas, loadings and other options to increase the number of female MPs. The ALP has used gender quotas to raise the number of women elected to parliament since 1994.

The plan has already caused controversy within the Liberal Party. It has exposed perennial tensions between those who advocate for affirmative action and those who believe in the “traditional” liberal preference for aspirational targets, training and networking initiatives.

Some lessons from overseas

As the gatekeepers of entry into parliament, political parties have significant influence over the recruitment of women into politics.

The use of quotas is certainly an important mechanism in promoting representation. But party researchers have suggested that preselection processes, as well as the broader culture of a party in fostering inclusion and engagement, matter too.

Using data from the Political Parties Database Project, a team of researchers from Australia, Canada and Israel analysed some of the factors that make a difference to the number of women preselected for public office by political parties. We compared recent elections data, the formal rules and organisational structures of 122 parties in 19 countries.

Our research, looking at a range of established democracies such as Australia, Belgium, Denmark, France, Italy, Norway, Sweden and the UK, revealed some interesting and surprising trends.

Across the world, around 40% of parties specifically mention gender in preselection rules.

Across the world, around 40% of parties specifically mention gender in preselection rules. Some reserve seats for women on party executives (38%) and conferences (30%). Other parties have created women’s groups, such as women’s councils and networks.

Within countries, the difference between parties is also large. In Austria, for example, the proportion of women candidates ranged from 18% (for the right-wing populist Freedom Party) to 52% (the Greens).

But there are some common trends.

Surprisingly, we did not find the same impact when looking at quotas adopted voluntarily by political parties.

Parties that have established internal women’s groups, guarantee women a place on the party’s highest executive, or reserve delegate positions for women at party conferences do not produce more gender-balanced slates of candidates compared to those parties that do not.

We also found, contrary to our expectations, that giving members a greater say in party preselections did not affect the number of women candidates nominated.

This is an important finding, as the prevailing view in debates on preselection reform in Australian parties is that better representational outcomes, such as nominating women and ethnic minorities, are achieved if party hierarchies rather than grassroots members control preselections. Our research suggests that opening up the process does not narrow the representativeness of the candidate pool.

There are also lessons in moving beyond formal rules and processes to look at the broader impact of political culture.

We found that political ideology plays an important role in fostering equality and the desire for gender balance. Even accounting for differences in political systems, we found that parties on the political left (social democrats and the greens) are more likely to produce balanced slates of candidates than their right-wing or conservative counterparts.

Two other factors in our study strongly influenced the number of women candidates nominated: the percentage of women in the national parliament, and the number of women on the party executive. This is because, when women reach positions of power, gender stereotypes break down and they inspire others to enter the political arena.

What can the Liberals learn from this?

When mandated by law and sanctioned as part of a broader political project by the state, quotas are extremely effective in promoting women’s representation.

But these positive effects diminish when we look just to the formal rules that parties establish voluntarily.

The best way of achieving gender balance in parliament would be to find multipartisan support for adopting legislative quotas.

Failing this, any formal rule changes the Liberals might make, including quotas or targets, need to be underpinned by a cultural shift.

For green and social democratic parties, affirmative action measures work well, because they are bolstered by a receptive party ideology.

These kinds of reforms are harder to sync with the Liberals’ philosophical foundations. They will be harder to sell, and risk failure, unless supported by a change in thinking.

Having women already in positions of political authority

significantly increases the number of women that parties nominate

This change should start by recognising the persuasive evidence from comparative research that having women already in positions of political authority – on the party executive or in parliament – significantly increases the number of women that parties nominate.

Affirmative action is one way to achieve this. However, the strategy needs to be targeted to both the organisational and parliamentary wings, to reinforce the importance of having prominent women in all parts of the party.

For the Liberals, reform needs to encompass formal rule changes, but this is not enough. The party also needs to establish a culture and representational ethos that reflects the status of women in Australian society today.

This article was originally published on The Conversation. Read the original article here.