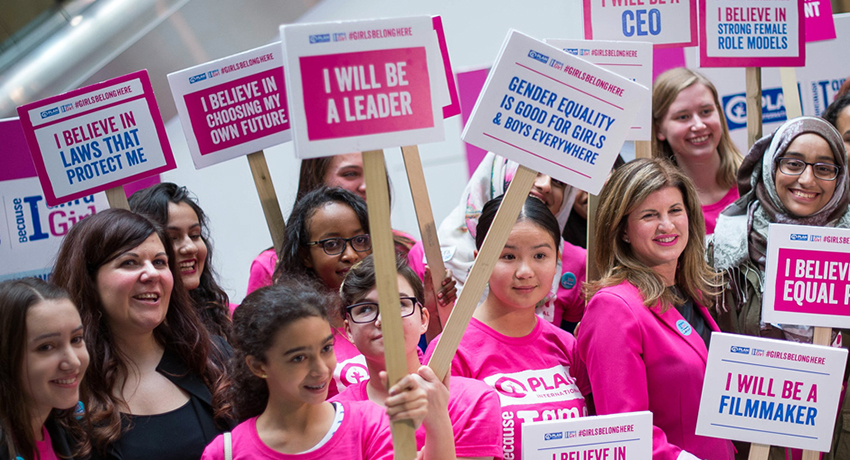 Australian politics has a problem. At the last Federal Election women’s political representation in Parliament rose a mere 1%. Compared to New Zealand’s ranking of 16 (out of 144 countries) on the 2016 Global Gender Gap index for political empowerment, our current rank of 61 is dire indeed.

Of our 150 House of Representative parliamentarians, a mere 43 are female. Although women are approximately 50.2% of our population, we still fail to reflect this demographic in our political system. After all, we are in a representative democracy…aren’t we?

In order to show the world the benefits of unleashing girls’ potential, and inspire more women and girls to enter politics, we have organised the #GirlsTakeover Parliament Program with Plan International. This global takeover on International Day of the Girl is a call to action for radical social and political change, intended to tear down the barriers of discrimination and prejudices that continue to hold girls back.

This global takeover on International Day of the Girl is a call to action for radical social and political change.

From Paraguay to Pakistan, hundreds of girls will stage an historic “takeover” as they become Presidents, Ministers and CEOs for a day to raise their voices for justice and equality. Here in Australia, the #GirlsTakeover Parliament Program will commence on October 11 with the ACT Legislative Assembly, followed by the Australian Federal Parliament on October 18. By occupying spaces and places where they are rarely seen or heard, girls and young women will demand action to find solutions to ensure all girls can learn, lead, decide and thrive.

Given the current global climate of political uncertainty, we felt women’s rights, values and opportunities were being threatened—not just overseas, but in our country as well. This is why we were determined to break Plan International’s world record for the largest takeover, which is  currently held by Justin Trudeau—and we’ve done it! 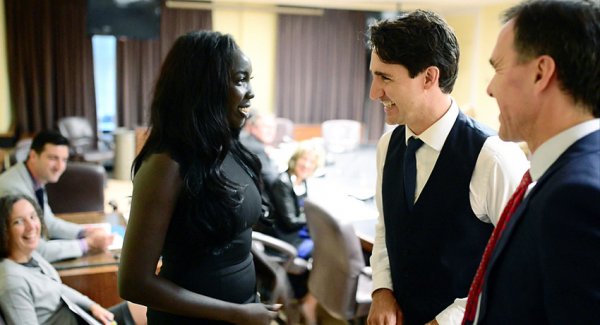 Utilising our “girl power”, we have brought together 19 Parliamentarians from every major party to send a bipartisan message that the Federal Parliament is committed to defending the rights of girls.

Girls and young women will demand action to find solutions to ensure all girls can learn, lead, decide and thrive.

However, when organising the #GirlsTakeover Parliament Program we came across a significant barrier. It quickly became evident that although equal representation is not just a women’s issue, it is women who are more prominent in their support for gender parity.

Despite reaching out to more male parliamentarians, we received overwhelming support from female representatives. Currently, the majority of our takeovers are women, and only six male participants having accepted. 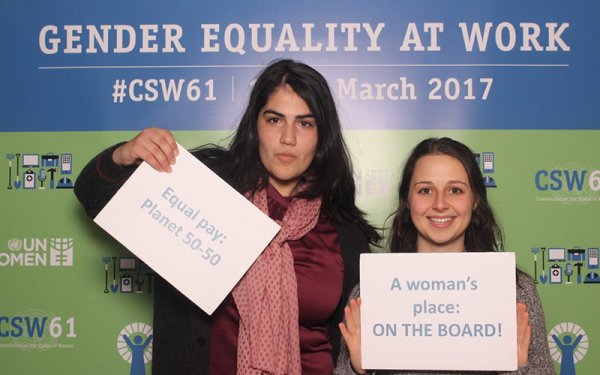 Blog authors Caitlin Figueiredo and Ashleigh Streeter during the Commission on the Status of Women in New York earlier this year.

As a country, we need to acknowledge that men are a fundamental part of the solution to addressing gender inequality. If we want to get more young women in politics, our male politicians need to be actively involved by supporting their female colleagues and candidates, and by taking action on changing the male-dominated culture that has bred within the walls of Parliament.

In 2017, it’s about time we overcome the attitude that “women’s issues are niche issues” and start prioritising women’s unique and legitimate needs. As the majority of the population, women have the right to be represented and have their voices heard.

It’s about time we overcome the attitude that “women’s issues are niche issues”.

One argument put forward to excuse the lack of women in Parliament is that women and girls are not interested. A Plan International report released in 2014 found that fewer than 1% of girls dream of a role in politics. As young women ourselves, we can understand the lack of interest. We feel the majority of our leaders just aren’t effective at inspiring girls and young women to get into politics. 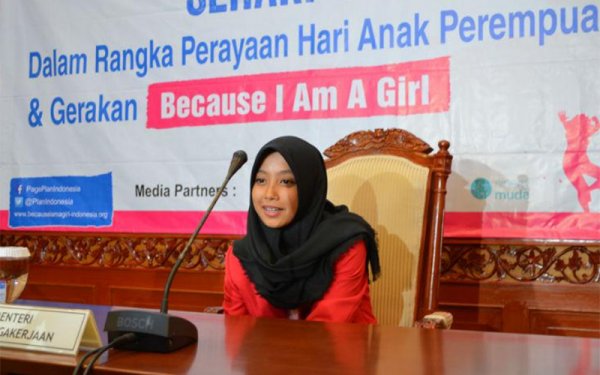 In Indonesia, Nur Annisa, 18, took over as Minister of Manpower. In her role, she chaired a leadership meeting.

Moreover, when we look at the House of Representatives and the Senate during question time, it does not look like a welcoming and respectful place, with the media highlighting political infighting, scandals, and name calling. Why would young women want to put themselves in an environment like that?

The #GirlsTakeover Parliament Program is one way we are addressing these range of issues and empowering girls across our country. During the month of October, we will send a message that when girls succeed, Australia succeeds.

During the month of October, we will send a message that when girls succeed, Australia succeeds.

More importantly, we will show the next generation of girls that not only are they our future leaders, but they can be leaders now: they will see themselves as decision makers, dreamers, and disruptors.

With more programs like the #GirlsTakeover and committed partnerships with parliamentarians, we will work to change the rhetoric that being a girl is a disadvantage.