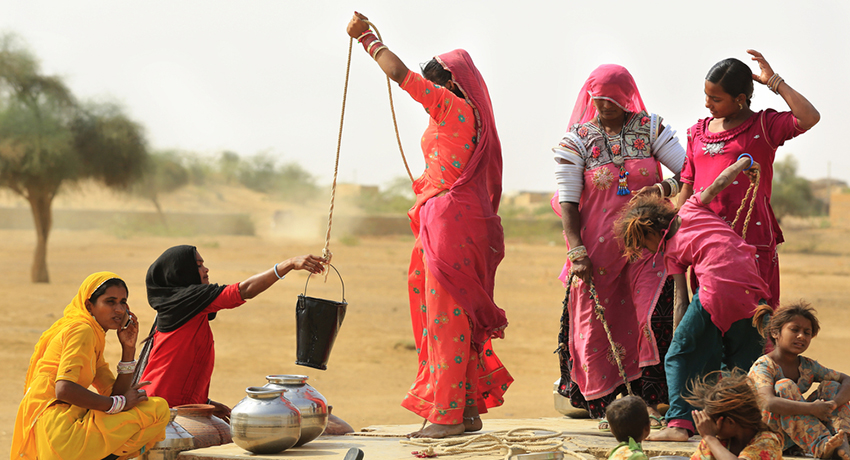 While climate change threatens livelihoods and security across the board, women and girls commonly face higher risks and greater burdens from climate change, particularly when they are living in poverty. Climate-related disasters also hit women hard, often due to restrictions on their mobility and access to information. Women’s unequal participation in decision-making and access to resources and information compound other inequalities and often prevent them from fully contributing to climate-related planning, policy-making and implementation.

That’s why it is so important to make sure that when countries determine how they are going to implement their commitments under the Paris Agreement on climate change, gender equality concerns are considered and integrated from the very beginning.

The cost of not recognizing the persistent and structural gender inequalities that undermine progress for women and sustainable development is steep. Despite their substantial role in agriculture, for example, women across regions have less access than men to productive resources and opportunities – from land and livestock to education, agricultural extension, financial services, and technology.

Despite their substantial role in agriculture, women across regions have less access than men to productive resources and opportunities – from land and livestock to education, agricultural extension, financial services, and technology.

Leveling this playing field would have a dramatic impact on agricultural production and food security and build community resilience to climate change. According to the UN’s Food and Agriculture Organization, simply giving women the same access as men to agricultural resources could increase production on women’s farms in developing countries by 20 to 30 percent, raise total agricultural production in developing countries by 2.5 to 4 percent, and reduce the number of hungry people in the world by 12 to 17 percent, or 100 to 150 million people.

Unfortunately, most national contributions for meeting the Paris Agreement commitments have yet to consider gender issues. An analysis developed by UNDP found that out of 161 Nationally Determined Contributions (NDCs) outlining how countries expect to meet their climate change targets, only 65 countries (40 percent) made even a single reference to gender equality or women. Thirty-five countries referred to the role of women in adaptation, but without specific mention of key sectors or women’s roles. Only 18 countries recognized the role of women in climate change mitigation, primarily in relation to energy emissions, sustainable or biomass energy, and livestock. This insufficient, non-specific inclusion of gender equality underscores the need to support countries to translate gender equality intentions into concrete action and policies.

Most national contributions for meeting the Paris Agreement commitments have yet to consider gender issues.

For this reason, UNDP and the Government of Germany have included in their joint NDC support activities a specific component to help countries ensure that women both benefit from and participate equally in climate change mitigation. The 10-country initiative, which recognizes women as real solution providers and not just marginalized victims, will identify gender gaps and barriers through national analyses and consultations on gender trends and the different circumstances of women and men in key climate sectors.

It will build capacities of decision-makers and ensure that institutional frameworks and coordination mechanisms integrate gender considerations into climate planning.  It will also support the integration of gender equality in policy and planning, including through gender disaggregated data and indicators for monitoring and reporting, in instruments such as Low Emissions Development Strategies (LEDs) and National Appropriate Mitigation Actions (NAMAs).

By addressing the interlinked processes of climate change and gender equality, and integrating them into implementation plans and policies, we can ensure that the good intent of the Paris Agreement is translated into actions that lead to successful results and sustainable development that benefits all.

This post appeared on the UNDP blog, and is republished with permission. The original post can be found here.