One hot summer’s day in 2000, an idealistic five-year-old girl rose from her seat and proclaimed in front of her entire class that one day she would be Prime Minister of Australia. The proud daughter of an Indian-Kenyan migrant, she knew from a young age that her purpose in life was to serve her community.

Despite her rebelliousness, she was first and foremost a dreamer. But that day at school, she was told to sit down and start ‘acting more like a girl’. This was the first time she was confronted with the reality that some of her dreams would be harder to follow – or even out of reach – because she was born a girl. 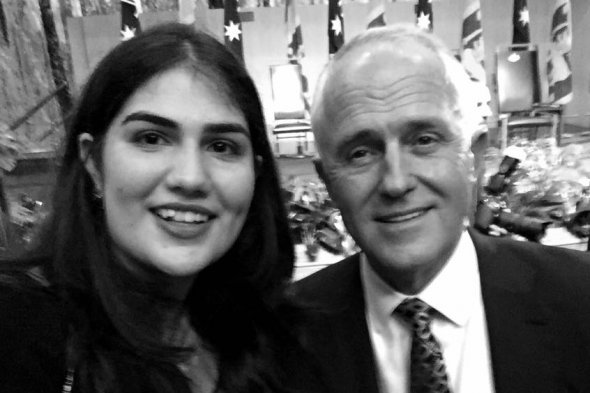 Seventeen years later, that girl is now a 22-year old woman, a little bit older, a lot more fearless and more passionate than ever. This woman now travels around our country and internationally fighting for the rights of children and women.

She works and volunteers with the United Nations and NGOs like Plan International, she sits on the board of the Australian Youth Affairs Coalition (‘AYAC’), and runs her own social enterprise. She has had conversations with former President Barack Obama on health reform, whilst balancing a double degree at university. You might say she has a lot on her plate.

Spoiler alert: that five-year old girl was me. Looking back, I wish I could tell my younger self that times have changed, that in 2017, young girls are encouraged to pursue their dreams and have the ability to turn their dreams into a reality. But unfortunately, almost two decades on, girls in our country are still facing a dream gap between what they are capable of and what they are allowed to be.

Last year, Plan Australia and Our Watch surveyed 600 girls aged 15 to 19 to tell us how they feel about gender inequality.

Nine out of 10 girls reported they are not treated equally to boys. Half feel they are not valued for their brains and opinions over their looks. And five out of six girls believe that they are not given the same chances in life to get ahead as boys.

Caitlin during a visit to the United Nations Headquarters in New York.

Realising we’re moving further away from achieving gender equality in our country, I decided to change my dream. This time, I was determined to take over the Australian Federal Parliament. On October 18 2017, nineteen girls from all walks of life will be taking over Ministers and Senators positions for the day under Australia’s first Plan International Australia #GirlsTakeover Parliament Program.

The program is a call for a social and political revolution to tear down the barriers that continue to hold girls back. When girls have equal opportunities, they can transform their lives and communities. Without this, gender equality is impossible.

When girls have equal opportunities, they can transform their lives and communities.

It is my hope that our program will inspire millions of girls to believe in their abilities and to give our Federal Parliament the incentive it needs to tear down the discrimination and prejudices that continue to hold girls back. By taking over Parliament, our program will ensure girls and their lived realities would no longer remain invisible to our government and policy makers.

Prime Minister, it is time we tackle the double burden of discrimination girls face every day by being both young and female. We need to break down the wall of resistance in their struggle to progress and realise their dreams. The first way we can do this, is through the #GirlsTakeover program.

Like US Presidential Candidate Hillary Clinton said, girls are the “heroes and history-makers, the glass ceiling-breakers of the future”. If our country is to achieve the economic and sustainable growth your Government seeks, the secret, I believe, is to ensure the inclusion of 50% of our population. But first, we need to tackle the culture that aims to silence girls and their dreams.

Girls are the “heroes and history-makers, the glass ceiling-breakers of the future”.

Prime Minister, don’t you think it’s time to close the dream gap? As a grandfather, don’t you want your granddaughter to grow up in a society where she knows how powerful and valuable she is to her country?

This October, Australia is stepping up to lead Plan International’s global call to action and we need you and your party to join us. Last year, girls took over the positions of your international counterparts, Prime Minister of Canada Justin Trudeau, President of Nepal, Bidhya Devi Bhandari, and Vice President of Paraguay Horacio Cartes, alongside 300 other leaders. 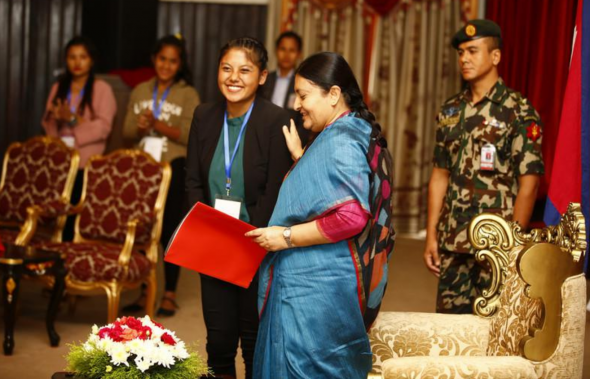 In her role as the President of Nepal during #GirlsTakeover 2016, Sajju, 17, presented an action plan on girls’ rights. Photo: Plan International.

By participating in our #GirlsTakeover program, you will send a strong message to every woman and girl that not only do they deserve every chance and opportunity in the world, but your Government is committed politically to make sure this happens.

So far, the leaders of every major and minor Party have agreed to be involved, except for the Liberal and National Coalition and Pauline Hanson’s One Nation Party. And recently, Prime Minister Trudeau accepted a #GirlsTakeover Challenge via a Tweet. If your colleagues and heads of other countries can do it, why can’t you?

Together, you can help us to ignite girls’ belief in their own potential, and maybe, just maybe, by closing the dream gap between what girls are capable of and what they are allowed to be, we will inspire our next future female Prime Minister.