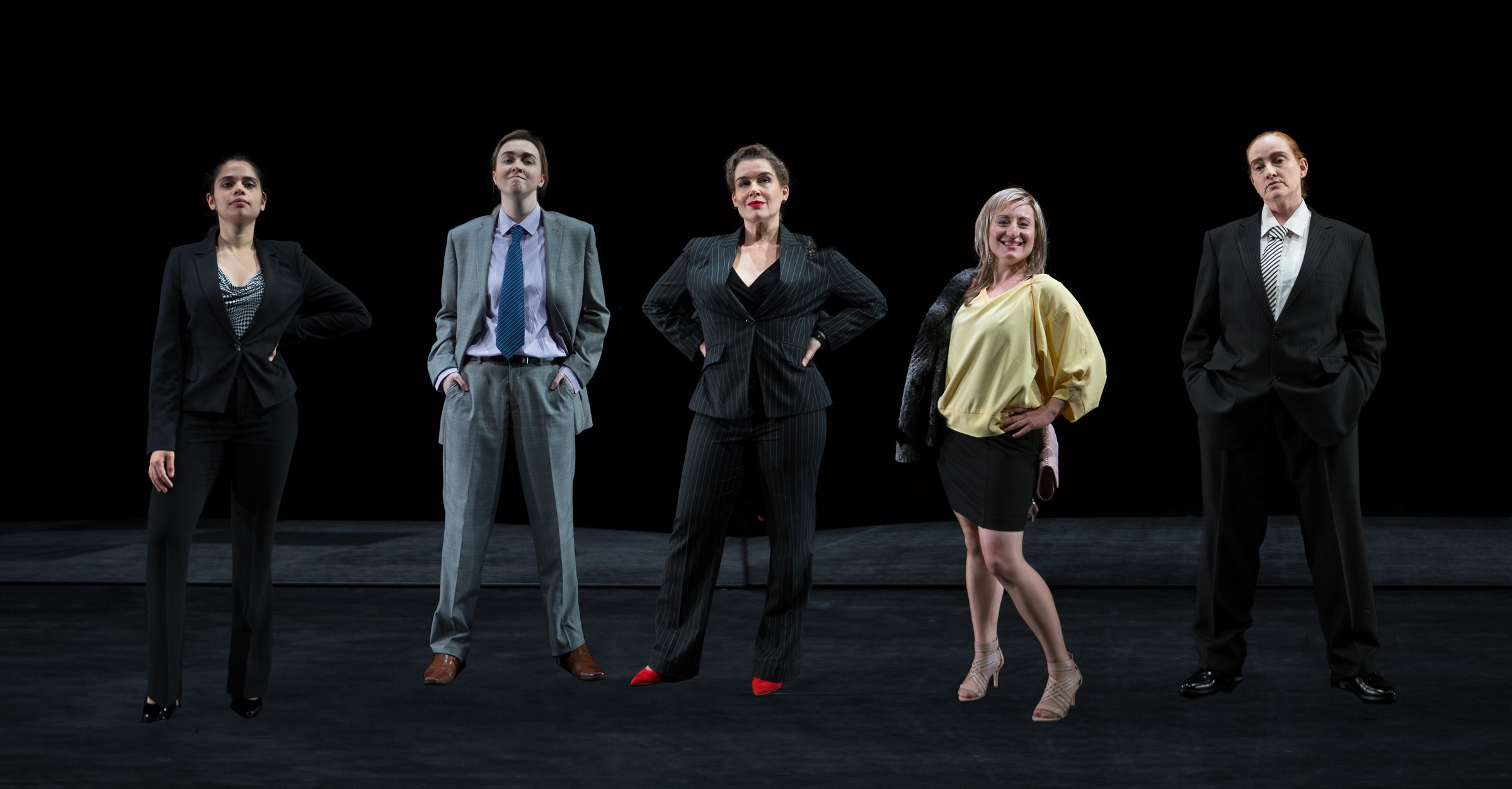 ‘Boys Will Be Boys’: a theatrical gender flip

The world stands still as more and more women step up with allegations of sexual harassment and assault against Harvey Weinstein. In response, stories accompanied by the hashtag #MeToo have flooded social media. Once again, we are left questioning how best women can respond to a world dominated by masculine power.

In Australia’s national capital, Canberra, The Street Theatre is preparing to stage Melissa Bubnic’s Boys Will Be Boys, a play that centers on this vexed gendered paradigm. The play was commissioned by the Sydney Theatre Company in response to the 2011 ADFA sexual assault cases, and provides a searing account of the misconduct that occurs in male-dominated industries.

Boys Will Be Boys is set in the high-powered, fast paced world of finance, a deliberate choice by Bubnic, in order to engage a broad audience. The play does not apologise for its ruthless commentary on discrimination, masculinity, gender relations, sex work, and corporatism. It uses satire to cut through political correctness and to explore the realities faced by twenty first century working woman. 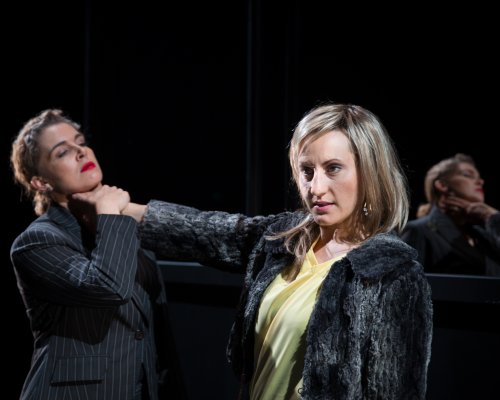 Boys Will Be Boys does not apologise for its ruthless commentary on masculinity and discrimination. Photo: Novel Photographic/Michelle Higgs

Research outlines the many challenges facing women fighting to rise in male dominated industries, where they are often caught in a gender double bind, held to a higher standard; suffer from unconscious bias; harassed, interrupted, excluded, and of course, paid less. In response, countless mechanisms have been instituted; from quotas, to mentorship programs, we consistently tell women to speak up, ‘lean-in‘, and ask for more.

However, it is unclear how successful these policy initiatives have been. Women are accused of having an unfair advantage in the job selection process, they are not given more money regardless of whether or not they ask, and reporting sexual harassment can lead to a loss of opportunities, a loss of favor, a retaliation, and in some cases a loss of employment. This begs the question: to what extent are policies capable of changing culture?

Boys Will Be Boys passes no judgment on the world it simulates Photo: Novel Photographic/Michelle Higgs

There is a long and strong history of art being used as a social critique. The political satire of Aristophanes, through the plays of Bertolt Brecht, to modern theatre including productions such as Angels in America, RENT!, and Hamilton all demonstrate this point. But Boys Will Be Boys occupies a very different, though equally important political space – one that does not critique but provokes. It passes no judgment on the world it simulates, but instead asks the audience to question how they feel about it.

In a world increasingly consumed by adversarialism and outrage, Bubnic’s satire utilises doubt instead. In theatre, the audience is necessarily silent; at no point are they required to signal their point of view in response to what they are being presented. This non-existent right of response is unusual in a world where we are consistently asked to voice our reaction to the media, research, politics, and more.

This permits the audience to connect with an issues from a place of emotion, rather than logic

This allows subjects to be approached without conflict, and permits the audience to connect with an issue from a place of emotion, rather than logic. By detach from the axiom of social behaviour, theatre provides a space for honest reflection in a world that demands outraged certainty. Boys Will Be Boys weaponises doubt, placing its audience in an emotional simulation and asking them to question their logically or morally based beliefs. 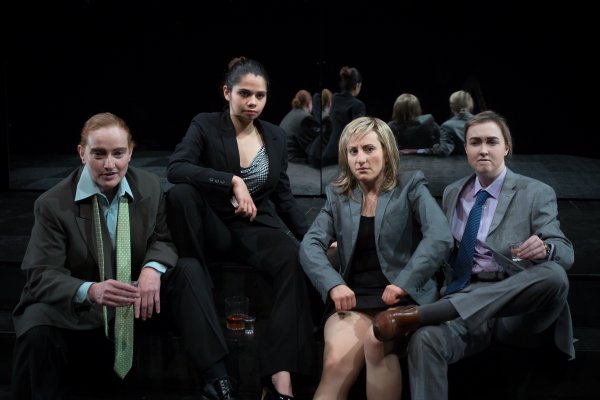 The all-female cast forces the audience to categorise and reinforce the gender category of the characters Photo: Novel Photographic/Michelle Higgs

The show is performed by an all-female cast, a tool used to mechanise category politics. As an audience, we are forced to categorise and consistently reinforce the gender category (in some cases incongruous with the gender of the actors) of the characters we see on stage. Each category is laden with expectations; from how people act to how others react to them.

In this, we can see the importance of having female actors playing the roles of men. Gender is no longer an accident of casting, but a purposeful decision made to highlight its importance in the world we are observing. As such, every action performed on the stage is consequently viewed through a gendered lens. We must participate in the constant reaffirmation of gender and the role it plays in what we are viewing.

Gender is no longer an accident of casting, but a purposeful decision made to highlight its importance in the world we are observing

In the modern world, perhaps theatre is the antidote to outrage, the one thing that can force us to slow down, and connect with the human experience. Perhaps it is the best way to make a message float above the noise.

(‘Boys Will Be Boys’  won critical acclaim from Sydney audiences at the Sydney Theatre Company.  It opens in Canberra, at the Street Theatre on 28th Oct 2017. BroadAgenda Subscribers receive a discount ticket price of $39 for groups of 10. Call the box office for details)