The 50/50 by 2030 Foundation gave birth on International Women’s Day, 8 March 2017. And what a big babe! We called her BroadAgenda and she’s been busy whipping up a storm of ideas, views, commentary and analysis, under the sharp gaze of a gender lens ever since. 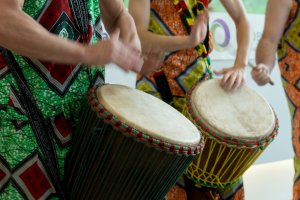 Since launching we’ve published over 150 blogs, of which 95% have been original commissions. And we’ve had 112 contributors write for us, from across ten nations.

We’ve covered a kaleidoscope of issues as diverse as deliberative democracy; meritocracy; male feminism, misogyny, the women’s march; #MeToo  and sexual violence; online identities  and the representation of women in news media, along with women and populism. We’ve looked at gender quotas in Norway, and on Norwegian boards; followed with gender targets in Nepal; the Macron movement in France; male feminism in Finland; women in Iceland and feminist networks in the Pacific; along with feminism, facebook and fake news. We’ve run a series of blogs on the Women, Peace and Security agenda, along with various posts on SDG5  and the UN strategy for Gender Equality.

We’ve commissioned much discussion around women, work and the gender pay gap, with a particular focus on workforce participation and the G20 target ’25 by 25′, along with gender segregation in the Australian workplace. We’ve looked at sexism in Australian awards, academia, the judiciary, media and marketing, along with plenty of discussions around women in STEM. And we’ve published numerous blogs on women’s political participation, from women and politics in PNG, to mentoring women MP’s in Myanmar, and the political power of knitting nannies. In fact, there’s very little that hasn’t come under our gender lens.

And to top it off… we’ve had 1.57 million impressions on Twitter since March. It’s been a busy year!

BroadAgenda’s ‘mother-ship’ the 50/50 by 2030 Foundation was officially launched on 12 September 2017, in a grand event at the Museum of Australian Democracy (fondly known as Old Parliament House). In the lead up to the launch we blogged about the 50/50 Target, with Chief Editor, Virginia Haussegger AM, giving an overview in a 2 part series: Gender Equality-the 50/50 Project; and 50/50 by 2030- How’s Australia Tracking? You can catch all the speeches from our launch on the 50/50 Foundation website, including the stirring and passionate address by Natasha Stott Despoja AM, and a cracker opening by our Patron, Dame Quentin Bryce.

Since launching in March, BroadAgenda has had the great privilege of interviewing some fantastic men and women working in the gender equality space, including Dir of IGPA Prof Mark Evans, and the Vice Chancellor of the University of Canberra, Prof Deep Sani. In our very first week we were fortunate to meet with Prof Simone Chambers fresh from the US Women’s March. And later in the year Virginia sat down with Malaysia’s newest Human Rights Commissioner, Dr Niki Salida. 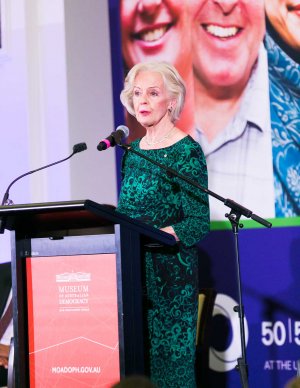 Our blog on the lack of women in Economics  stirred much discussion, as did Mark Kenny’s take on male feminism. Our NATSEM  colleagues have  provided fascinating insight into their research into underemployment among older women. And our friends at the Centre for Deliberative Democracy  have also been generous in sharing their views on a fantastic range of issues, including Simon Niemeyer’s take on gender in political representation: John Dryzek on gender equality through sortition and deliberation; Selen Ercan’s study on women knitters and the rise of small p politics; Nicole Curato’s fascinating take on Fortune 500 Feminism, along with many more. Gerry Stoker has given us terrific insight into women MP’s and work practices in the UK, and John Warhurst floated the rather fabulous, if not fanciful idea of job sharing for MP’s.

Even before the #MeToo phenomena swept the western world, BroadAgenda had published some difficult blogs around sexual assault and a personal story of rape. Later Lucy Parry explained how the global movement gave her strength. Pia Rowe dissected the little reported research that found Australian women executives are more ‘Asia ready’ to do business than their male counterparts. And we took a look at women and ‘interruption’ touching on some fascinating research by Joanna Richards.

And folks – this is only some of what we’ve been blogging about this year! BroadAgenda is rich with material. We suggest you take a look around.

But for now, we’re taking a summer break after what’s been an incredibly exciting, if not exhausting first year!

Until the New Year – Happy Reading!